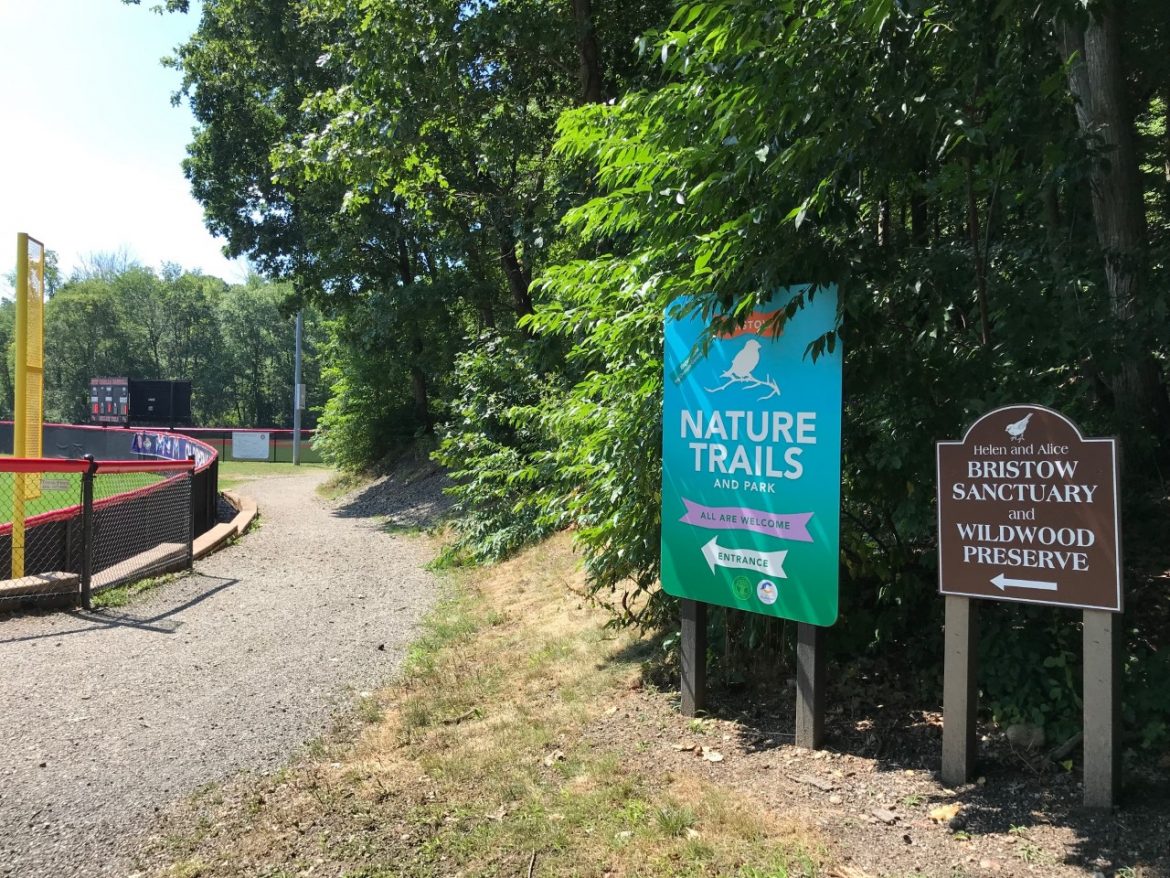 Town officials are pushing for improvements to a walking trail for one pedestrian entrance to an increasingly popular bird sanctuary in New Canaan.

As it is the heavy pebble walkway leading from the parking lot at Mead Park’s little league baseball fields to the Bristow Bird Sanctuary is “not easy to push a stroller across” and “difficult for older people to walk across,” according to Conservation Commission Chair Chris Schipper.

“If this is going to be part of our greenlink that will connect Waveny to Mead and Irwin and the Nature Center and that whole link, that pieces needs to be improved as will other pieces, but I would love to see that improved,” Schipper told members of the Parks & Recreation Commission during their July 13 meeting, held at Lapham Community Center. “It’s always been a back way into the park, but it’s never been very attractive from a park design standpoint. And I think working on that trail at some point would be a big plus.”

The comments came during a general update on Bristow from Schipper, who has spearheaded efforts in recent years to restore what had been a largely forgotten bird sanctuary and wildwood preservation ahead of its centennial in 2024.

“We should be able to do something,” Howe said. “What he is talking about is completely accurate. It was a service road when we built the fields. We put in a service road, but it’s used more as a walking trail than a service road. I agree with him completely.”

Parks & Rec Chair George Benington asked that the walkway behind the baseball fields at Mead be placed on the Commission’s agenda for September.

The discussion followed a 3-0 vote earlier in the week by the Board of Selectmen to approve an approximately $65,000 contract for additional trail installation and reconstruction, installation of a hilltop destination and overlook, various fencing requirements and some related landscaping improvements at Bristow.

The main entrance to Bristow is off of Route 106, roughly opposite Oak Grove Place.

Schipper said the centennial master plan for Bristow is on track and on budget. Officials have identified 89 bird species there, thanks in part to the protection of running water in Bristow, a pond, removing invasive plants and installing 26 bird houses and eight bird feeders, Schipper said.

Commissioner Keith Richey said Bristow “has become one of my favorite places for my wife and I to walk our dog.”

“We will then be sending it to the CTDOT [the state Department of Transportation] for review and permitting since Old Stamford Road is a State Road and an encroachment permit is required,” he said. “We are hopeful for a late season build this year or an early season build next year depending on how long the permit process takes.”

Here’s a podcast with Schipper about the Bristow restoration.