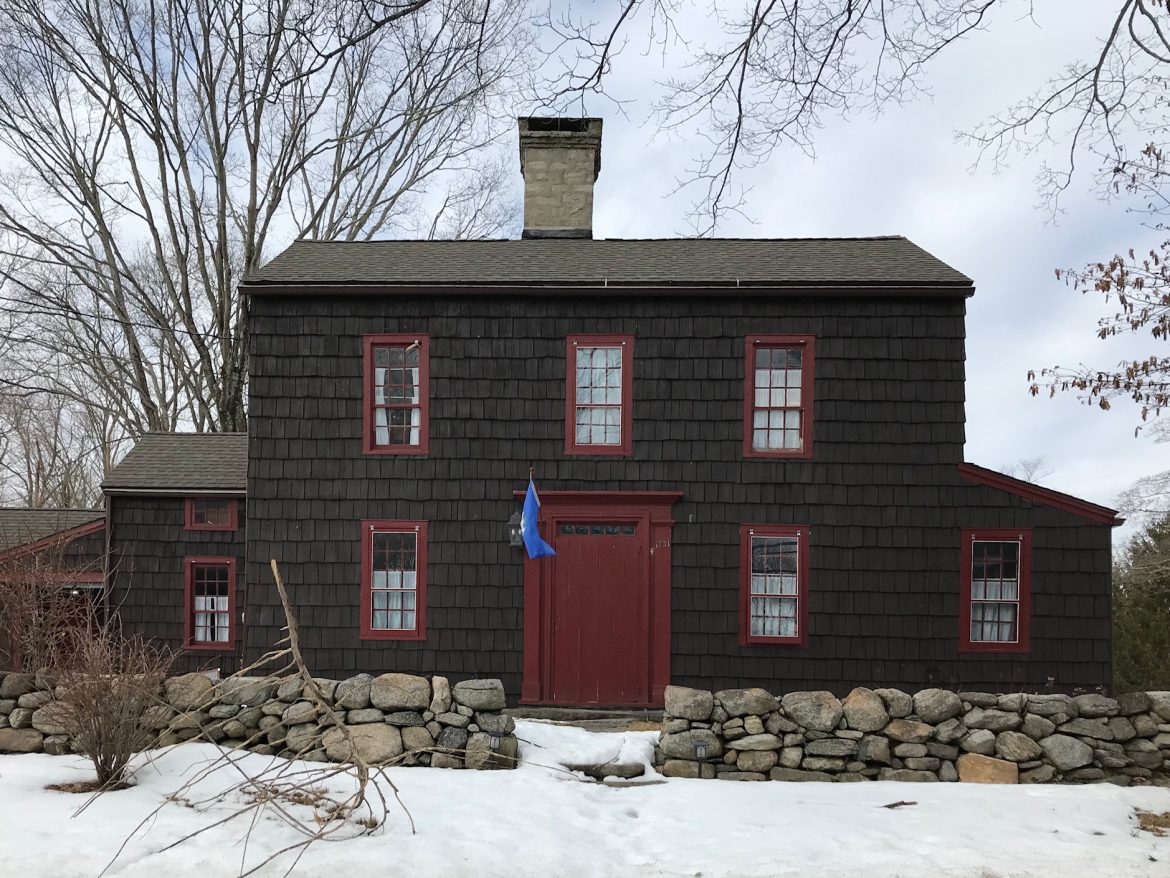 Saying the property is to be sold, the owners of an antique house on Ferris Hill Road last week filed papers in state Superior Court seeking to evict its tenant.

The tenant since April 2017 has occupied the 1735-built farmhouse at 8 Ferris Hill Road under an oral month-to-month lease, according to a complaint filed on behalf of the property’s owners by attorneys Marc Genier and Joseph DaSilva Jr. of Norwalk-based DePanfilis & Vallerie, LLC.

She’s been paying $900 in monthly rent, according to the complaint, filed Feb. 9.

On Jan. 27, the plaintiffs advised her that the rental agreement would not be renewed after Jan. 31, the complaint said. On Feb. 3, they served her with eviction papers, it said.

“Although the time designated in the Notice to Quit Possession of the premises has passed, the defendant still occupies the premises,” the complaint said.

The plaintiffs listed in the Connecticut Judicial Branch include owners Emily and Tom Nissley, as well as a New Canaan resident who intends to buy the property and make it her primary residence, according to the complaint.

The home made headlines five years ago when its then-owner filed for a demolition permit. Local preservationists mobilized and formally objected to the demolition, securing a 90-day delay from an appointed town committee. Ultimately, the very week the home was slated for demolition, the Nissleys entered into a contract purchase agreement with the owner, saving the structure. They paid $1.5 million, tax records show, and said at the time that they intended to rent it out for several years prior to selling it on to someone who would also seek to preserve it.

An application that went into the Connecticut Commission on Culture and Tourism to include the home on the CT State Register of Historic Places called it significant “for its contribution to the settlement of New Canaan, Connecticut.”

The application continued: “According to a history written in 1947, the land upon which the home stands was a portion of a large division belonging to the sons and nephews of Joseph Hoyt,” the application said. “This tract included approximately all of the Canoe Hill road from where it leaves Carter Street, East, West, and North into Laurel Road.