Town officials are recommending that New Canaan offer three options for those seeking to donate benches in public parks—for example, in memory of a loved one—as well as a new “protocol” that caps the life of such a donated bench at 10 years. 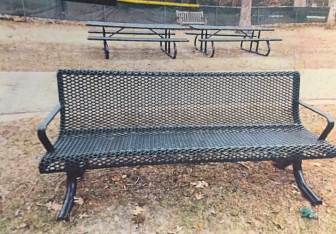 After that time, a donor would could renew its donated bench at the cost of a new one, under a draft policy now under consideration by the Parks & Recreation Commission.

Donating a bench for Waveny, Irwin or Mead Park would cost $1,500, while donation for an “athletic bench” at the parks would cost $1,000, under the proposed new “Bench Dedication Program Policy.”

The policy is designed to “streamline the work of the Parks Department and the Recreation Department” which often receives calls from people who want to donate a bench, according to Commission Chair Sally Campbell. 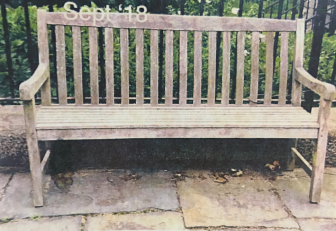 “And somebody will go, ‘Well I am just going to buy this bench and put it in,’ ” Campbell said during the Commission’s most recent meeting.

“But the bench has no connection to other benches in the park, so we are looking to try to get the same look,” she said at the meeting, held Sept. 11 at Lapham Community Center. “And the funds would— instead of buying the bench and giving it to us—instead they will send a check to the Rec Department for the cost of the bench and additional costs for the plaque and maintenance and installation costs and it will be a set fee, so now a policy in place for those who want to donate benches.” 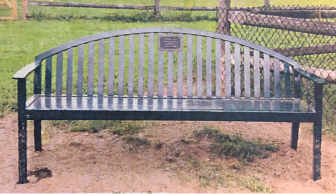 The Commission is scheduled to take up a formal vote on the policy at its meeting at 7:30 p.m. Wednesday.

The group’s efforts to get a more consistent look and feel among benches at town parks goes back several months. In July, Commissioners Laura Costigan and Francesca Segalas described the widely varying types of benches that now sit in New Canaan’s public parks—sometimes within a single park.

That randomness resulted from frequent donations from generous people, Costigan said, and the town’s policy is designed to deliver “a little bit more of a refined process” to minimize the randomness among benches in the parks.

Segalas said one of the three suggested benches is metal “and it is nice and heavy,” so that it’s “not easy to move around.”

“And it also looks nice enough that we thought that would be great in the Waveny parterre garden area and around the mansion,” Segalas said. “And so we still have to bounce it off the Garden Club.”

Campbell said weather-resistance, heaviness, attractiveness and appropriateness ranked among the criteria that the Commission considered in narrowing down the types of benches to offer up to prospective donors. In doing so, she said, members of the Commission spoke to various stakeholder groups—for example, residents involved in athletics, playgrounds and organizations such as the Waveny Park Conservancy and New Canaan Garden Club which help oversee the parks.

The proposed new policy is modeled on similar ones in places such as Central Park, Campbell said.

Parts of it may see changes prior to the Commission’s adoption. Commissioner Jason Milligan raised a concern regarding part of the policy that says an original donor has just 21 days from the time 10 years has lapsed to renew his or her donation with the Recreation Department. Milligan said that seemed like a short period of time.

Other parts of the draft policy include that “donors may request a specific bench location, but the Recreation Department will make the final decision” and “A maximum of three lines of ten and 30 characters per line is permitted on the bench-mounted plaques” (with Rec Department approval needed for the text itself).