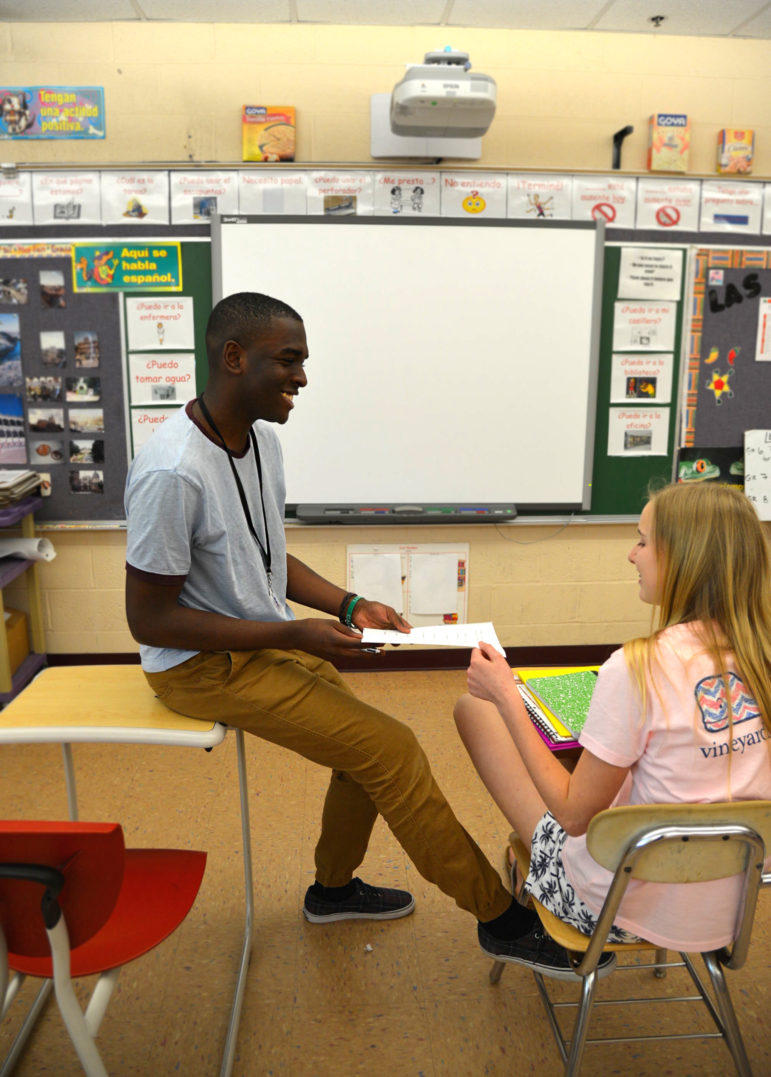 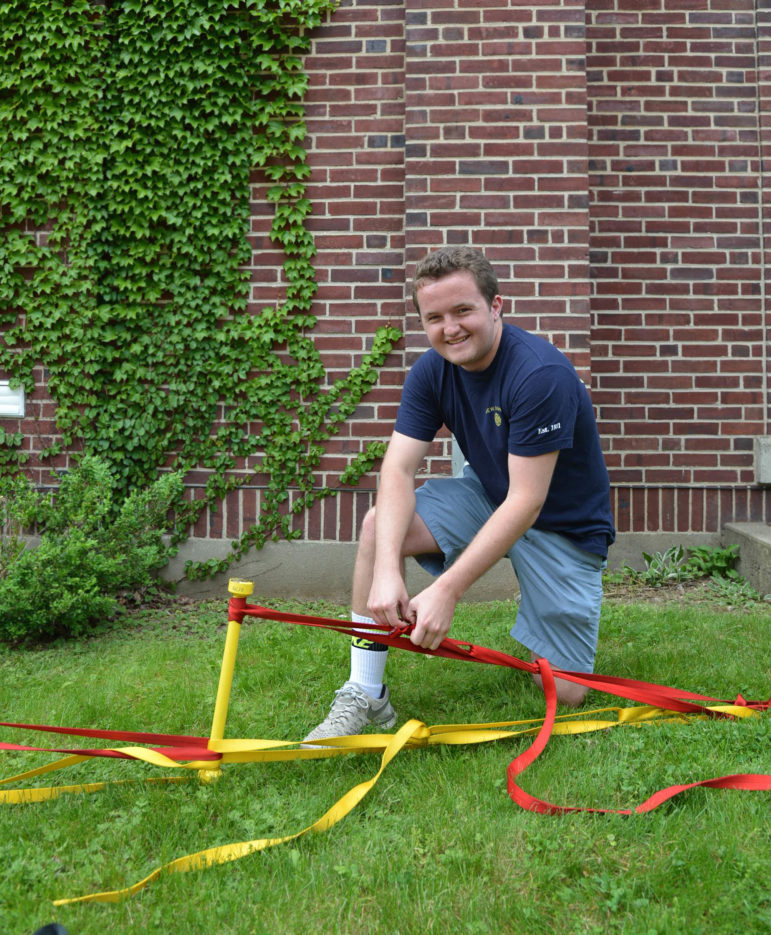 Peter Laverie works at the New Canaan Ambulance Corps, where he assists the team on runs to emergencies and accidents.

Maddie Kane, Katie Connor, Natalie Spruck, and David Strupp pause from their busy schedule at the New Canaan Library for a photo.

Maddie Kane and Katie Connor show off the kids section of the New Canaan Library.

Krishen Adalja works for Saxe Middle School’s math department and is one of their top copy makers.

Katherine Schlegel helps out at the Pet Pantry in town where she aids customers in purchasing pet supplies.

Claire Perry works at Saxe Middle school and specifically with Mrs. Vitale in the English Department. 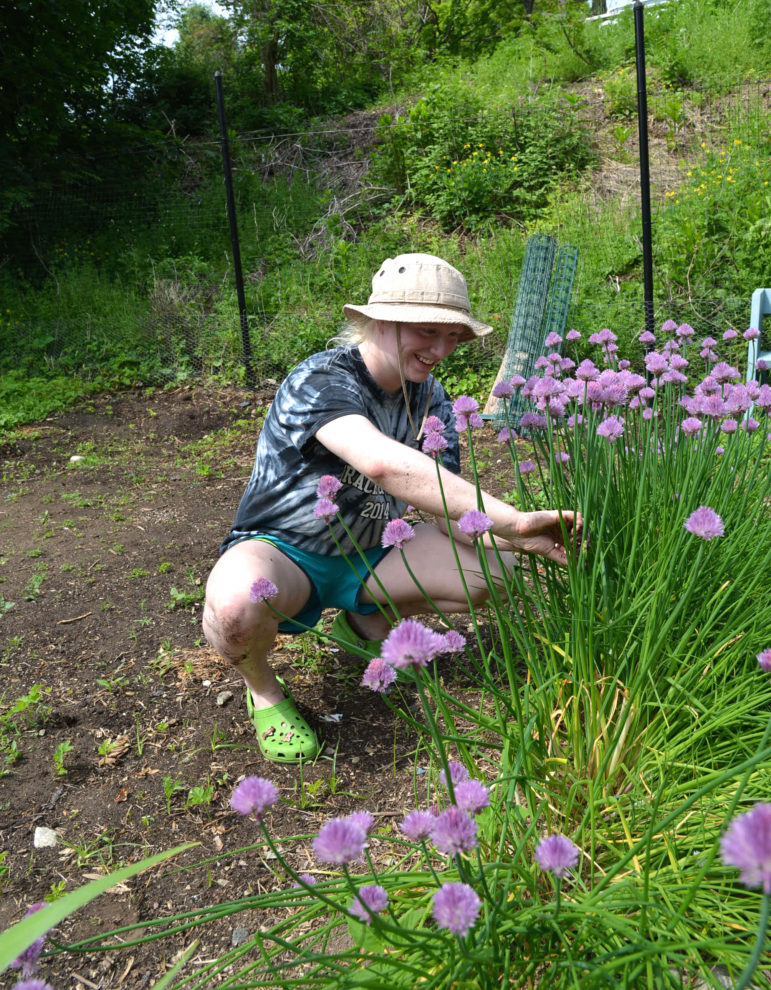 Callie Busch works in the vegetable garden at St. Mark’s which provides food to the New Canaan Food Pantry. Here she is seen harvesting chives.

This spring marks the sixth year of the NCHS Senior Internship Program and there are 160 students —double the amount over last year. In all, 119 unique sites host the teens, and the internships vary from oyster farming to accounting, art galleries to the New Canaan Land Trust. Scroll through the photo gallery above for a look at where many of the NCHS seniors are working.