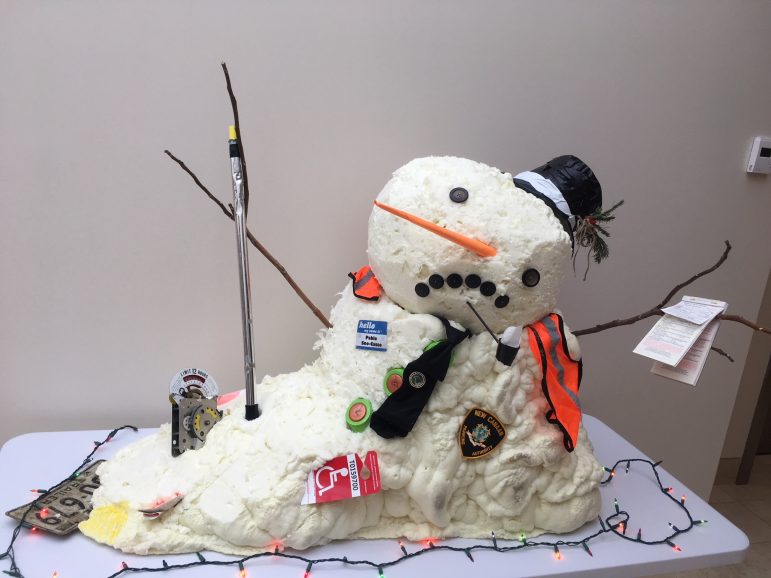 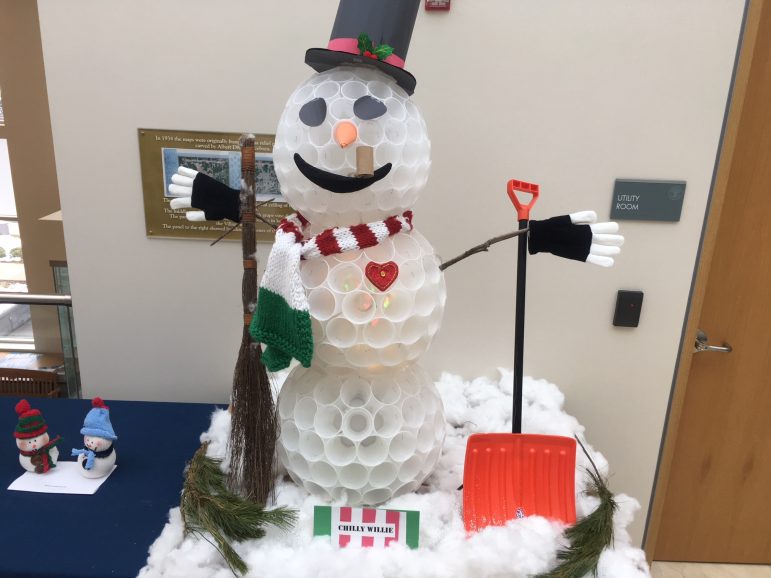 Chilly Willie earned an honorable mention at the contest.

The Fire Department's entry into the snowman contest featured used matchsticks as arms and hands.

This snowman is named 'Woody' and features cut logs for the body and head.

A close-up of the Town Clerk's office dog stuffed animal.

Kringle Belle is the Town Clerk's office entrant to the first-ever Snowman Contest among municipal departments. It underscores a theme of licensing dogs.

"Glitter," featuring shredded paper, is the Building-Health-P&Z-Inland Wetlands entrant to the Snowman Contest at Town Hall.

Cube Dude was a unique entry in this year's Snowman Contest at Town Hall for his shape. 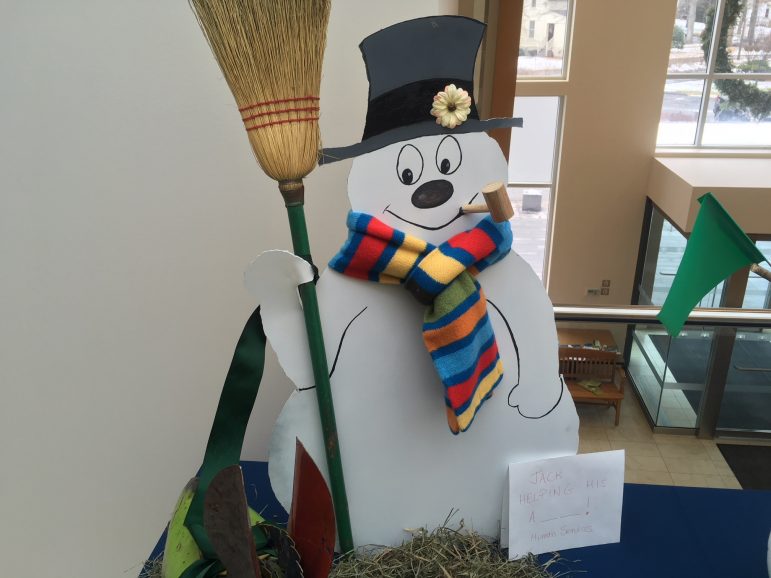 With limitations on height and prohibitions on working on the snowmen on town time or putting more than $20 into them, agencies from the Police Department and Parking Bureau to the Town Clerk’s Office and combined Health-Building-P&Z-Inland Wetlands juggernaut put their entries on display Monday.

They’ll remain prominently displayed for the rest of the week in the Town Hall lobby, according to Cheryl Pickering-Jones, New Canaan’s human resources director.

“I think it went great,” she said of the contest.

First Selectman Kevin Moynihan called the snowmen “fantastic,” saying he was “so impressed by the creativity and imagination of our town employees.”

“It’s going to be a very close call for Tucker Murphy to pick a winner,” Moynihan said.

He referred to the executive director of the New Canaan Chamber of Commerce.

Asked prior to judging about her task, Murphy said: “I will go in there and look at them all collectively and base my decision on the best.”

Ultimately, the Parking Bureau’s entry—“Pablo Snow-Casso,” the parts of his face discombobulated as his famous artist and namesake would have it, clutching an old book of parking tickets and trailing a license plate out back—won first place.

Second-place winners included “Chilly Willie” from the Human Resources Department for most authentic snowman, and the P&Z-Inland Wetlands entry for “most representative of a department,” as the snowman featured a base of paper shreddings and a small pond.

The idea for a snowman that included a dog came to her because “we are the Town Clerk’s office and we always had that cute little doggie that sits on the counter for people who come in to license their dogs,” she said.