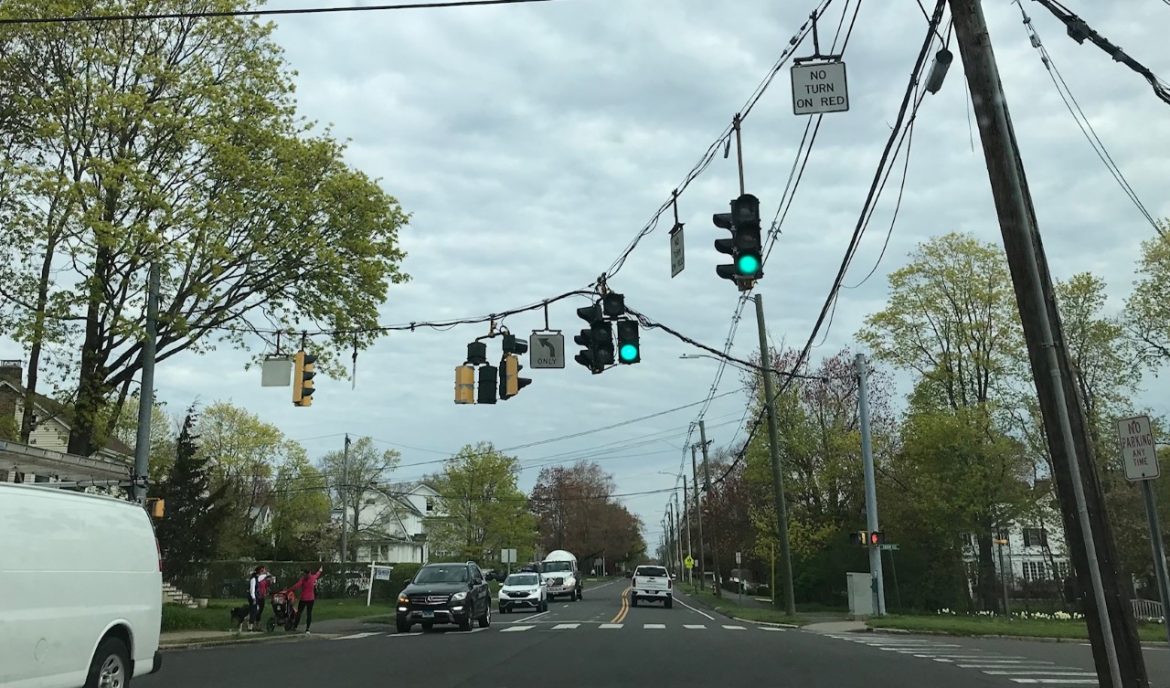 The intersection of South Avenue and Farm Road on the morning of April 27, 2021, looking north. Credit: Michael Dinan

A 12-year-old boy suffered minor injuries Tuesday morning after he was struck by a vehicle at the intersection of South Avenue and Farm Road, police say.

At about 8:17 a.m., officers were dispatched to the busy intersection on a report of the collision, according to a press release issued by New Canaan Police Lt. Jason Ferraro, the department’s public information officer.

Early findings show that the vehicle had a green signal and was turning left from Farm Road into the northbound lane of South Avenue at the time of the collision, the press release said.

An investigation is ongoing.

“The pedestrian had exited a vehicle that was stopped in traffic on South Avenue and entered the roadway to cross the street to get onto the sidewalk,” it said. “The pedestrian did not cross South Avenue in a designated crosswalk at the time of the crash.”

The boy, a Saxe Middle School student, was transported by New Canaan Emergency Medical Services to Norwalk Hospital for treatment and evaluation.