Police are seeking the owner of a black-and-white cat found July 4 on Talmadge Hill Road. 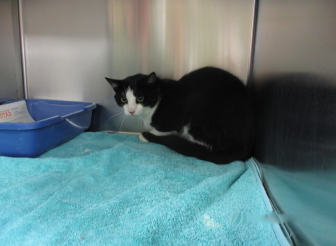 Believed to be male, the cat is in good condition and has no microchip, according to Officer Allyson Halm, head of the New Canaan Police Department’s Animal Control section.

He was hanging around near the Talmadge Hill resident’s home and taken in on Independence Day. On July 6, the cat bit that individual, believed to be in a playful manner, Halm said.

The cat is being quarantined at New Canaan Veterinary Hospital, she said.

If unclaimed, he becomes adoptable next Friday, according to Halm.