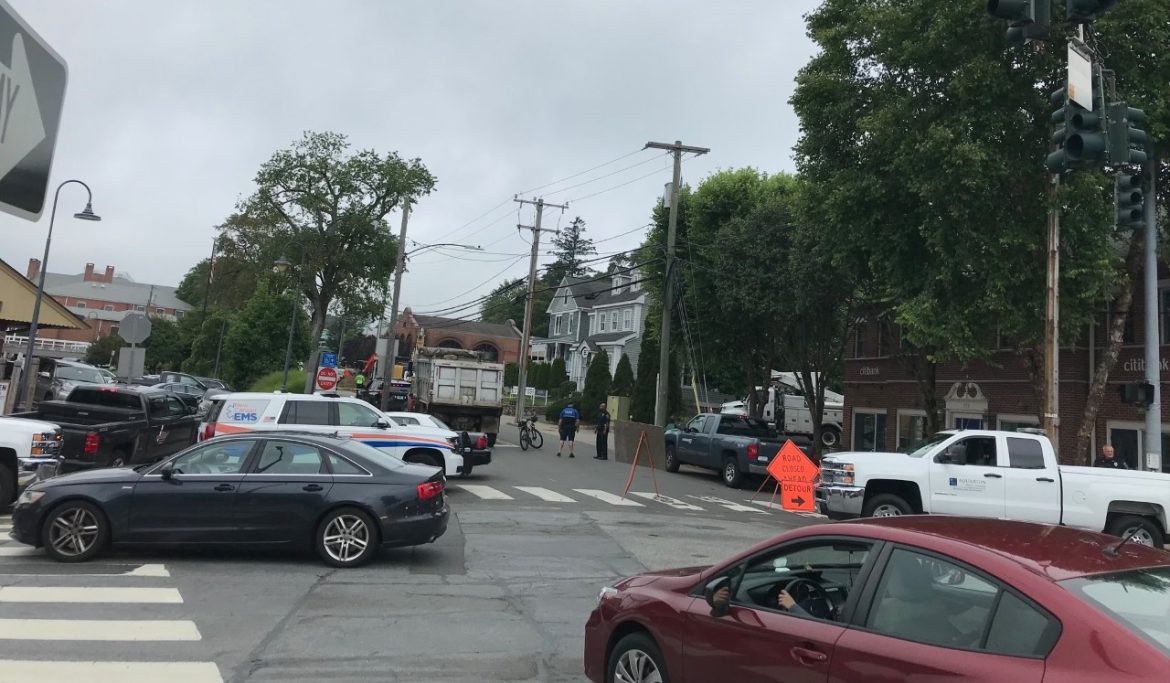 One worker was transported to the hospital with a burn injury after a utility crew struck a power line Tuesday morning in downtown New Canaan, officials say.

Power was knocked out at the intersection of Elm and Park Streets at about 9:05 a.m., according to a dispatch report. Eversource crews are expected to work on restoration through approximately 11 p.m. Tuesday, officials said.

The severity of the M. Rondano Inc. excavation worker’s injuries wasn’t immediately clear. He was transported to Norwalk Hospital, according to Police Lt. Jason Ferraro.

Although that stretch of Elm is an “area to avoid until late tonight,” Ferraro said, police will “do the best we can to allow access to local businesses.”

New Canaan Police, Fire and Emergency Medical Services units responded to the incident, according to personnel on scene. An Eversource truck also could be seen at the busy intersection near the train station.

The excavation worker was digging and came to a pipe that the crew couldn’t identify, and drilled into the pipe, leading to the electrocution, police said.

The stretch of Elm between Park and Grove Streets, already limited to one-way traffic for a water main project, was further closed while the utility company worked to restore power. The Occupational Safety and Health Administration was contacted, Ferraro confirmed.

This article has been updated with information from police.