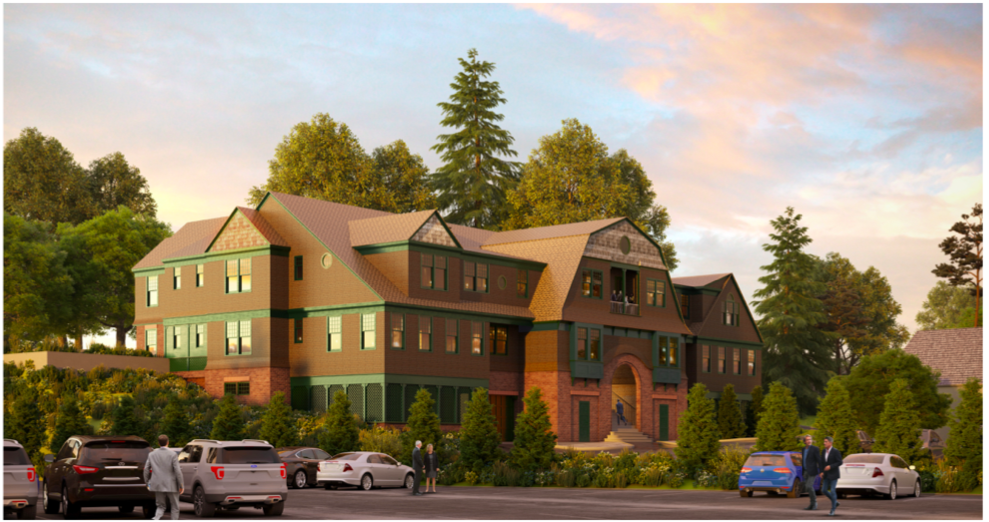 The owner of properties planned for a mixed-use development at the edge of downtown New Canaan last week filed a motion to intervene as defendant in an active lawsuit regarding the Planning & Zoning Commission’s approval of the project. 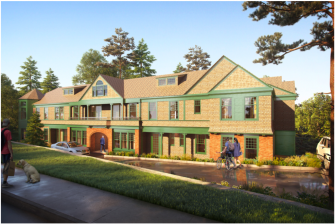 Tom Sanseverino has joined P&Z as a defendant in an appeal brought by neighbors regarding a 12-unit residential building and 315-square-foot commercial space planned for Husted Lane, a short dead-end that runs behind the northwest corner of Locust Avenue Lot.

The plaintiffs— a limited liability company that owns 46 Main St. and the Oenoke Association, whose condos are located on Heritage Hill Road—are seeking to undo P&Z’s October approval of multiple applications filed on Sanseverino’s behalf.

Initially filed last November, the suit appears to have been re-filed Jan. 5 in two separate complaints, according to Connecticut Judicial Branch records—one appealing Special Permit and site plan approval, the other appealing a zoning boundary change.

According to the latter complaint, P&Z’s approval of the applicant’s request to change the zoning boundary from the B Residence Zone to the Retail B Zone “was illegal, unlawful, arbitrary” and in abuse of the Commission’s powers. The plaintiffs “are statutorily aggrieved” and also “classically aggrieved because the decision will cause the plaintiffs special harm and injury,” according to the complaint, filed by Bridgeport-based attorney Joel Green of Green and Gross PC.

The next hearing in the matter is scheduled for Thursday, according to Judicial Branch records, though Superior Court Judge Robert Louis Genuario on Tuesday ordered that the remote administrative appeal be continued to July 22.

P&Z is represented by Westport-based Berchem Moses PC, the town attorney’s firm. It’s unclear how much money the town has spent on the matter in legal fees, or whether the fees are covered by an $8,500 monthly retainer. The lawsuit doesn’t appear as an individual line item or legal matter in a legal bill approved June 15 by the Board of Selectmen.