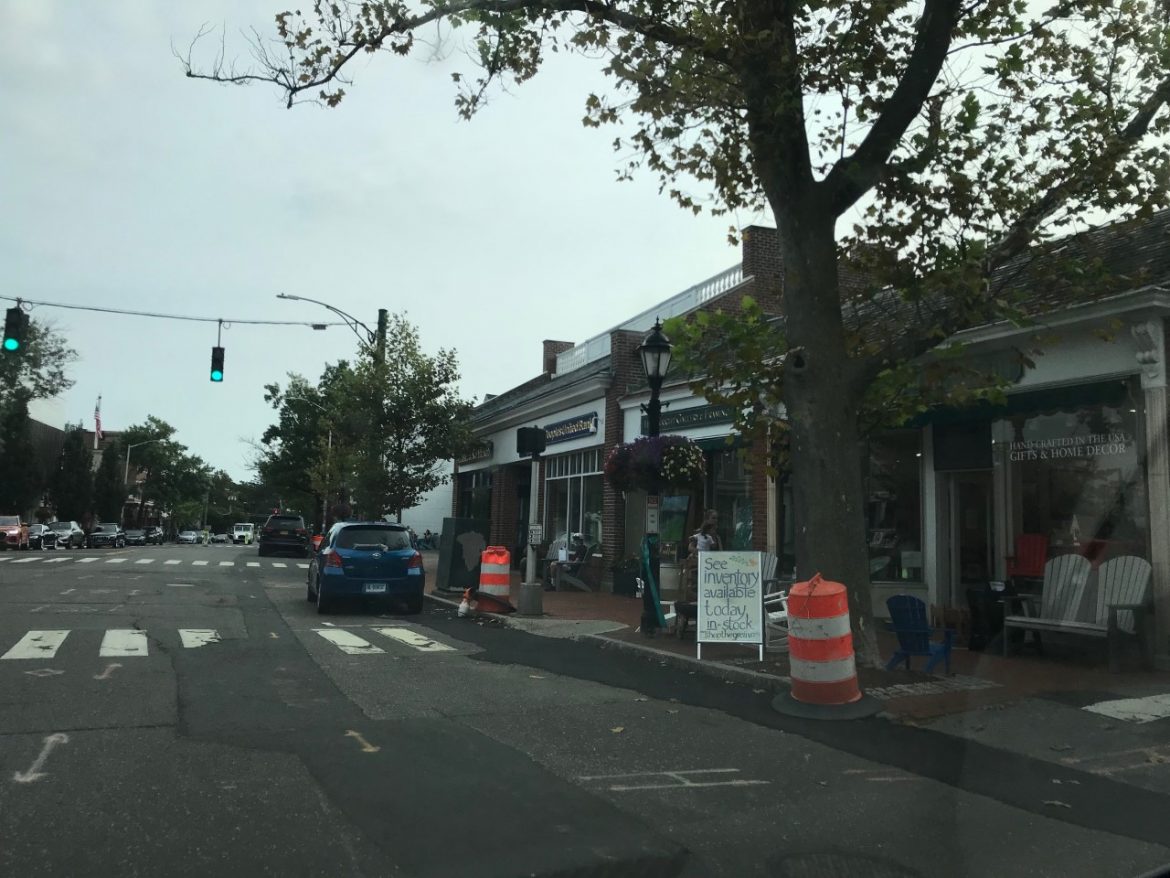 Town officials say they plan next spring to repair downtown roads dug up this summer as part of long-planned infrastructure projects.

“We’re hoping in the springtime to come through and start to take care of the majority of the roads in and around the downtown area, or specifically from along South Avenue, between South and Main or South and Park,” he said during a regular meeting of the Selectmen’s Advisory Committee on Buildings and Infrastructure, held via videoconference. “We are hoping to satisfy all that and get our roads back, [get] these roads back in shape.”

“Even with these roads here, we are at about an 84 and change, which is phenomenal, better than anyone else around us in Fairfield County,” he said. “The fact that everyone comes into the downtown and the downtown is not in great shape makes us look like we are not holding [up] our end of the bargain.”

The comments came during an update on building- and infrastructure-related projects throughout New Canaan.

Mann said that the town has given the utility company an additional year to improve roads dug up for work such as the natural gas installation since 2020 was lost due to the COVID-19 pandemic.

“The only thing I have told them is they need to pave lower Main Street or we need to pave lower Main Street at their expense, and that’s from Farm Road to at least Oak Street if not Lakeview Avenue. We have eight separate procedures that they have to do in that area. I talked to the manager this [Monday] morning, he’s going to start scheduling those. And we believe there is one more service for someone on Main Street who wants it [a natural gas hookup] and once that is hooked up, we think everyone will be satisfied on Main Street. The other roads we have told them that we want to see happen, Park Street, Gower Road and then work our way through the rest of the roads.”

The rolling three-year moratorium that Mann referred to meant that any road dug up during installations in 2018 would need to be repaved in 2021, 2019 in 2022, and so on. However, the repaving has been pushed back one year, Mann said.

Water main and natural gas work in downtown New Canaan commenced mid-July. This week, Aquarion is expected to finish its work in front of Town Hall and the firehouse, Mann said. Next, Eversource will work in in the same area of Main Street for about 10 days to finish a natural gas extension from East Avenue to Locust Avenue, and then down to the intersection of Locust at Forest Street for the new condos there, he said. Meanwhile, Aquarion has at least one more month of work to do in downtown New Canaan after Eversource is done, he said.

“They [Aquarion] will be working concurrently on Elm Street,” he said. “They have the main in now. That main has got to be pressurized and then has to be chlorinated, wait a week and then they will start the services back for the business in that area between Park Street and Grove Street. So there’s a lot of moving pieces going on in the middle of the downtown right now. Eversource has said that the moment that they finish the work out in front [of Town Hall], they’re going to start working in the back. Meaning that are going to come off of Park Street, and come down the driveway, the Park Street Lot, the Playhouse Lot and then hook up gas at the Town Hall and other facilities here. At that point in time, we are hoping to work in connection with the CHP [combined heat and power] unit and get that all working in one. So they are hoping that by the end of the season, they will have gas to Town Hall.”