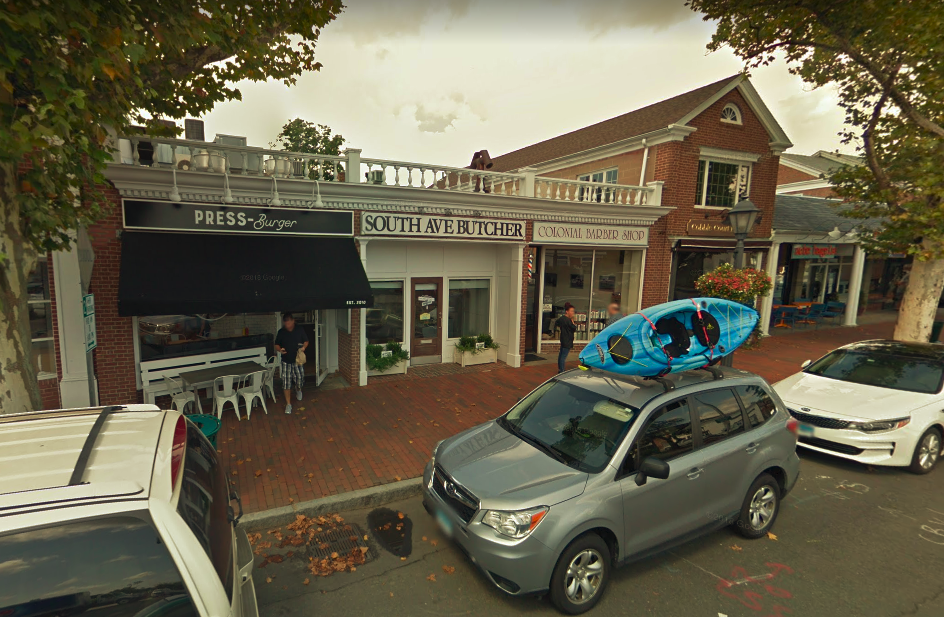 Members of the Planning & Zoning Commission at their most recent meeting put off voting on an application to open a tobacco shop in downtown New Canaan, saying they wanted advice from legal counsel prior to voting on a possible denial.

The business planned for 13 South Ave. would mainly operate as a cigar shop, with an 18-foot-long humidor taking up most of the commercial space there, according to applicant Laith Mustafa.

The storefront used to house South Avenue Butcher and very little work will need to be done, according to Stratford-based architect Andy Cominelli, representing the applicant.

“It’s a small retail space, an existing group of stores and the existing landlord has done some renovation work there and we are basically just moving into the space,” Cominelli told members of P&Z at their Nov. 16 meeting, held at Town Hall and via videoconference. “We are not even adding a wall. It’s just shelving, a counter, a humidor and that’s pretty much it.”

Under the New Canaan Zoning Regulations, site plan approval is required in the Retail A zone for retail shops, among other uses (see page 73).

Some on P&Z voiced concerns about approving the tobacco shop’s site plan application, saying that it’s an area where youth congregate and there already are such retailers in New Canaan—including along South Avenue at the same intersection, in two gas stations.

“I don’t think it’s appropriate to have a smoke shop in an area where schoolchildren gather, especially if they are going to be open from 10 in the morning to 10 in the evening,” Commissioner Claire Tiscornia said by way of proposing that P&Z deny the application. “The fact that they are going to be basically advertising on social media I think is targeting young teens and teenagers. It just makes me uncomfortable and I just don’t think it’s an appropriate spot.”

Commissioner Dan Radman asked how the proposed shop’s application is different from what Mackenzie’s used to sell just a few doors down, which included cigars as well as candy and stationery.

“It just seems a little arbitrary in my view, because they happen to be selling tobacco products, and the applicant did state their focus is cigars, that we be denying this application this application based on that whereas other establishments in town already sell similar products but we don’t have a concern about those,” Radman said.

Radman said he was playing devil’s advocate, because New Canaan could face similar questions if in the future a new liquor store or CBD store wanted to open.

“I just don’t want us to deny an application arbitrarily,” he said.

Ultimately, P&Z decided to put off its decision until it spoke to legal counsel.

Chair John Goodwin said he was concerned about an outright denial because “we generally have less latitude [on site plan applications] than on a special permits” and P&Z “may be going too far afield in our reasons for denial given that this is a site plan application.”

P&Z first took up the application at its October meeting, and closed the public hearing on the matter after addressing Mustafa and Cominelli.

Mustafa said the shop would “ID everybody” seeking to purchase tobacco products.

“We are not going to sell to anybody who is underage,” he said. “In our system, we cannot sell to anyone unless we scan ID.”

The Commissioners asked whether e-cigarettes and vapes would be sold (yes), what’s in the retail space now (nothing), whether flavored tobacco products would be sold (yes), whether the applicant has similar businesses elsewhere (yes, L&A Smoke Shop in New Fairfield), whether that shop has been cited for selling to underage people (no), what are the applicant’s planned hours of operation (not sure yet, might try 10 a.m. to 10 p.m., no later than that) what types of ads will be done (mostly online, including on social media, with what window displays are allowed under local regulations), whether the store will have surveillance cameras inside (yes) and whether the applicant is thinking of selling cannabis at some point (no).