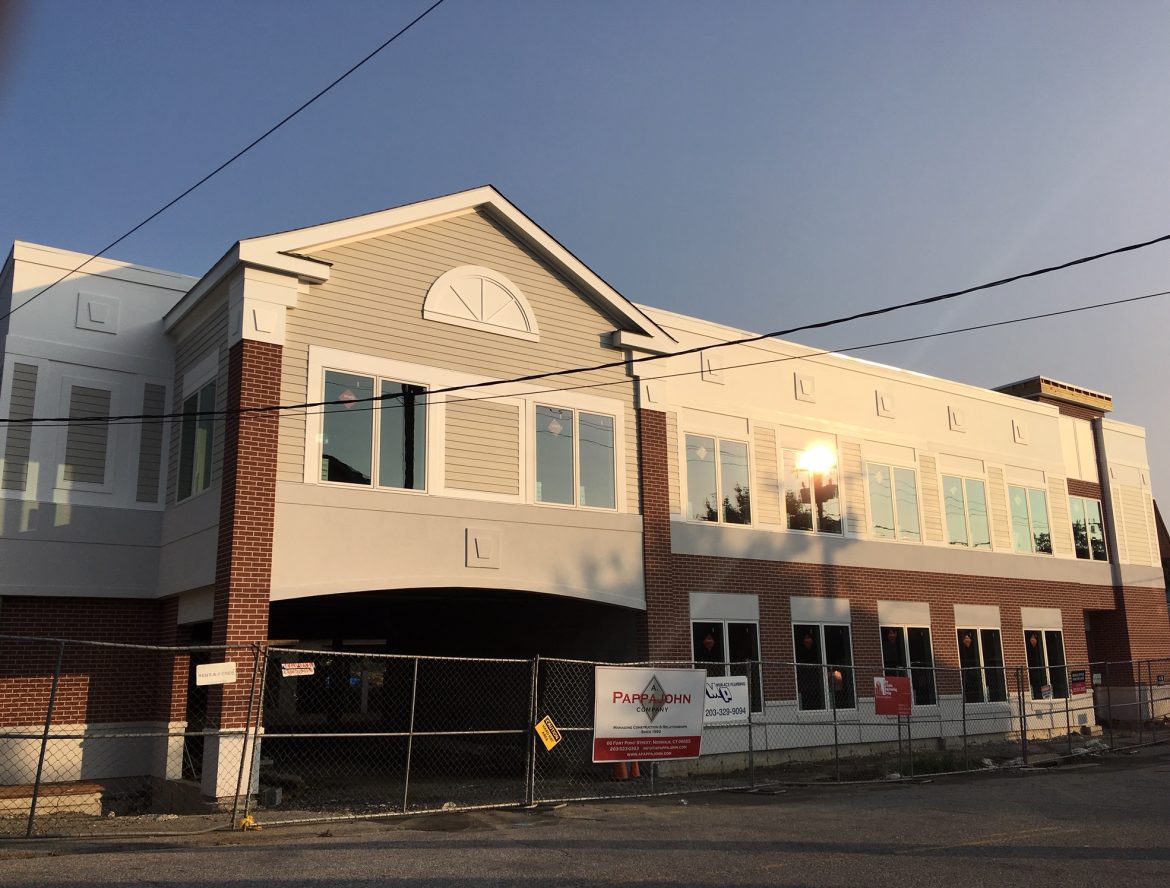 The town last week received an application to fit out a new Vitti Street mixed-used building for a pediatrics group.

The 20-room fit-out at 23 Vitti St. is for Riverside Pediatrics LLC, according to a building permit application received filed July 1 with the New Canaan Building Department.

The work will include new partitions and doors, new finishes of ceiling and walls and the addition of two half-bathrooms, according to the application. Responding to an email from NewCanaanite.com, officials at Riverside Pediatrics say they’re planning to open here in September.

The work will cost $175,000, the application said. The contractor on the job is Monroe-based Merritt Construction, the architect Crosskey Architects LLC of Hartford, it said.

The property is owned by New Canaan-baed Cambridge Hanover, an industrial real estate development firm. Through a limited liability company it controls, Cambridge Hanover purchased the .56-acre Vitti Street property in February 2016, tax records show. The company bought an abutting .36-acre East Avenue property behind it for $1.3 million in March 2018.

According to a description on Cambridge Hanover’s website, the mixed use building will include 10 “luxury residential” units as well as an 8,700-square-foot “medical office building.”

A proposed floor plan for the pediatric practice shows a series of exam rooms, a waiting room and offices.

Prior to the East Avenue acquisition, plans for the property—referred to on building plans as “The Gramercy”—called for eight residential units.

According to Secretary of the State records, Riverside Pediatrics LLC is based in Riverside, a neighborhood of Greenwich. The group did not return an email message left through its website.