SE Uncorked has earned an average score of 94 out of 100 on health inspections since opening two years ago, records show. 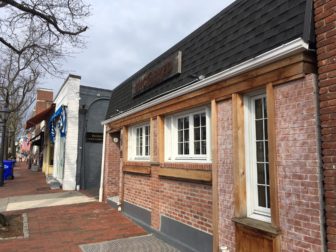 Occupying a prominent and longtime restaurant space at 15 Elm St., the cozy bar and small-plates eatery from Nick Martschenko has scored as high as 97 on unannounced inspections conducted by sanitarians with the New Canaan Health Department since earning a food permit in 2015, according to a review of the organization’s files at Town Hall.

Owned by Martschenko, who also is chef and owner at South End on Pine Street, SE Uncorked consistently has earned the equivalent of A’s and A+’s on its inspections (article continues below):

The intimate SE Uncorked space on Elm previously had been occupied by Picador. New Canaanites will remember that the space also had been Harvest Supper (which had an outstanding burger), and that restaurants operating in it before that include Blue Water Café (where Philip Johnson had been a regular), Nantucket Café and—going way back—Libby’s Diner.

Speaking to such high scores generally and not to SE Uncorked specifically, Sanitarian Carla DeLucia said an establishment would qualify as such if it is “without any four-point violations, without temperature violations and likely without any critical violations.”

SE Uncorked’s minor violations include labeling granular items throughout the bar and kitchen in clear containers and shakers (such as spices), removing the scoop from a container of stagnant water and storing eggs on the top shelf of a walk-in cooler, above ready-to-eat items such as celery and cheese.