One of New Canaan’s highest elected officials on Tuesday opened a discussion about whether the town secures multiple bids for work prior to approving contracts. 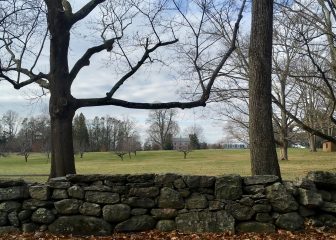 Selectman Kit Devereaux prior to voting in favor of a $4,420 contract with a Norwalk-based company to prune apple trees on the front lawn of Irwin Park asked during a regular Board of Selectmen meeting: “When something is that large, do we get a second opinion? Second bid?”

Tree Warden Bob Horan was not in attendance at the meeting, held in Town Hall. 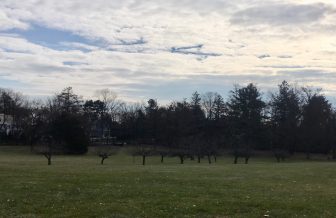 The town’s administrative officer, Tom Stadler, said other tree work typically is bid but that he didn’t know whether this particular item had been. It’s possible that the company, called The Care of Trees, are specialists, Stadler said.

Recreation Director Steve Benko said the contract has been bid out in the past and that the company “has done a nice job of bringing those trees back.”

“They prune them and bring them back to shape,” Benko said. “I know that he [Horan] has put them out to bid before. I assume they were the low bidder.”

Devereaux said she’d like an answer because “I know that a lot of people who would like that work, so I hope that we do get second bids.”

Stadler said that the same company has been doing the job at Irwin Park for the past two years and maintained its price.

Separately, Devereaux said she heard from a resident at Canaan Parish, the Section 8 housing complex at Route 123 and Lakeview Avenue, that “evidentaly a whole bunch of trees are coming down” because they’re said to be a threat to the housing “but the people who live there do not see a threat.”

Stadler said it could be a state job or Eversource job.