Town officials on Tuesday approved a privately funded project at Waveny that will see one of the park’s most heavily used trails overhauled to improve use and drainage. 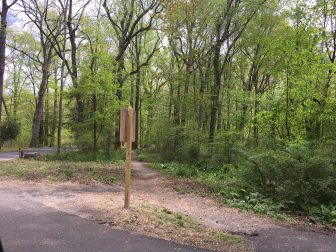 The Board of Selectmen at its regular meeting unanimously approved a $49,200 contract with a local landscaping company to reconstruct the trail that runs from Waveny’s South Avenue entrance, along the main road through the park to the “four-way intersection” at the foot of the hill.

To be completed in four sections, starting at the “four-way” and progressing eastward, is to be funded by the Waveny Park Conservancy.

The first section will include two stream crossings and already has been approved by Inland Wetlands officials, according to Tiger Mann, director of the Department of Public works.

Three companies put in bids for the job and their proposals were “quite tight,” coming in within $1,000 of each other, Mann told the selectmen during their regular meeting, held at Town Hall.

Local landscape architect Keith Simpson, a board member of the conservancy, described the project as “one of our top priorities” and said “we have every confidence that Peter Lanni will do a very good job.”

“It is amazing how quickly conservancies come together in bringing to bear substantial and generous funding to our town to assist in the restoration of Waveny,” Selectman Nick Williams said.

First Selectman Rob Mallozzi also offered “great thanks” for the conservancy’s initiative and generosity in funding the project.

Simpson noted that the conservancy “always manages to come in under bid,” to which Mallozzi replied: “We have been very fortunate in the last six years, we have not had a lot of things come in over budget.”

With Selectman Beth Jones, the board voted 3-0 in favor of the contract.

Jones asked whether the new trail will follow the existing one (yes, though it will be higher and wider) and whether the culverts at the stream crossings will match the ones now under the road (not in type but they’ll be stone-faced and “very nice looking,” Simpson said).