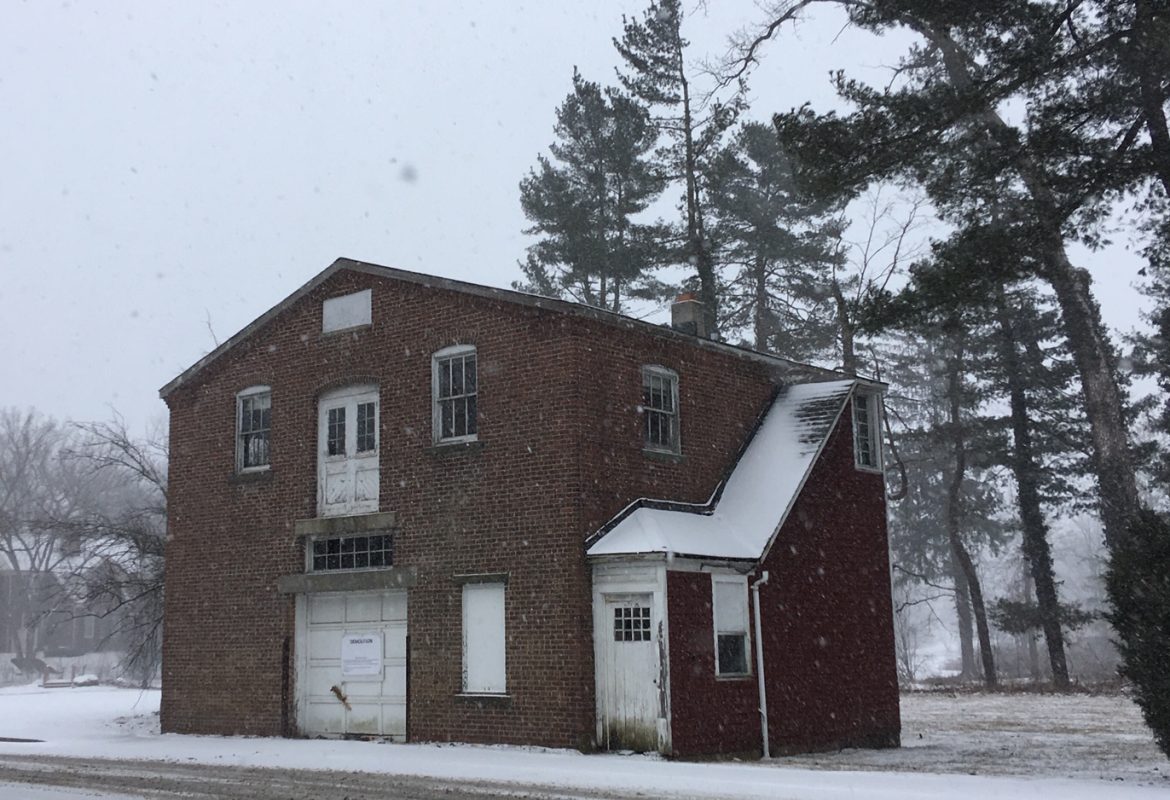 Saying a nonprofit group’s effort in planning for the restoration of the Mead Park Brick Barn warrants a stay of execution, the Board of Selectmen on Tuesday decided to forgo voting on contracts to demolish the long-vacant Richmond Hill Road structure. 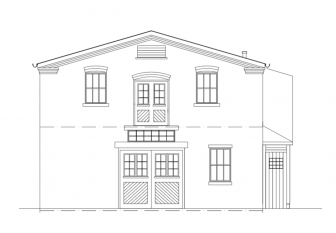 Now that the New Canaan Preservation Alliance has poured resources into developing architectural plans for the Brick Barn and identified viable funding sources so that its restoration and maintenance can be privately funded, the Town Council should “weigh in on this,” Selectman Nick Williams said during a regular Board meeting, held at Town Hall.

“You cannot recapture history, so I would like to send it back to the Town Council, and that is two weeks from now, and there will be a resolution within the next few weeks one way or the other, and I am committed to that,” Williams said.

He referred to the Council’s Feb. 27 meeting, saying that if the legislative body again votes to demolish the Brick Barn, “I would be inclined to go along with that.”

Williams and Selectman Kit Devereaux voted 2-0 to postpone the Board’s decision on the demolition contracts until fresh direction is had from the Town Council. First Selectman Kevin Moynihan, long a proponent for demolishing the building, abstained from voting on the motion.

Preservationists are hopeful that the Town Council is no longer deadlocked on the issue. That’s what happened last May, when Moynihan, as per the Town Charter, cast a tie-breaking vote that preserved $65,000 in a larger bonding package in order to raze the Brick Barn, and its demolition of appeared to be imminent.

But Moynihan also said at the time that he would hear from any organization that came forward with a viable plan for the Brick Barn’s preservation. When the Preservation Alliance presented its early-stage proposal to restore the century-old building—originally a Standard Oil fuel depot, from which horse-drawn wagons made deliveries in New Canaan—Moynihan dismissed it as not credible and the town put in for a demolition permit. Even so, members of the Preservation Alliance lodged a formal objection to the building’s razing, leading to a 90-day demolition delay while they launched a website advocating for its preservation and pushed for a long-term lease to use the Brick Barn as an office.

In October, after the 90-day delay had expired, the contracts to demolish the Brick Barn and dispose of its remains came before the Board of Selectmen for the first time. Yet Williams and Devereaux said the Preservation Alliance had earned the right to have more time in presenting a financially viable plan, and the Board decided to forgo a vote on those contracts.

Williams said he has spoken with members of the Town Council and that a vote on whether to demolish the Brick Barn will appear on its meeting agenda later this month.

Young was among those who addressed the selectmen during Tuesday’s meeting. She noted that the Parks & Recreation Commission had reaffirmed its own decision as an advisory body to demolish the Brick Barn, and that the Planning & Zoning Commission also voted to “abandon” the building, a requirement under state law in order to raze it.

“We [the Town Council] have now voted two times to demolish the building and I ask with all due respect to the bodies that do make decisions before it comes to you that you respect that process and not nullify those respective votes by disapproving the contracts,” she said.

An attorney hired by the NCPA has found that the Town Council may legally undo its decision to fund the demolition of the Brick Barn.

Amy Murphy Carroll, a Board of Finance member who with Young co-chaired a committee that recommended the demolition of the Brick Barn, said that while “we all respect the cultural heritage of New Canaan,” the town already owns 36 major buildings and has another 20 to track. She added that there’s been no identified use for the Richmond Hill structure for the past 20 years.

“The precedent of basically allowing a building in a park to be leased out to a private entity for whatever they want, I really don’t understand how that falls in line with the use in our public parks,” Murphy Carroll said.

She called the Brick Barn “an eyesore” whose removal would improve the vista of Mead Park.

Yet Williams noted that the building predates the park itself, and said he ascribes “some historical significance to the blue collar, down-and-dirty business that folks do every day, still do, and this is one of the few remaining historic sites that embody that workingman’s or working woman’s ethic.”

Several people at the Board’s meeting spoke in favor of preserving the Brick Barn.

Polly Lowman, a Park Street neighbor, said she supported restoration and added that if the Brick Barn were to be knocked down, she would be against leaving any slab remnant in place.

Mimi Findlay of the Preservation Alliance urged the selectmen to save “the cultural history of New Canaan.”

“We have very few remaining buildings that relate to our ‘industrial’ area which went from Grove Street up to the railroad station,” she said. “I think it is a significant piece of our history.”

Rose Scott Long Rothbart of the NCPA said the organization has met all that’s been asked of it, such as building public support, presenting its proposed future use, demonstrating funding, hiring an attorney and identifying important historic town-owned buildings. Yet the town has been non-responsive to several requests from the NCPA, such lifting the Brick Barn’s demolition permit, allowing the NCPA to post its contact information on the building or allowing the NCPA access to clean out the building.

Charlie Robinson of the NCPA said that “common sense” also would dictate that New Canaan avoid spending $65,000 to demolish the Brick Barn.

“I do not want to see our town waste taxpayer monies,” he said. “This would be an abject waste of taxpayer monies when the alternative is a vast improvement of a town asset.”