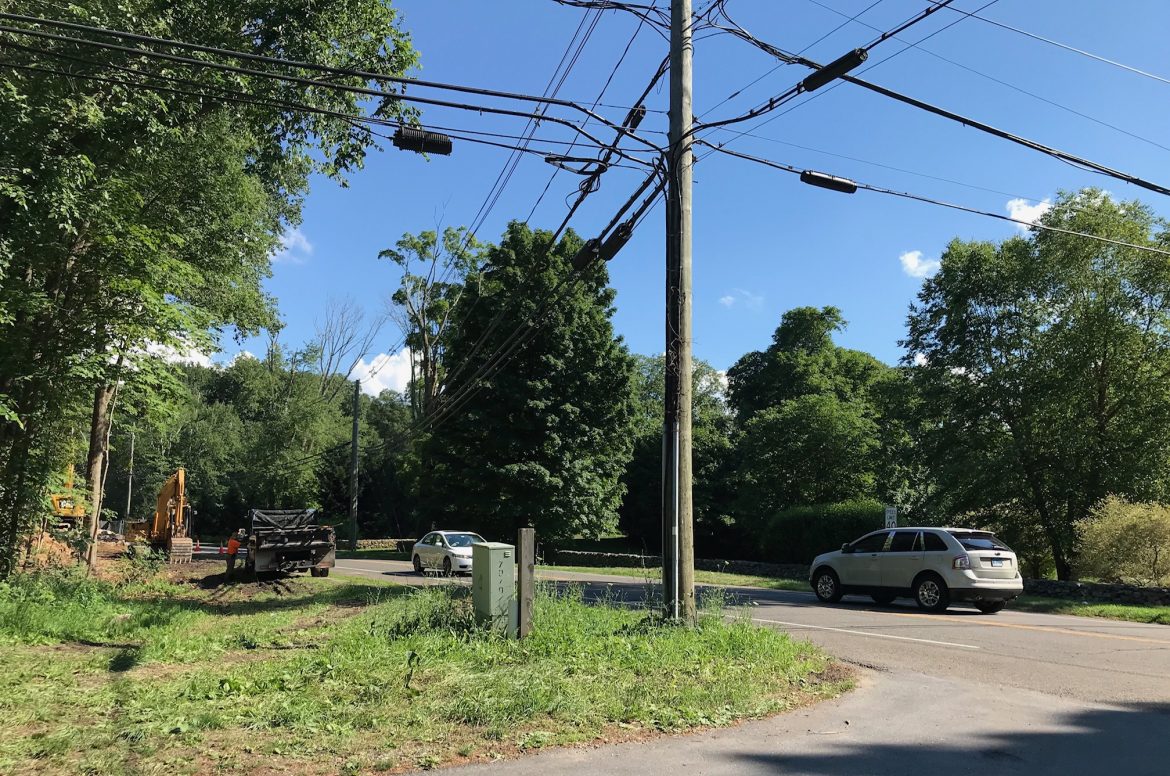 Looking southbound along Route 123 from the east side of Michigan Road, on July 13, 2020. Credit: Michael Dinan

More than one year after local public safety officials raised the problem with the state, work is getting done to improve sight lines at a notoriously dangerous intersection.

Trees already have been cleared from the east side of Smith Ridge Road below Michigan Road, and the rest of the project should be finished by Saturday, according to Public Works Director Tiger Mann.

Mann said during Monday’s meeting of the Traffic Calming Work Group—an administrative team of public works, police, fire and parking officials that fields requests for traffic calming—that workers had “cleaned up the whole area” and removed dirt from a large rock along 123.

The plan is “to work the week and hopefully be done by Saturday and have that whole thing dressed up and cleaned up,” Mann said during the meeting, held via videoconference.

Following two serious crashes at Smith Ridge and Michigan Roads in early 2019, traffic officials requested that the Connecticut Department of Transportation conduct a study of the area. Two months later, two people were taken to the hospital following another major collision there. In September, town officials said they’d address the problems at the intersection with or without the DOT’s OK, though Route 123 is a state road and the work needed there—shaving back a ledge that limits sight lines—is in the state right-of-way.

Mann said he and other municipal officials have been curious about the longer-term crash history of the area.

New Canaan Police Deputy Chief John DiFederico, a member of the Work Group, said he would try to look it up.

“It’s not always necessarily the quantity of the accidents,” he said. “It’s that when they do occur there they see to be worse than anywhere else just because of the speeds, given the intersection. So this will hopefully improve some safety to some degree up there. It’s great to get that done.”