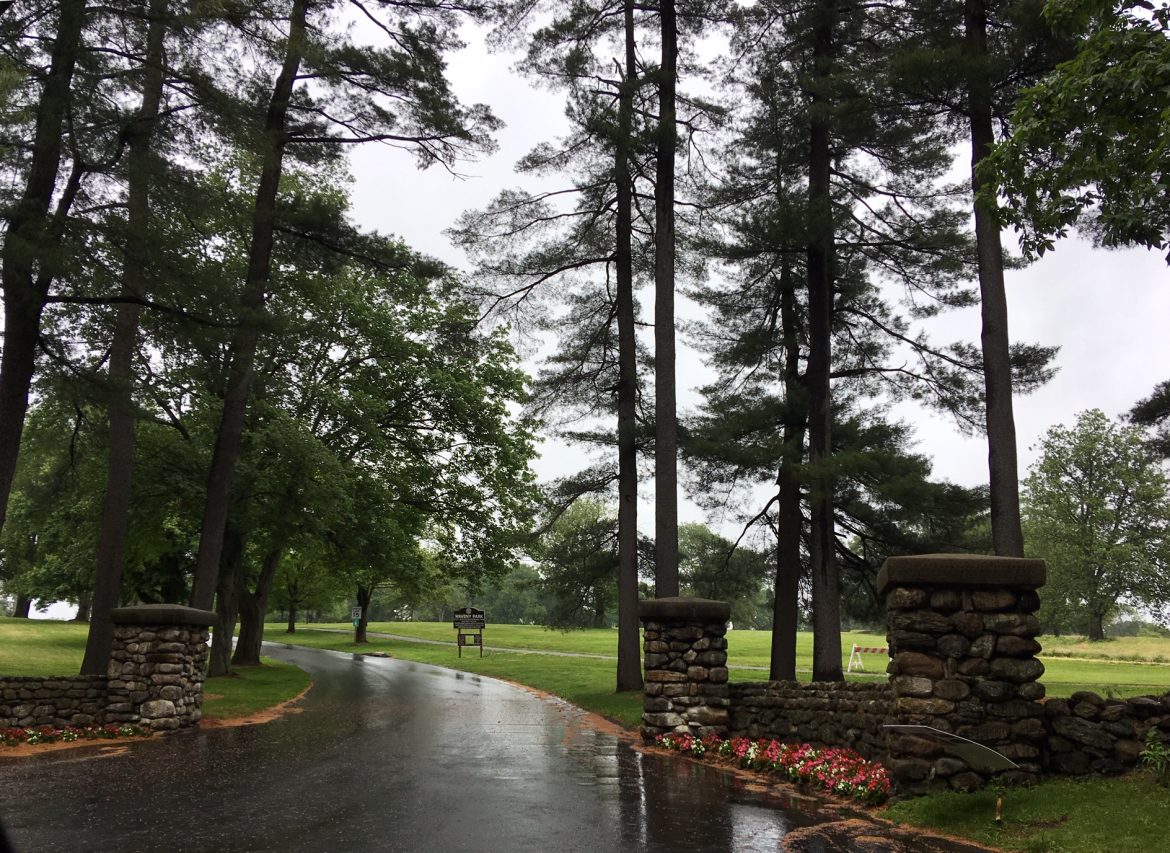 Following an online petition signed by more than 2,000 people, and acting on the advice of police, town officials said this week that they’re looking to install cameras to record motor vehicles entering and exiting Waveny Park.

Parks and Public Works officials said during a subcommittee meeting Tuesday that the cost of installation might be around $25,000, for which they would likely request a special appropriation.

The main purpose of the cameras will be to “show visibility of activity coming in and out of our parks,” Parks and Recreation Commission Chairman Rona Siegel said during a meeting of the appointed body’s Camera Subcommittee.

The two-person subcommittee, which also includes Parks Commissioner Matt Konspore, discussed potential locations for the cameras, focusing on the three entrances to the park—one on South Avenue and two on Lapham Road, including near the Waveny Pool.

“It would just be an extension of cameras at the entrances – not throughout the park,” Siegel said during the meeting, held at Town Hall.

“If I was going to add another camera I’d put…[it] at the West parking lot at Waveny House, because people come to jog and walk,” Benko said.

Mann recommended that the subcommittee’s next step should be to carry out a Request for Proposals, or ‘RFP’.

“Given that nobody at this table is a security expert,” Mann said, he would “rather keep [the RFP] as broad as possible… There are many different ways to skin the cat.”

By leaving it up to bidders to determine the best way of accomplishing the surveillance goals of the cameras, the subcommittee can be sure it doesn’t over- or under-estimate the amount of funding it requests from the Board of Finance and Town Council, officials said.

The Police and Information Technology Departments should be involved in evaluating the proposal as well, Mann said, adding that “it’s not going anywhere without the police signing off on it.”

He suggested that the subcommittee give the Police Department the opportunity to evaluate both the RFP and successful bid.

“They have a security specialist on staff,” he said, and the subcommittee should make use of that expertise.

Because the Board of Finance doesn’t usually meet in August, Mann said that it would likely be October before the cameras could realistically be installed, if not later. Siegel said that she wants the cameras “in this year.”

With that said, the group underscored the importance of getting it right.

By putting out an RFP, Mann said the subcommittee would be “taking some action,” especially important “given the sensitivity and given the problem.”

The proposal for surveillance cameras in the park was the result of a petition which was launched following revelations that a missing New Canaan woman’s car was found parked along Waveny on Lapham Road on the day she disappeared.

Chief of Police, Leon Krolikowski has previously said that the installation of cameras would “help tremendously” with investigations into crimes and incidents at Wavny.

Members of the subcommittee briefly discussed the question of cameras in other New Canaan parks.

“In future budgeting…somebody needs to figure out the other sites that we need these things,” Siegel said. “We’re going to have to build our own infrastructure for that. Because why just Waveny? I’m with everyone on that.”

One thought on “‘Taking Some Action’: Town Officials Move Forward with Proposal for Surveillance Cameras at Waveny Entrances”