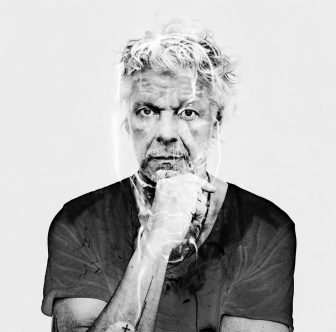 It was late-1993 and the Holland native had lived and worked for 10 years in Manhattan after earning a bachelor’s degree in film and photography from The Polytechnic of Central London and a master’s degree in studio art from New York University.

A still-life and freelance commercial photographer with his own studio in New York City, Neleman had set out that day with a real estate agent to find a house in Westchester County.

They got lost and found themselves in downtown New Canaan. 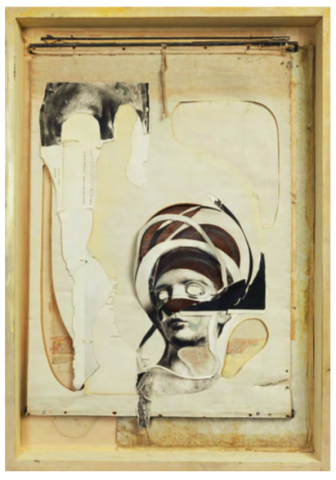 “In the ‘90s you didn’t browse online and find anything,” Neleman recalled on a recent afternoon. “You went into the [real estate] office and they showed you around. And so I was looking in upstate New York and this Realtor got lost in the car. And so there we were, all of the sudden in this pretty town. And I’m like, ‘Oh, this is really nice.’ Because I was looking in Bedford, upstate. Katonah. This, that and the other. And all of the sudden we were in New Canaan and I love this. It’s beautiful.”

Attracted by the quaintness, “historic beauty” and “New Englandness” of the village, Neleman recalled the holiday lights in the trees downtown.

“I fell in love with the main street,” he said. “It was so beautiful. To me it looked like a movie set.” 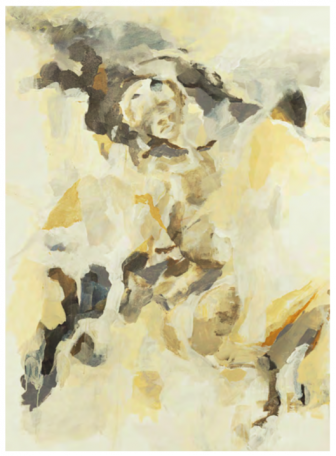 Within two months, Neleman bought a house in Silvermine—built in 1937 by an artist and illustrator—and moved to New Canaan. For the next 30 years, he commuted to his job in New York City while at the same time creating personal art work.

On Saturday, Neleman will open his own exhibition of assemblages, collages, paintings and photographs in New Canaan for the first time, in a gallery on Main Street, as part of a show curated by a town resident.

“I’m super excited to be doing something in New Canaan,” Neleman told NewCanaanite.com. “That’s what the really cool part about it is. I’m feeling really, really good.” 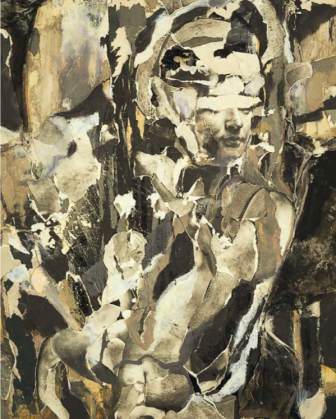 Jacob Herman, who opened Jean Jacobs Gallery last year, said that Neleman’s work is “striking from a pure aesthetic nature—without an explanation, without having to really dig into the details of what is being told with the story.”

“And I think that for someone who is coming here, to view the work as just that, alone, is going to be an amazing experience,” Herman said. “And there will be information about what the work is, and I think as you read it and you start to see that, it adds another element to what the work is. And you can be like, ‘Oh wow.’ And I think oftentimes, Hans’s work does talk to your unconscious a bit and things that you have seen and experienced in your life. And when you start to read about it, I feel like the connection, or that string is kind of strengthened and it enhances it.” 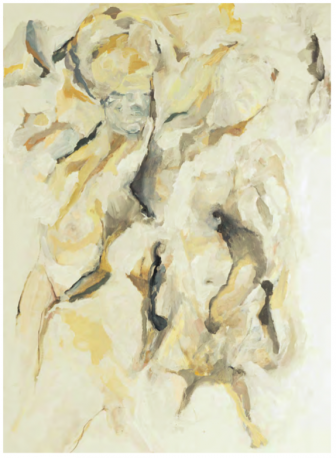 “There is some art that is out there, where it’s like a 10-foot white canvas with a black dot in the middle,” Herman said. “And whatever they want to say about it in its concept is amazing, but at the end of the day it’s a white canvas with a black dot in the middle, right? Whereas Hans’s work when you see it, immediately it lets your mind wander and explore the thoughts of whatever you have connected to in your life. I feel that Hans has this really good way of conveying through this imagery, and it’s not the type of thing where someone should feel intimated to come and look at it.”

New Canaan’s Eleanor Flatow, an independent curator and art advisor who curated “Beauty is Truth: Hans Neleman” (and came up with the name of the show, a reference to John Keats’s “Ode on a Grecian Urn“) said that Neleman has had a solo show of assemblages at a SoHo gallery in New York City, and that in choosing works to feature for the upcoming exhibition she “wanted to include those but also include some of his newer works because I felt like his new body of work, painting and collage work, needed more focus.”

“So it’s a little bit of an overview of his whole oeuvre,” Flatow said of the Jean Jacobs show. 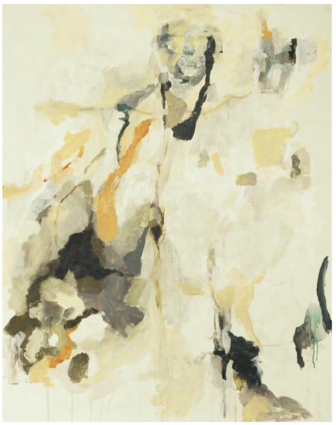 One of the works, “Empero”—a 2019 acrylic painting on a 55-by-47 inch canvas—traces back to an assemblage that includes “bits and pieces ripped from an old 1940’s book about Roman busts and representations of emperors and citizens who were sculpted,” Neleman said.

“So that was very realistic, you have objects and paper and it’s very physical and these were three-dimensional boxes, like 34-by-24 inches, four inches deep, and what I started doing was using the collage experience—as if the ripped pieces of paper and the torn bits were actually sort of like shapes and creations in paint,” he said.

The finished work is “a build-up of colors and shapes, very much inspired by what I was doing in my assemblage boxes where I rip paper and make collage work,” Neleman said.

“Now instead of using actual paper it started becoming painted shapes. And of course the painting is far bigger, so you all of a sudden are standing against a huge canvas painting. These shapes are inspired by torn paper.” 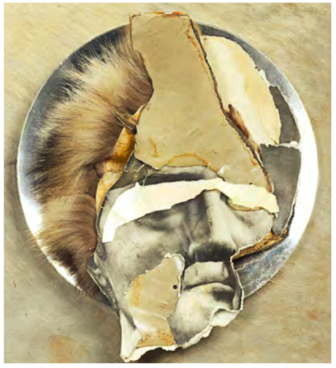 Another piece in the exhibition is a 2017 assemblage, “The Reflected” (34-by-24-by-4-inches). In such arrangements “the face becomes part of it became part of the intent of the painting, where you had a struggle between realism and the abstract,” Neleman said.

“It’s a statue, it’s a collage of multiple statues,” he added. “So you see the face goes one direction, the nose goes another direction. the eyes are kind of disconnected and obscured.”

Though Neleman said he still keeps his studio in New York—relocated from the meat-packing district to SoHo—he now works full-time from his home in Silvermine. 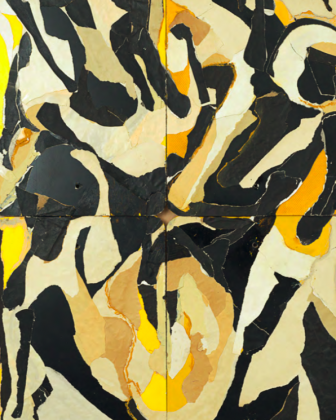 Part of Neleman’s accessibility reflects his career in photography, Herman said. Neleman had classical training, and created collages that he photographed that were then used “communicate through a larger group through his imagery, and it’s been used for marketing and advertising in the past,” he said.

“I think that Hans always has his artistic intention in mind, but also really understands what the viewer will just be able to grasp without context,” Herman continued. “So I think that’s what’s really nice about the show. It’s going to be a great event and experience. Just connecting with the community. I don’t know how many people know about Hans in New Canaan but I think just to show the talent that is in town is incredible.” 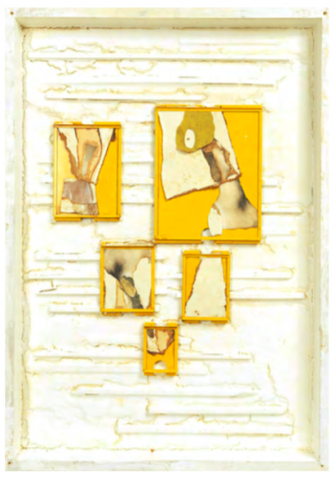 Neleman said he had shown one of his assemblages about seven years ago at a Carriage Barn Arts Center show, when Flatow was co-director of the organization with Arianne Kolb. Flatow, who currently is an assistant director at Hollis Taggart Gallery in New York City and Southport, said when asked about New Canaan as a community of art appreciators that “it’s a very sophisticated collector base.”

“I think as more gallery spaces have been opening up the past year, two years in New Canaan, that people are realizing that they don’t have to go into the city to buy art,” Flatow said. “And by bringing into New Canaan and showing his work in New Canaan where he has raised a family and lived for over 25 years, I think that’s really exciting. And I’m excited to show his work and to see the response of the New Canaan community.”