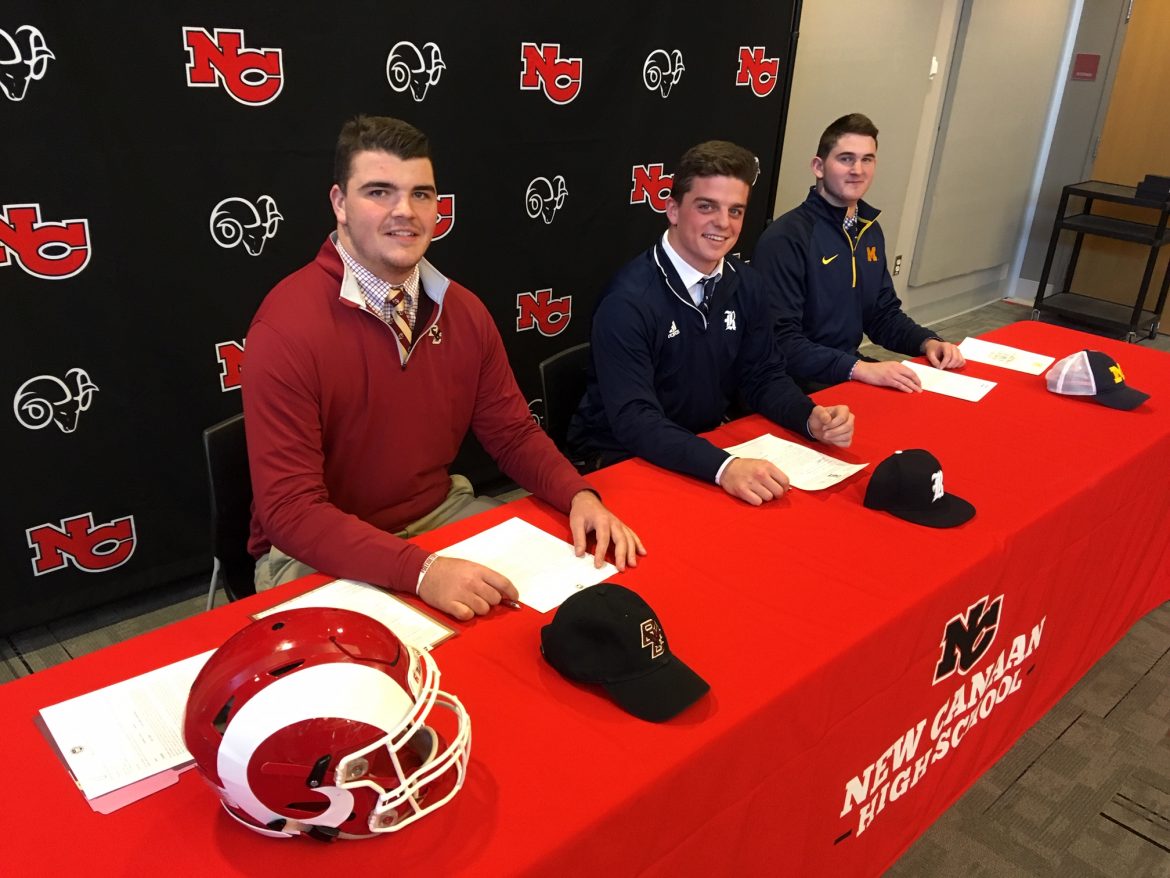 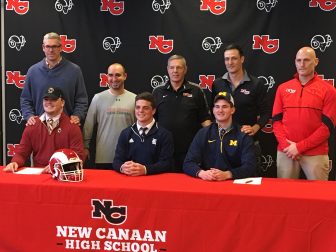 Along with senior co-captain Quintin O’Connell, who last month signed his own letter of intent to play lacrosse at North Carolina, the trio led a tenacious Rams team to a Turkey Bowl win against Darien and all the way to the state Class LL championship game.

After a 3-2 start that saw many write off the Rams as overrated, the team went on a winning streak and, in New Canaan’s first-ever season in the larger Class LL, lost only in the title game to a powerful Greenwich High School squad. Braden, a linebacker and edge rusher with a nose for the football who led the team in sacks, was named to the Class LL All-State defensive team. Conley, who like Stewart played on the line on both sides of the football, was one of the biggest and best linemen in the state, and was named as an All-State Class LL offensive lineman. Stewart, a ferocious player with a knack for the big play who played a tough and physical game that often saw his uniform bloodied, was names to the CHSCA All-State first team.

We asked each of them about how they chose their respective colleges. 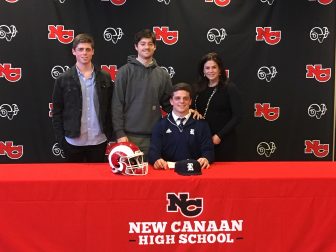 Garrett Braden with his family—brothers Will and Jackson and mom Susan (dad Jay was traveling for work)—on National Letter of Intent Signing Day, Dec. 19, 2018, in the Wagner Room at New Canaan High School. Credit: Michael Dinan

“For me it was kind of the perfect combination of academics and athletics. It’s a top-15 school anywhere you look and then I think there’s a great head coach down there that just came, Coach [Mike] Bloomgren, who has really turned the program around. I just think it’s something I’m really excited to be a part of. I can’t wait to get down there and pitch in and be a part of the team.” 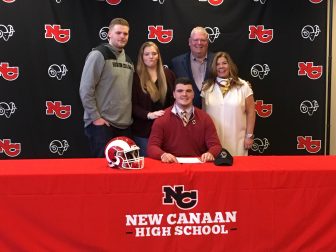 “I took a bunch of other visits but nothing really felt like home like B.C. did. I feel like it’s the perfect place for me football-wise and academics-wise. It’s the perfect blend. It plays in such a competitive league, it’s a great schedule and great football and great people. So I’m excited.” 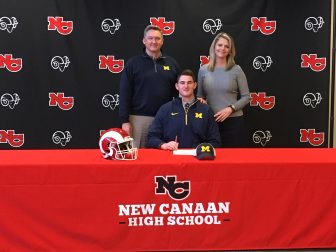