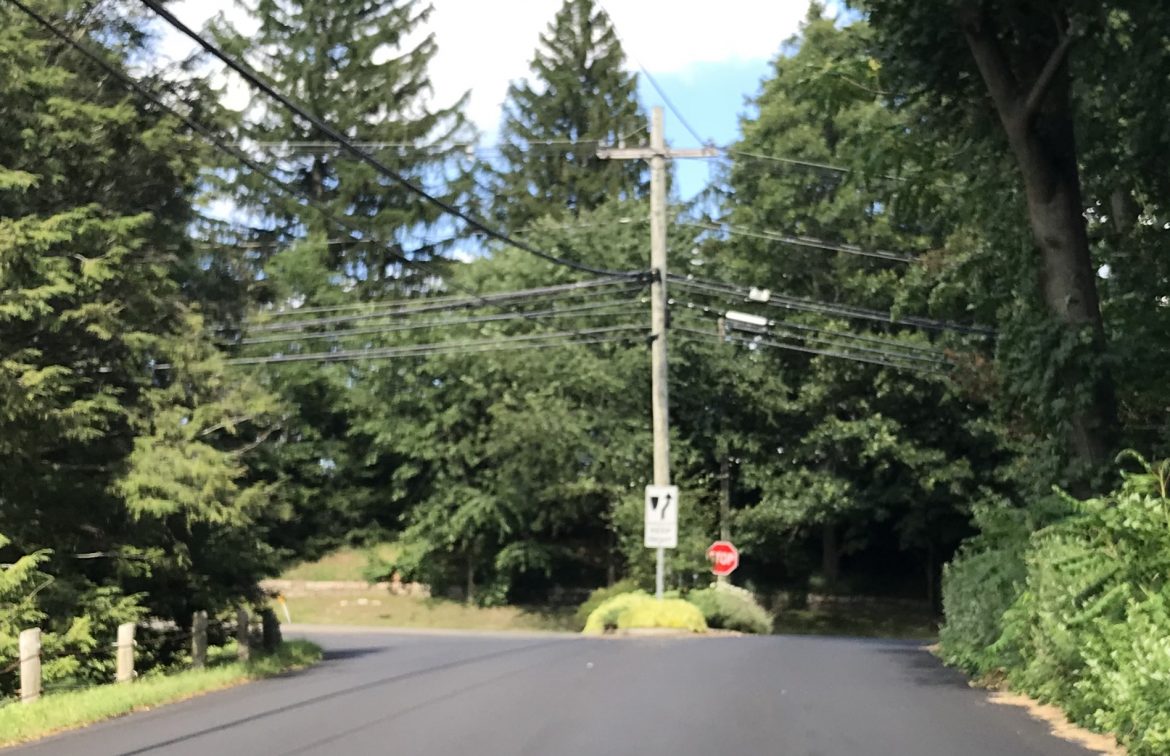 Town officials on Tuesday approved a $20,000 contract with a Branford-based company to replace cable motor vehicle safety rails along a road near the Country Club of New Canaan.

The double-cable guiderail toward the eastern end of Country Club Road “is no longer allowed,” according to Public Works Director Tiger Mann.

“It’s in disrepair and we would like to come forward and put in the Merritt Parkway-type steel-backed wood rail through that area,” Mann said during a regular meeting of the Board of Selectmen, held via videoconference. “We think it’s going to be a nice gateway into town.”

First Selectman Kevin Moynihan and Selectmen Kit Devereaux and Nick Williams voted 3-0 in favor of the $20,077.50 contract with Atlas Outdoor.

Williams said he was “delighted to see” that a change was coming.

“The condition of that guardrail on the corner really needs to be upgraded to blend in with what the Country Club has done,” Williams said.

Mann noted that the town is to partner with the club itself to replace guiderails located along Route 123 above new buildings at the facility.

The selectmen asked whether funds for the project are included in this year’s budget (yes) and whether there’s a safety concern (yes).

Moynihan asked whether the replacement rails are required given that Route 123 is a state road.

Mann said state officials are looking at the “drop-off” between the roadway and adjacent property around Route 123 and Country Club Road.