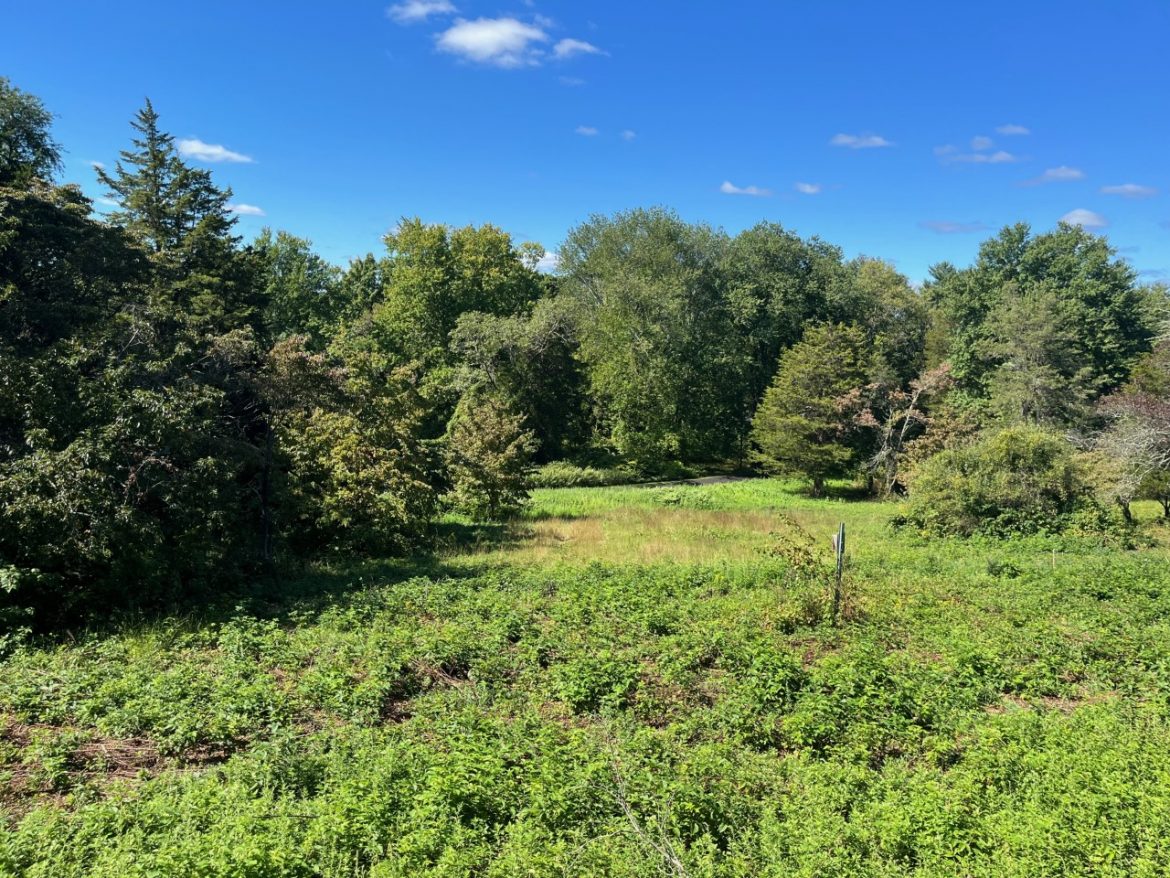 The southwest corner of Irwin Park, looking from the rear of the main house. Credit: Michael Dinan

Town officials on Tuesday approved a $13,300 contract with a local firm to do survey work at Irwin Park for a proposed wetland boardwalk.

The Board of Selectmen voted 3-0 in favor of the contract with RKW Land Surveying during its regular meeting, held at Town Hall and via videoconference.

The planned board was approved during the last budget season, according to Public Works Director Tiger Mann.

“We had the area flagged for wetlands by William Kenny Associates,” he told the selectmen. “And we need to pick the flagging up and do some additional survey work and topographic work, things of that nature, of the area in concern.”

RKW had done the base mapping and original survey at the time New Canaan purchased the Irwin property, Mann said.

“We’d like to engage them to do this work and then update that mapping,” he said.

The selectmen asked whether the project had been considered for American Rescue Plan Act funding (no), why not (not sure), what is the total cost of the project when land surveying is included (the budget was about $175,000 but some is coming from DPW operating) and where the proposed wetlands boardwalk would go exactly (in the southwest corner of Irwin, mann said, “As you head up the hillside where the Flexi-pave trail is, you go past where the goats were and head up the hill, that area is wetlands in back”).

Williams asked whether or not it’s OK to have boardwalks on protected wetlands. Mann said it’s OK, “it’s just we have to minimize the disturbance.”

“We have boardwalks across Bristow, New Canaan Nature Center,” he said. “As long as we minimize the disturbance and we obviously need to go to the [Inland Wetlands] Commission for approval. This would be part of it, the survey is required for the approval.”