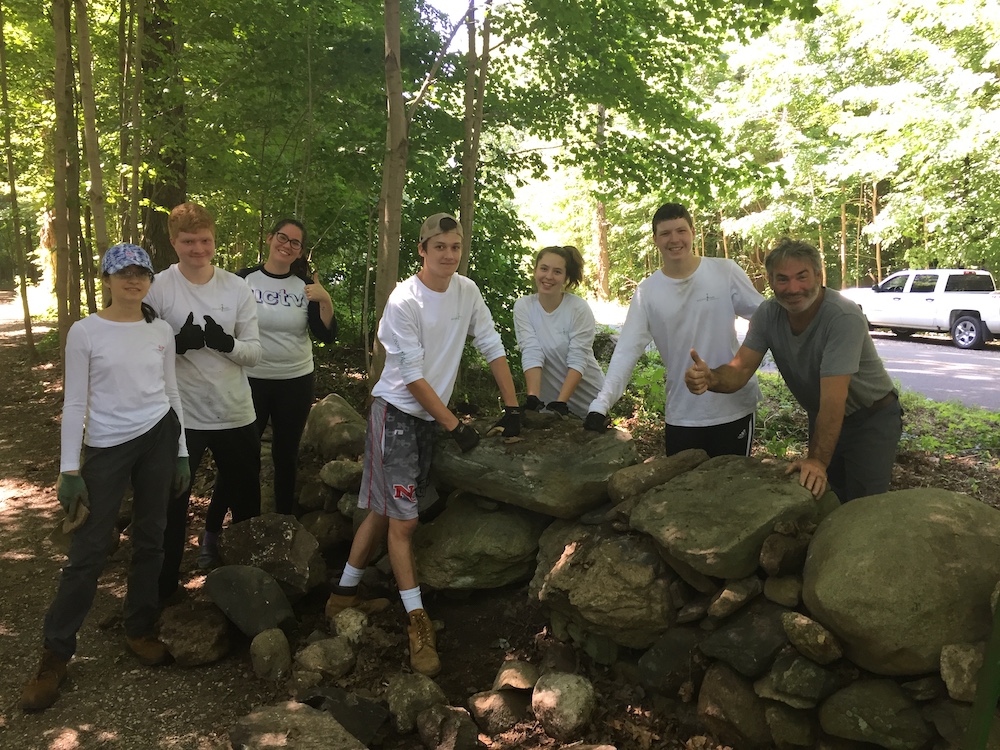 Town officials on Tuesday approved a $20,000 contract extension with the master stonemason who has been repairing the fieldstone wall along Lapham Road at Waveny.

The Board of Selectmen voted 3-0 in favor of the contract with Greg Faillacci, who started his work at the southern end of the wall and worked his way north.

“At a certain point in time, I jumped ahead to do the area right in and around the pool right before the dedication for Steve [Benko], because I wanted to have that all beautified,” Public Works Director Tiger Mann told the selectmen at their regular meeting, held at Town Hall and via videoconference. “That came out really, really nice and now we have a remaining section between where he stopped basically at the access road to the paddle courts and the pool road.”

First Selectman Kevin Moynihan and Selectmen Kathleen Corbet and Nick Williams voted in favor of the extension. The Board already had approved $40,000 in work in $10,000 increments.

There also is a “small stretch in front of the leaf mulch site down to the trailhead,” Mann said, and the Waveny Park Conservancy is taking care of that. With those two sections done, the entire wall will be restored, he said.

“I think it looks beautiful,” Mann said. “I think it’s made a huge improvement to the park itself.”

The selectmen asked whether Faillacci is using existing stones.

Mann said that people had been “systematically robbing as they went.”

“As the wall went into disrepair and the stone wall would fall down they might disappear,” he said. “So we’ve had to augment it with stones that we have elsewhere. The Highway Department has been doing a nice job helping us with that. So yes, they’re existing stones and some disappeared over time.”

Williams asked whether the security cameras at Waveny’s entrances have helped with the stone thefts.

“This was pre-camera,” Mann said, adding that a better word than stealing could be “repurposing.”

He said, “ If the wall is in good shape, then no one is going to come and dismantle it. It was the fact that it was in disrepair. What do you do as a stone rolls off and gets close to the road and it sits there? At that point in time, people think we don’t care about the wall.”