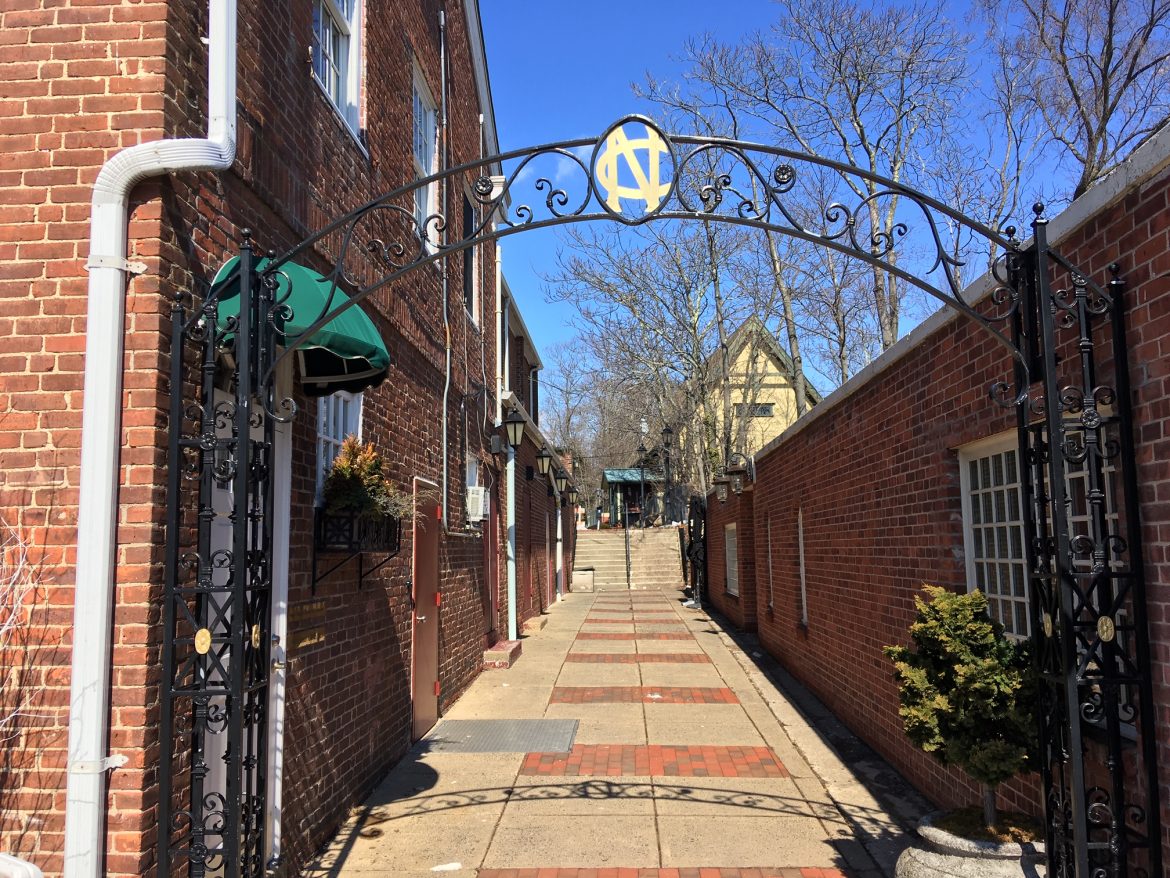 Looking up the alley from Elm Street. Credit: Michael Dinan

Though some are eager to preserve forever a frequently used pedestrian alley downtown, officials say, the town attorney is warning that doing so through an easement could hamstring future municipal leaders. 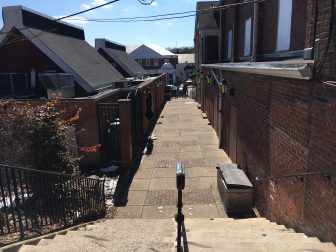 Looking down the alley from the Playhouse Lot toward Elm Street. Credit: Michael Dinan

The alley that runs alongside the Playhouse and Le Pain Quotidien, connecting Elm Street to the parking lots behind it, is town-owned property. Though it could be transferred into a trust and then placed under an easement that would guarantee it serves as a pedestrian walkway in perpetuity, Town Attorney Ira bloom is urging town officials to consider that doing so could restrict future generations in unforeseen ways, First Selectman Kevin Moynihan said.

Asked by a committee of the Planning & Zoning Commission to look into the possibility of an easement, Moynihan said he called on Bloom to investigate it.

“Some people want to protect it in perpetuity,” Moynihan said. “The counter argument is that you don’t want to restrict future generations of leaders about what to do 100 years from now.”

For example, he said, citing the town attorney’s position, though some may assume today that the walkthrough will always be needed for downtown visitors to get to their cars, changes in automobiles may change the way the parking lots behind Elm Street are used in 100 of years. And, the first selectman added, easements are forever.

Asked for his own point of view, Moynihan said, “Personally I’m ambivalent about it, because I understand the point of view that things change. We cannot have more control than we now have.”

Moynihan noted that should New Canaan ever come to a point where it wants to sell the Playhouse building—a possibility that municipal officials have considered in the recent past, and which would require multiple approvals and public hearings—the town at that point could add restrictions regarding the alley “at such time.”

The question came up at the most recent meeting of a committee that’s overseeing the implementation of New Canaan’s Plan of Conservation & Development.

During a Jan. 29 meeting held at Town Hall, committee member Tucker Murphy said the idea for protecting the alley as an important “access point” originated with P&Z Commissioner Laszlo Papp.

The ability to transfer the alley parcel to a trust and create an easement to protect it as such rests with the Board of Selectmen. According to Murphy, Papp had asked four selectmen to take action on the matter “to make sure it is always protected” but had no luck.

It isn’t clear now, given Bloom’s admonition, whether the selectmen will take up the possibility of an easement. According to Moynihan, the town attorney has been asked to write a formal opinion on the matter.