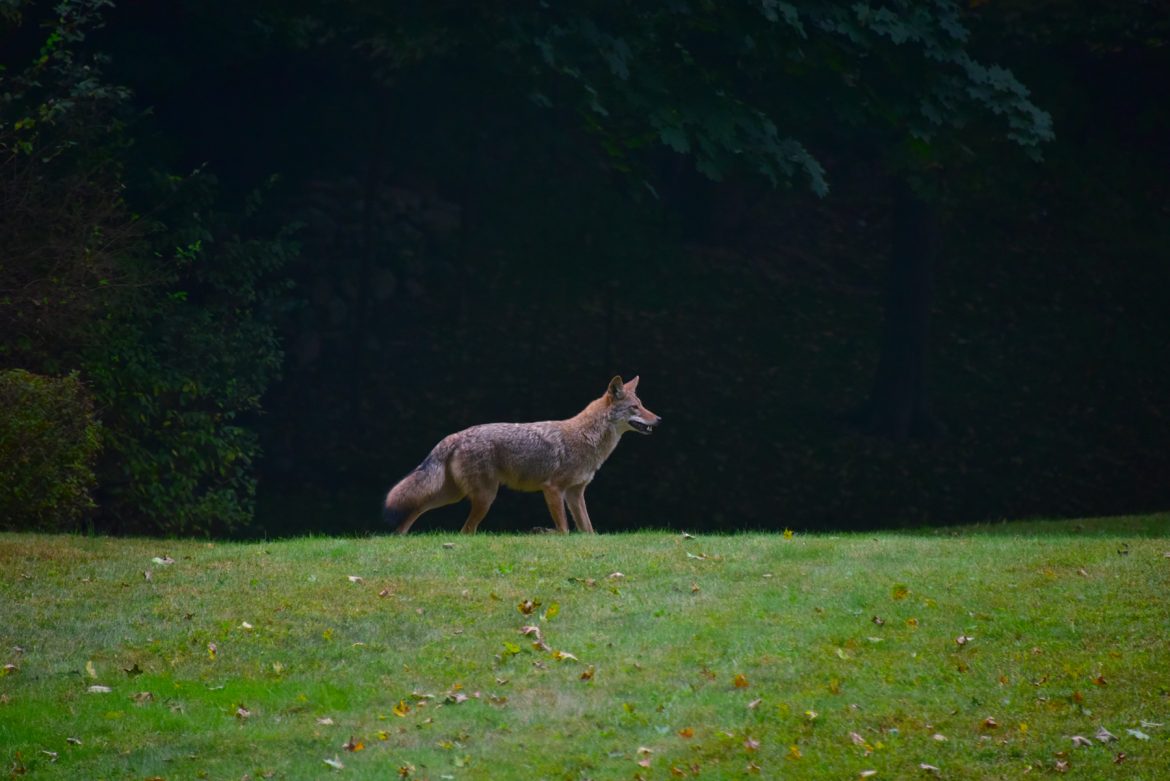 Saying a coyote killed a small-breed dog in New Canaan last week, authorities are urging residents to be careful about leaving their pets outside unattended.

The remains of a terrier let out back of a Beacon Hill Lane home on the night of March 6 were found the following morning after the animal did not return home with another dog that had been let out, according to Officer Allyson Halm, head of the New Canaan Police Department’s Animal Control section.

Clearly defined canine tracks led to the deceased dog’s body in the woods, she said.

Halm said that coyotes are a fact of life in this area and that a lifestyle change on the part of residents is required to co-exist with them.

“Our guard cannot be down,” Halm said.

“Dogs should either be out on long leads, or we should be with the dogs” when they’re let out, Halm said. She urged residents to consider creating a small fenced in area for early morning or nighttime runs, “so if owners cannot be out there, the dogs are closer to the house.”

Spotlights also can frighten away a predator that is eyeing a pet, one of several hazing steps that residents can take, she said.

“You have to be ready,” Halm said. “You cannot be running back into the house for an air horn or a whistle—it needs to be on you, really, at all times. The idea is to teach this species that they should be leery of us.”

The animals are now preparing to den in order to mate and have pups in the spring, Halm said.