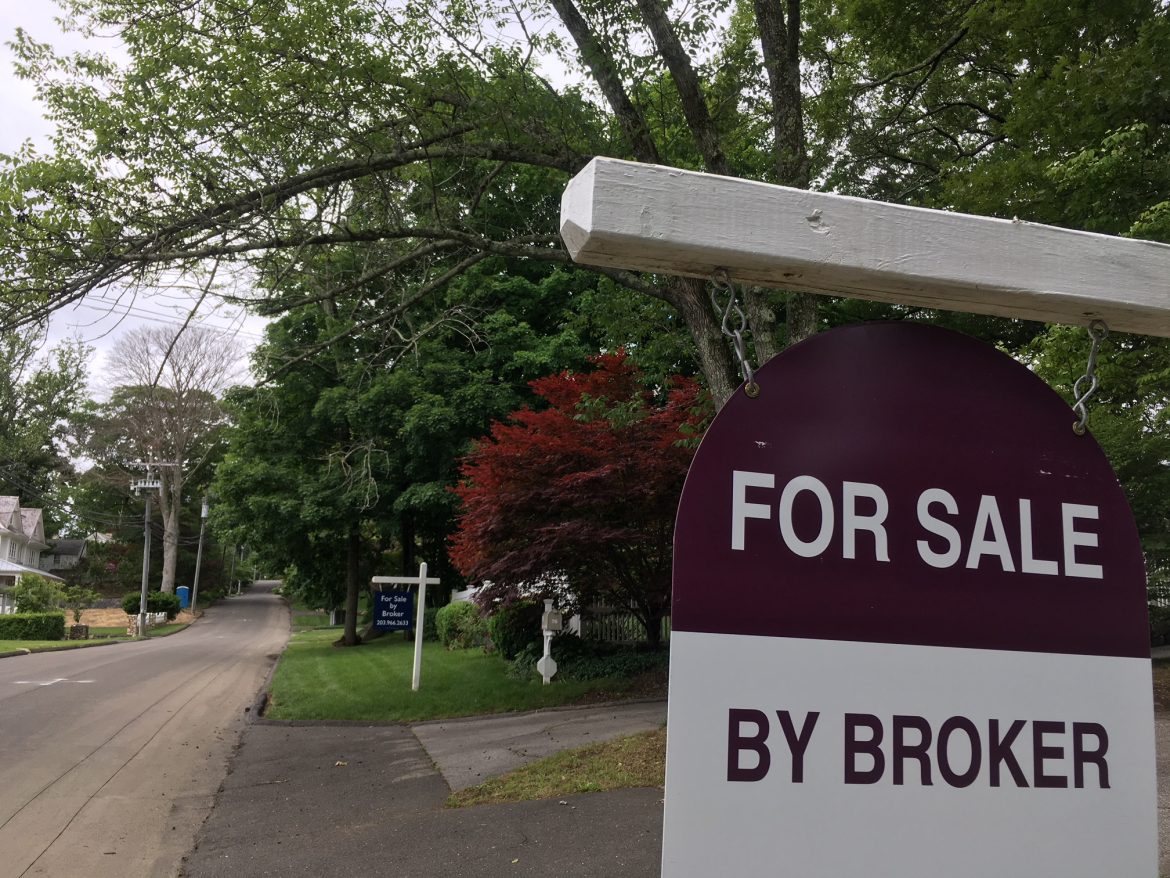 Members of the town’s legislative body said on Monday that they would debate whether and how widely posted ‘For Sale’ signs in New Canaan may be phased out through regulations, and then would bring a recommendation to the Planning & Zoning Commission.

In discussing the future of real estate signs in New Canaan, the Town Council itself first would hold what members expect to be well-attended public hearings, as would P&Z, officials said.

“Ultimately I would see one of the best attended P&Z meetings that you have ever had, because it would be a big decision and you would have to hear both sides of the argument,” Steve Karl, co-chair of the Town Council’s Bylaws and Ordinances Committee, said at the group’s special meeting, held in Town Hall. “And ultimately you would make the decision on whether to amend the policy or not. It’s not going to happen over one meeting. There is no doubt in my mind that it would have to be something in the future—like, ‘Six months to a year from now, signs have to be down by a certain date.’ And then, one year from them, we would have a review of the policy and see how we feel about it.”

He addressed P&Z Chairman John Goodwin, a guest at the meeting.

Saying the signs were superfluous and created new problems for the local market, Realtors in New Canaan first broached the possibility of a “ban” on real estate signs in June, garnering nonlocal news coverage. It never got off the ground, however, following directives that came down from a national Realtor association, and municipal officials took up the matter in July.

During Monday’s meeting, First Selectman Kevin Moynihan said the national group opposed such a ban by an individual chapter because of antitrust rules.

“They cannot collude,” Moynihan said. “They say if you do that, you are out of the membership.”

As they have in the past, Committee members said they would turn to Greenwich’s rules regarding signs as an example. In Greenwich, officials have said, Realtors have agreed to a “gentlemen’s agreement” about not posting real estate signs.

As it is, New Canaan’s zoning regulations appear to be very similar to Greenwich’s when it comes to real estate signs.

Specifically, the New Canaan Zoning Regulations allow, as-of-right, one 3-by-3-foot real estate sign per lot (see page 129 here). No sign may have a company logo, under the regulations.

In Greenwich, the local regulations allow for one 3-by-3-foot real estate sign on each street frontage, without a permit (see page 16-2 here). Additionally, under the Greenwich regulations, “All signs that name, advertise or direct attention to a business, product, service or other commercial activity offered or existing elsewhere than on the premises where such sign is displayed are expressly prohibited in residential zones.” Officials in Greenwich have said that it’s OK to post a three-foot-square sign that simply says ‘For Sale’ with a phone number, though company names or logos are not allowed.

Committee members also discussed how a new regulation that addresses real estate signs specifically in New Canaan would be implemented. According to Goodwin, when P&Z has similar moratoriums they typically “have a time fuse on them,” so that existing signs might remain but would be phased out because no new signs would be allowed.

Councilman Tom Butterworth said that the problem with saying “no new signs” is for homeowners who want to put their house on the market within days it takes effect, while their next-door neighbor may have a ‘For Sale’ sign out already.

Karl said: “I think they would all have to come down.”