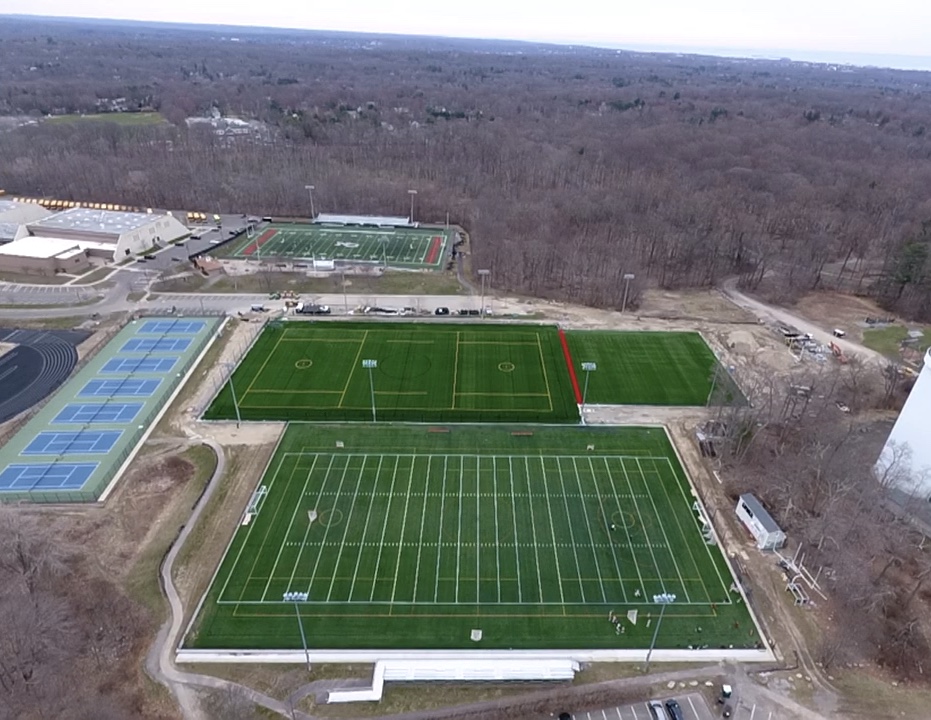 Aerial photo of the track and turf fields at New Canaan High School, from April 2018. Photo published with permission from its owner

The Board of Selectmen voted unanimously Tuesday to increase the per-son fee assessed to youth sports participants from $20 to $25.

Formerly overseen by a selectmen-appointed committee, the “player use fee” now is collected by the New Canaan Athletic Foundation and allocated to an artificial turf replacement fund rather than a budget for additional playing fields, according to First Selectman Kevin Moynihan.

“We don’t always collect it all,” he said at the selectmen meeting, held in Town Hall.

Moynihan added, “There is some debate as to whether we ought to extend this to the Rec Department programs, which we will consider next year.”

Moynihan and Selectmen Kit Devereaux and Nick Williams voted 3-0 to up the fee.

Williams said it’s been flat at $20 for a number of years.

“And I think given what we have done, the success we have had with public-private partnerships, building new fields and replacing fields, I think it’s appropriate to bump it up a bit,” he said. “Again, that money is going into a lock box for future use. Fields after an eight- or 10-year period get worn out and need to be replaced.”

Moynihan said the chair of the Parks & Recreation Commission had requested that the selectmen consider increasing the fee, though that appointed body did not take up its own vote on the matter.