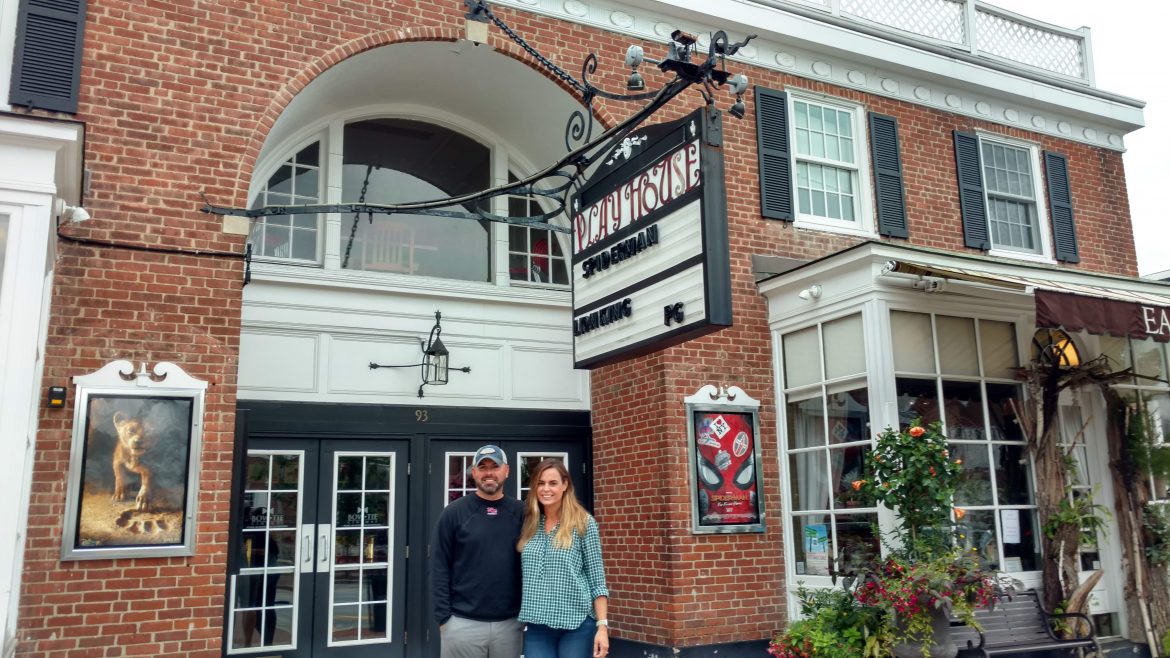 New Canaan native Ron Bentley was on a golf course with his uncle at the family’s regular outing in Vermont three years ago when he began to consider taking over the family business.

His uncle, Bobby Thompson, had launched Key Holder Services Inc, an alarm response and vacation house check service, in 1990, and his aunt, Sue Thompson, had been an owner. 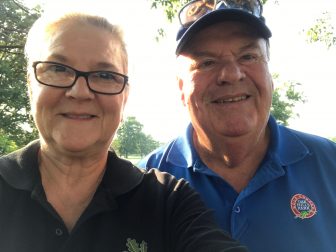 “I started talking to him about selling the business to me, and I just said, ‘Please give me first opportunity to keep it in the family,’ ” Bentley told NewCanaanite.com on a recent morning.

Today, Ron Bentley and his wife, Kelly, are about one year into ownership and operation of a business that sees them connect with area residents in a personal way to ensure their homes are safe and secure—already a priority for Ron Bentley as a longtime New Canaan police officer.

“It was a risk but I think it’s a good risk,” Ron Bentley said of the decision to acquire the business from his uncle.

Asked what had prompted his interest in his uncle’s business, the Fairfield County resident said that he had been pondering what he would do after his retirement from the police force.

“I wanted other opportunities to use my law enforcement background to better our family,” said Ron Bentley, a 1994 New Canaan High School graduate.

For the moment, Ron Bentley remains a full-time police officer, while Kelly Bentley is president of the business and runs the day-to-day operations—both managing the office and responding to call-outs. Before starting full-time at Key Holder Services, Kelly Bentley—a Staten Island, N.Y. native—worked at Thule, an outdoor and transportation products company headquartered in Sweden with offices in Seymour.

The couple, married 14 years, met while both earned bachelor’s degrees in business administration from the University of New Haven.

Ron Bentley is the company’s vice president, and he said he does as much as he can to help. Thompson is also still helping out, the pair said. Ron Bentley noted that his own involvement in the business causes him “no stress.”

Eventually, when Ron Bentley retires from the police force, the plan is for him to “take over the road work,” while Kelly Bentley concentrates on the clerical side of the business, she said.

Ron Bentley’s lifelong connection to New Canaan is an important qualification in a business as trust-based as Key Holder Services, he said. He “grew up right here,” and will start his fifteenth year as a New Canaan police officer in September.

“I know what’s going on in the community—bad and good—and I can lend that information to our clients to help them protect themselves,” Ron Bentley said.

Because of these strong connections to the town, the Bentleys are particularly interested in expanding the business’s New Canaan client base.

“We are very community-based,” he said. “This is our community that I grew up in. It’s important that our clients are safe and they feel comfortable with us.”

Key Holder Services offers its diverse services—which range from responding to alarm activations in the homeowner’s absence to allowing entry into the home for cleaners and deliveries, to checking on loved ones and tending to small animals and plants while the homeowner is away from home—to clients around Fairfield County. Clients are charged a base annual fee, with an additional per-visit rate charged for each call out the Bentleys make.

The company has “diverse clients,” the pair said: from condo owners in Norwalk who need their balconies shovelled in winter when it snows, to proprietors of very large homes on private roads.

“A lot of our clients are the snowbirds—people that go to Florida for the winter time,” Kelley Bentley said. “Winter’s our busiest time, but we do have summer clients too.”

In the future, the Bentleys, who have two children, said they hope to expand the business. They are looking over time to more than double their current client base from around 225 to 500, Ron Bentley said.

One thought on “‘We Are Very Community Based’: NCHS Grad, Wife Take Over Family’s ‘Key Holder’ Business”