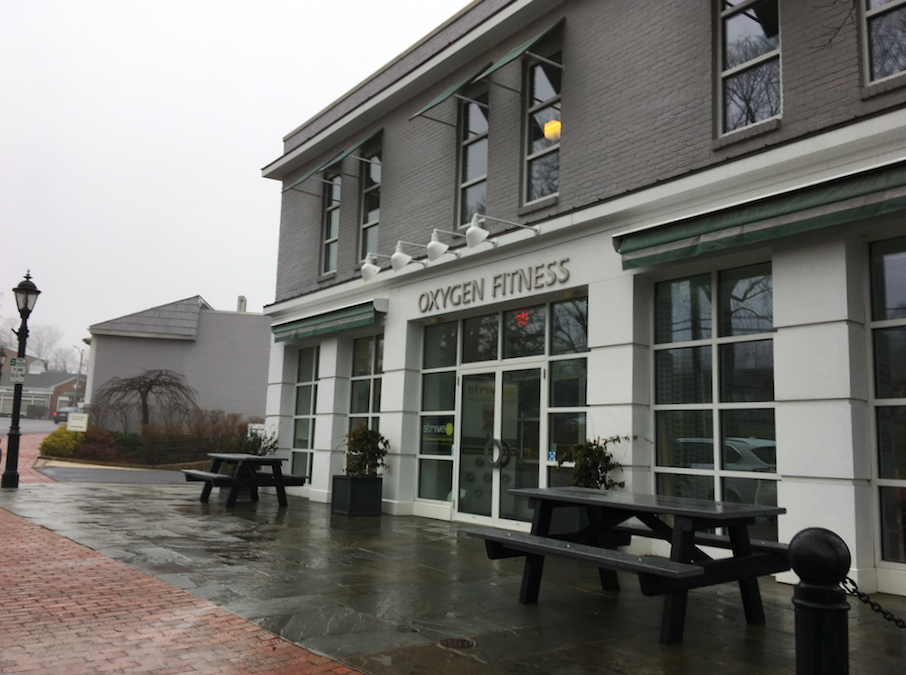 Pine Street in New Canaan is part of the Business A zone. Credit: Michael Dinan

The Planning & Zoning Commission voted 9-0 in favor of text changes to the regulations that re-establish first floor office use in the “Business A” zone with site plan review.

The Business A zone includes nearly all of the two-way stretch of Elm Street in New Canaan, parts of Grove Street, all of Pine Street and commercial lots on both sides of Cherry Street as it curls past Cross Street, almost to Locust Avenue (see map here).

As local land use attorney David Rucci of New Canaan-based Lampert, Toohey & Rucci LLC said in applying to the Commission for the text changes (on behalf of the the new owners of the former Beval Saddlery building on Pine Street), though the Business A zone was created in 1985—at a time when the owner of the Lumberyard site was considering building an office park—more than half of it serves first-floor general office use on a legally nonconforming basis.

Re-establishing first-floor office use will help the zone become more viable for both the owners of buildings, some of which are vacant, and the town, he said.

“The office use itself is actually already occurring,” Rucci said at the Commission’s regular meeting, held Nov. 27 in Town Hall. “A lot of these office didn’t give in to retail in 1980s. They are still being operated as office space in this zone. I actually think another positive effect is you will be making a whole bunch of these buildings conforming now. They are now legally nonconforming as to use. They will actually become conforming as to use, based on the fact that by changing it to the way we have now allowing the office use on the first floor, effectively all these things that are illegal are conforming.”

Rucci added that “the change that was made in 1980s was important at that time.”

“If you look back, that was a great idea, to not allow an office park to come in and now it is serving as our lot for the train station, which was not going to happen, potentially, without it,” he said. “But nowadays with the landscape changing, with the retail and trying to support people coming to town, it is huge. We need to do everything we can to make sure these buildings get filled.”

Those who spoke in favor of the application included New Canaan resident and attorney Mike Franco. He told the Commission that in speaking on behalf of his family, which owns properties in both the Retail A and Business A zones, “We heartily support this proposal because it brings use to buildings that are not being used now.”

“And the overall concept of allowing first-floor office use to strengthen the retail use in town in the downtown area, bring more people into town, allow businesses like Mr. [Tim] Brown’s who might otherwise have to move out of town to have opportunities to stay in town, keep people here on a daily basis who shop in town, buy lunch in town, run errands in town, I think that is what we want to help downtown survive. When we let buildings fall into disuse, it drives the value down and brings in a change of use that nobody anticipates. So it’ important to to keep buildings occupied, allow their owners to utilize them, make some money, bring in tenants that are good for the town and that way we avoid surprises and applications that may not benefit the town in the long run.”

P&Z Commissioner Laszlo Papp said Rucci made a “very convincing argument” and that the appointed body would be better off changing the underlying regulation that approving one-off exceptions.

“I don’t believe that we would be better off if we go into the special exception route, because it would be just one-by-one … more problems for the Commission and more potential controversy for the potential opposition if there is any,” Papp said.

“Particularly, as you all know, when we do a regulation amendment, what are we thinking about?” Goodwin said. “We are thinking, number one, does it obtain public health, safety, welfare purposes? I would argue that it does help the public because if we get this right, it makes the space more attractive to additional business uses, so that effectively supports the town.”

The regulation change is to take effect on about Dec. 12.

It effectively does away with some questions that the Commission had raised about an application under consideration regarding the former Post Office building at Park and Pine Streets. The building’s owner had applied to P&Z to allow for Merrill Lynch to occupy the approximately 6,000-square-foot commercial space as a bank, which requires site plan approval under the Zoning Regulations. P&Z questioned whether the company’s use rightly should be classified as a bank or office—a distinction made moot by the text change.

Allowing first-floor office use in the zone required small but important changes to the regulations. As they had been written (see page 78 here), the Business A zone allowed “General and Medical Offices,” with site plan approval, provided that “general offices are not permitted on the first floor of any building” and “any floor used for general office shall be located more than seven feet in vertical height above or below the curb level of the adjacent street.”

The changes adopted by P&Z would strike those requirements while preserving a requirement that no one building will have more than 10,000 total gross square feet of office use.