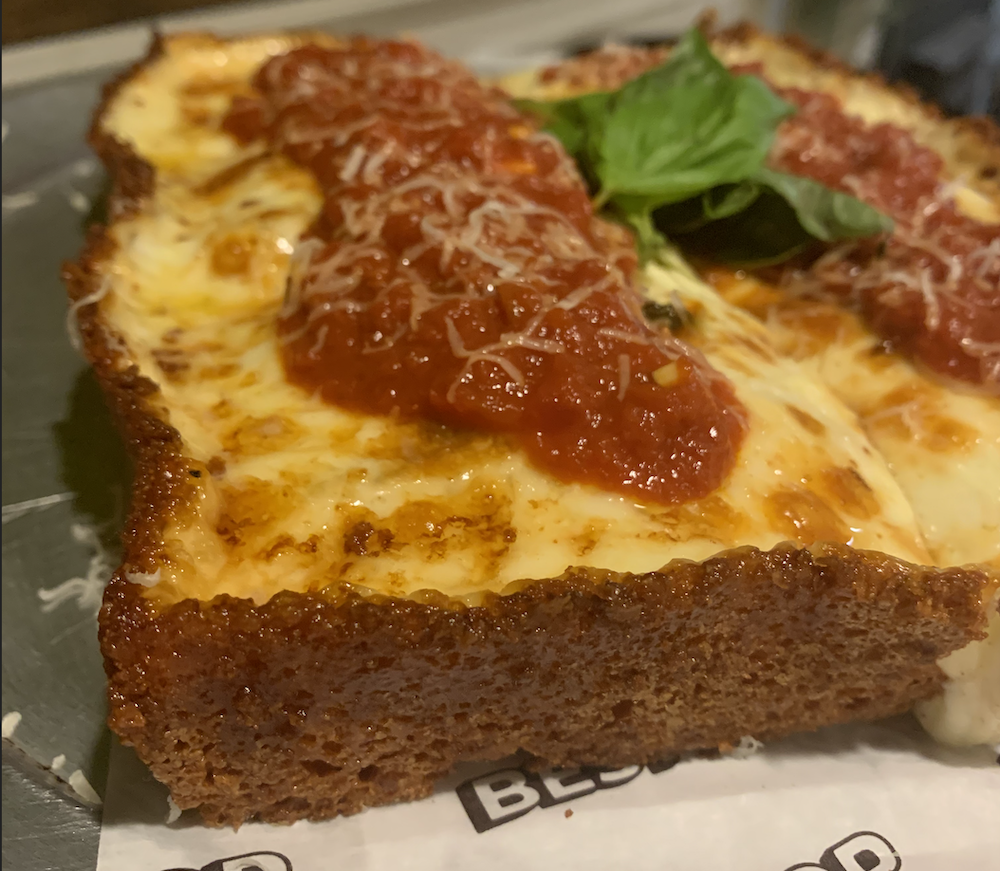 John Parlatore and his young family were among the first wave of New Yorkers to make the move out of the city when COVID hit in March of 2020. 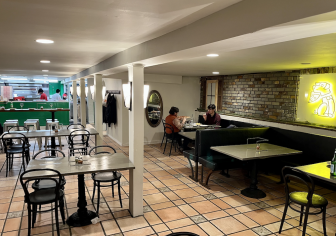 “My sister lived up here for about four years and we’d come up and visit her all the time,” Parlatore said on a recent evening at Best Pizza Shop at 62 Main St. “We liked the area but never thought we’d move from the city. Our daughter was going to school and we had restaurants there. When the city said on Saturday by Monday we were closing, we just saw it as a preview of things to come of mismanagement and we were right.”

Parlatore—who owned several eateries in Queens—slowly shut down each establishment, including his Italian restaurant that had been operating since 2013 and a pizzeria that had opened in early 2020 with the intention of reopening in Fairfield County. 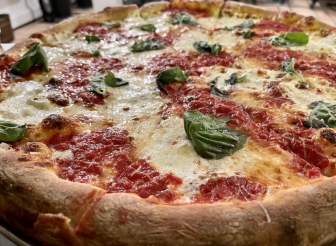 “We heard about what Vicolo’s was,” Parlatore told NewCanaanite.com. “I hadn’t been there but I heard that through the years that it was a gathering place for people and that families ate here. So then we started looking and noticed that there wasn’t really a family establishment here. We wanted to make something where people could come in and be comfortable having the kids here. And we also wanted to have good food at the same time.” 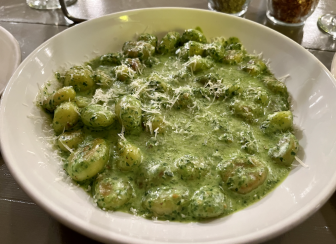 Renovations to the former Vicolo’s space was extensive, taking roughly five months to complete – and even unearthed a surprise akin to an archeological dig.

“I actually found Lobos behind the walls here,” Parlatore recalled, referencing the Tex-Mex restaurant that had occupied the space prior to Vicolo’s back in the late 1980’s. “They had yellow wood grain paneling and they had a logo on it. I took about three layers of brick from Vicolo off and found it.”

Once the dust settled a gleaming new space emerged that Parlatore coined “Best Pizza Shop.” Replete with exposed brick, a fireplace, a flatscreen TV’s and open kitchen where Parlatore oversees a vast menu of both New York- and Detroit-style pizzas, calzones, sandwiches, burgers, salads and pasta entrees, the restaurant is quickly living up to its name. 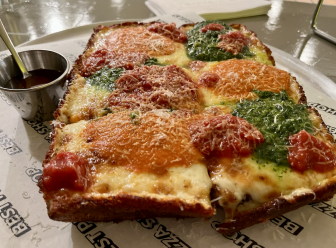 “The Detroit pizza is what we’re known for,” Parlatore said. “I had been making focaccia for years and when I wanted to get into pizza I looked into the blue automotive steel pans which is used for Detroit pizza. I started playing with it and it just hit right away.”

The most popular items at Best Pizza Shop are the Detroit-style “The Girl King” (cheese blend, tomato sauce, garlic, purple onion, pepperoni, honey siracha) and the “Italian Hippie” (cheese blend, pistachio pesto, vodka and tomato sauces). The Detroit pies with their caramelized cheese crust and the more-familiar NY pies were both outstanding and filling—easily able to feed a family of four.

The trick, as is the case with all pizza, is with the dough. 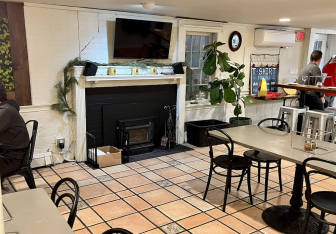 “We use a flour from Ardent Mills called Minnesota Girl,” Parlatore said. “Ardent Mills specializes in finding regional growers so all of our flour comes from the upper New York State region. It makes it hyperlocal and we don’t have to ship it across the country. It doesn’t go on a railcar, it doesn’t get cold–it’s really good. It holds a higher percentage of hydration for us.”

For Parlatore, the response so far has exceeded all expectations.

“Last weekend was the busiest weekend of my career,” Parlatore said. “I’ve been a chef my whole life, I’ve worked at really large restaurants in the city. We served more pizza those two days than we did in Queens sometimes in a week. We’re just here to serve the best we can and hopefully people like the pizza and we can keep expanding our offerings. We’re excited to be here and give the folks something different to try.”

Best Pizza Shop at 62 Main St. is open 12 to 9 p.m. Tuesday through Sunday (closed Mondays). The restaurant can be reached at 203-594-1857 and hello@bestpizzashop.com, and customers can order online. Best Pizza Shop is here on Facebook and here on Instagram.