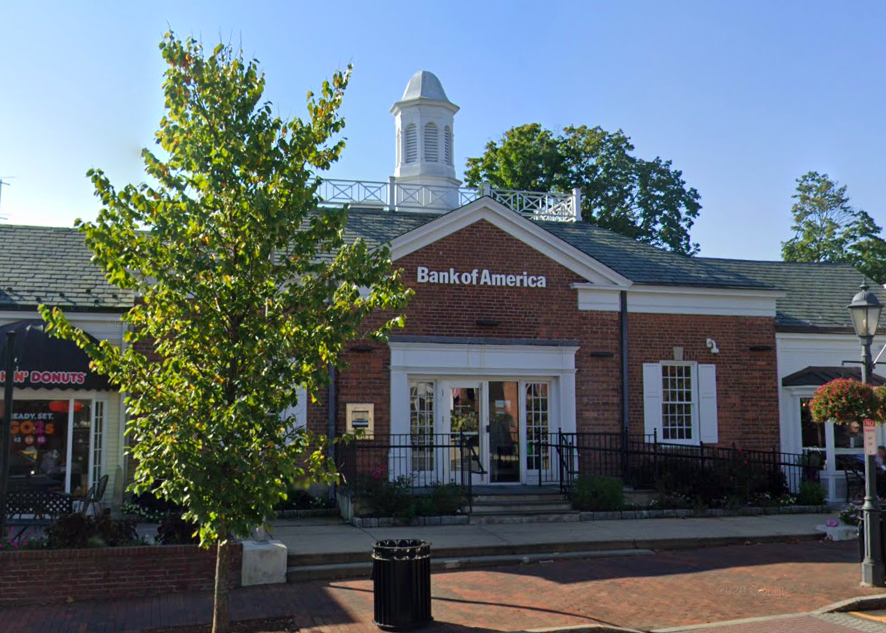 The Bank of America branch in the heart of downtown New Canaan has been “temporarily closed,” company officials say.

A sign on the 94 Elm St. building’s door—and messages on the Bank of America’s website and outgoing voicemail—all refer customers to the company’s mobile app or online services.

Yet it’s unclear why the branch is closed, how long it will be closed or whether company officials expect it to close permanently.

Multiple branch locations in Norwalk, Westport, Stamford, Greenwich and Ridgefield, also have been closed, according to the company’s website.

Bank of America representatives could not immediately be reached for comment.

Responding to a NewCanaanite.com Tweet on the closure, the Bank of America Helpdesk wrote in a Twitter auto-reply, “Thanks for reaching out to us today. We apologize for any inconvenience during this difficult time of uncertainty. Due to the state of circumstances nationwide, some of our financial centers are temporary closed or have limited hours.”

Municipal health officials said they were not aware of any COVID-19-related issues at the branch.

Constructed in 1929 as the New Canaan Post Office—up till then located on Main Street—the Bank of America building was designed to complement the 1923 Playhouse on the opposite site of Elm. Five years ago, officials on the Planning & Zoning Commission criticized the bank for what they called an unkempt the exterior of the building.

8 thoughts on “Without Explanation, Bank of America Branch on Elm Street Is ‘Temporarily Closed’”