The New Canaan Building Department on Dec. 9 received an application to demolish the 1895-built Colonial at 635 Weed St. Owned by the same party since 1983, the 3,870-square-foot home sits on 1.37 acres in the one-acre zone. 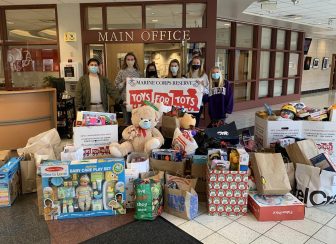 The New Canaan High School Student Coalition together with Charity Links donated more than $2,100 worth of toys to the Marine Corps Reserve Toys for Tots drive, the school’s largest such donation to date.

It’s been more than one year since New Canaan Health Department sanitarians inspected Tequila Mockingbird on Forest Street, according to Town Hall records (Dec. 12, 2019). The Veggie Barn on Vitti Street also hasn’t been inspected since Oct. 9, 2019, and South End restaurant on Pine Street since Feb. 25, the records show. Some food service establishments have been inspected twice in the same timeframe, such as elm (Feb. 20 and Oct. 16), Dunkin Donuts (Feb. 4 and July 10), Solé (Feb. 28 and Oct. 8) and Connecticut Muffin (Feb. 25 and July 10). 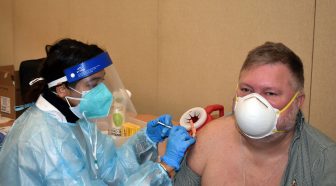 The New Canaan Town Clerk’s office on Dec. 1 received a 36-page declaration creating “Gramercy Park Condominium.” Plans show the Vitti Street development, conceived more than four years ago, includes 10 residential units and one commercial unit. It’s owned by a limited liability company that itself is owned by a second LLC whose principal is New Canaan-based Cambridge Hanover, a property investment firm, according to records on file with the Connecticut Secretary of the State.

The Board of Education voted 9-0 during its meeting Monday to approve a district calendar for the 2021-22 academic year that sets Aug. 30 as the first day of school.

The owner of the Briscoe Road home rented by a New Canaan husband and wife arrested by warrant in September on felony risk of injury charges is seeking a judgment from the court after the couple failed to file an appearance in an eviction case brought Nov.3, Connecticut Judicial Branch records show. Norwalk attorney Mark Skank on Dec. 11 filed the Motion for Default for Failure to Appear.

Here’s a round-up of some Christmas-related events at local churches:

The New Canaan Public Schools lunch ladies arrested two summers ago after police found they’d stolen nearly a half-million dollars over the course of several years both are awaiting trial dates, court records show. Joanne Pascarelli and Marie Wilson—as well as former Director of Food Services Bruce Gluck, arrested in connection with the case in May 2019—each pleaded not guilty to first-degree larceny charges. One year ago, officials said they found that the lunch ladies, accused of taking cash, didn’t steal from student charge accounts.

Finally, noise complaints fielded by the New Canaan Police Department are up about 29% year-over-year through November, according to statistics released by the Police Commission.