The single-story, 6-room ranch at 75 Parade Hill Road that was razed last summer—for more than a half-century the home of a New Canaan legend, the late photographer Syd Greenberg—is to be replaced by an 11-room Colonial, according to site plans and a building permit application filed with the town. 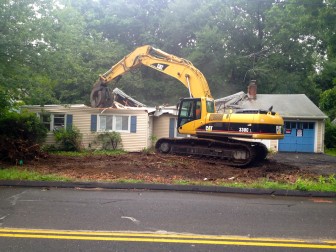 The ranch that Syd Greenberg built in 1954 at 75 Parade Hill Road came down last summer, a few months after the property was purchased. Credit: Terry Dinan

The new, 4,000-square-foot-plus home will include seven bedrooms and bathrooms, kitchen, family and dining rooms, an office and 2-car attached garage, according to the application, filed in August.

The .22-acre lot sits opposite a series of duplexes on Parade Hill Road, a street whose residents recently petitioned the town to request traffic-calming measures (it’s a popular commercial vehicle cut-through between Routes 124 and 123). 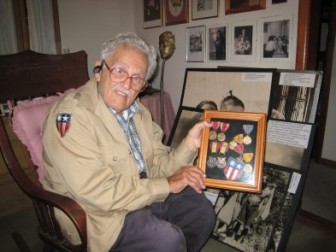 New Canaan icon Syd Greenberg with some of his medals. Credit: Terry Dinan

Greenberg, a New York City-born, celebrated World War II photographer—a tech sergeant in the 164th Signal Corps deployed in China who also was embedded with the Chinese National Army—passed in January 2012 at age 92. For decades he had served as the affable if unofficial photo-archivist for New Canaan, a longtime Justice of the Peace for whom the town gathered at a memorial service in the spring following his passing. Much of his historical New Canaan photo collection was given to the New Canaan Historical Society—much of it also is safely stowed in well-loved photo albums, framed in family rooms and longstanding local businesses. 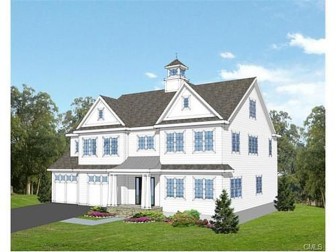 A rendering of what is planned for 75 Parade Hill Road.

It’s owned by Imperial Real Estate Holdings LLC, a company held by two Darienites, according to records on file with the Connecticut Secretary of the State.

The new construction is estimated to cost $600,000. Here’s a fuller description of the planned house, from Coldwell Banker. 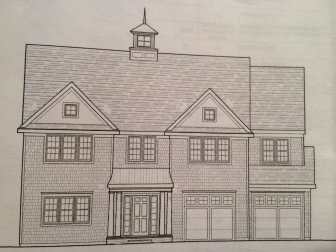 A rendering of the home planned for 75 Parade Hill Road, from site plans on file with the New Canaan Building Department.

The project’s architect is Christopher Hull of Cos Cob, the building permit application says.

It isn’t clear why construction is not yet underway. Officials in the New Canaan Building Department said building permit fees had not yet been paid. The individual listed as a contact on the building permit application could not immediately be reached for comment.