It’s been a tradition for many New Canaanites over the past half-a-century, and this year’s New Canaan Village Fair and Sidewalk Sale is shaping up to be one of the biggest yet. 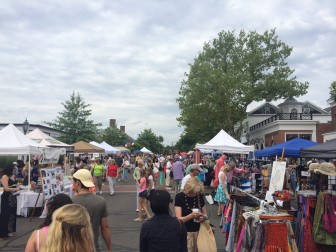 Running 9 a.m. to 5 p.m. this Saturday, July 18, the event run by the New Canaan Chamber of Commerce, and sponsored this year by William Raveis, is an installment that organizers say will have all generations talking.

“It’s the 50th year of the event, and what we always have appreciated is that during that time it’s always been called the Village Fair and Sidewalk Sale, because it is a fair as well—entertainment for all shapes and sizes,” Laura Budd, marketing associate for the New Canaan Chamber of Commerce, told NewCanaanite.com. “That’s something that differentiates New Canaan’s event from other surrounding towns.”

“We have over 115 confirmed vendors for the day. There’s no bad seat in the house. The streets will be closed from Burtis Avenue to East Avenue (off Main Street), and then all of Elm Street up to the stoplight at Park Street, as well as Forest Street. Every vendor who is here that day is committed not just to the event, but to the chamber for the year as well. We’re thrilled.”

And this is not just an event exclusively for New Canaanites.

“Vendors and shoppers from all over the tri-state area come,” Budd said.

“There’s a group of women from Long Island who come every year. We’re very fortunate. William Raveis is our sponsor this year and they will be providing something new to the event in a drone, a.k.a. the ‘Raveis Cam.’ It will give us the ability to see the view from up-above of what the streets look like that day. Karl Chevrolet and the YMCA will have some fun, family entertainment over by Main and Elm Streets. Then at the intersection of Elm and Park Streets, Kempo Academy of Martial Arts, here in town, is bringing a bouncy-castle. We’ll also have the School of Rock playing as well as the Town Band, over in the Pop-Up Park area. We love the response we get from the event. It’s a great day to do it. It’s an important day for our merchants, our members, and the residents and visitors that come down.”

With so many different deals offered at so many different stores during the event, NewCanaanite.com wants to give the customers a small sampling of what they can expect to see when they stop by some of their favorite local shops on Saturday: 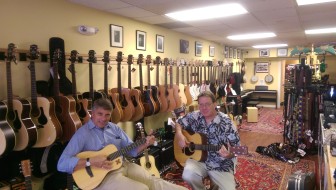 Phil Williams, Owner, New Canaan Music—”We will have our ukuleles, of course. There will be a stand out there, and some super special deals on those. Guitars, of course will be offered. Yeah, we’re going to have a whole lot of cool stuff going on for Sidewalk Sale day.” 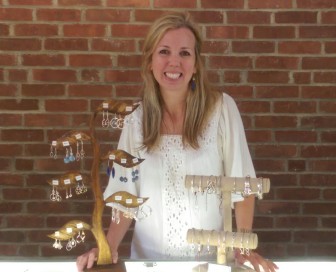 Kelly Sigg, Owner, Pennyweights – We are offering, just for Sidewalk Sale day, 20 percent off all jewelry. Everything outside that we’ll have as well as what’s inside the store will apply for that. We’ll have a tent outside with a couple tables with jewelry and will also include a lot of fashionable items, too. We also will offer with any purchase over $60, free flash-tatts, which are decorative tattoos that are either gold or silver. So it will be great for our customers! 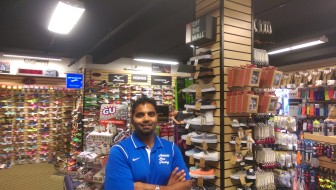 Rinku Ghadiyali, Manager, Athletic Shoe Factory—This is the biggest sale of our year. So every shoe we have is out on the street and is at the lowest price it’s going to be for the year. A lot of old stuff, a lot of new stuff. But the lowest prices of the year will be that weekend. We now carry Vans which is a brand we haven’t had before. Hoka is a new brand for us. We’ll have Under Armour sneakers, which we haven’t had before. Then for clothes we offer some of the same brands as the shoes –Nike, Under Armour, Adidas; all the running brands, Saucony, Asics. We look forward to it! 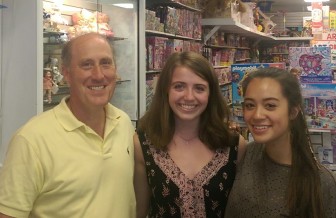 Chris Kilbane, Owner, New Canaan Toy Store—What we do is we’re ready to go by 8 a.m. And if it happens to rain, we’ll still have our sidewalk sale right back in our common area. So we’re here no matter what. We have all different kinds of things that we put out. It can range from grab-bags that can range from 25 cents to some furniture-type items that are $200-$300. But everything we have that day is a phenomenal deal. Everything that we have out will be 50 percent off. We probably (weather permitting) will have a table or two outside of a preview of things that will be offered the week leading up to Sidewalk Sale day. We generally put some stuff out early so that the loyal, local shoppers get first crack at a lot of the stuff. The steals for many, particularly in the summer, will be to get Legos at 50 percent off – that will be huge. We’ll also put out some trucks, dolls, and some other things that are great buys – I mean, really good buys.

Carrie, Employee, The Toy Chest—We will be offering products from all areas of our store – toys, games, puzzles and the like – for anywhere from 50-75 percent off.

Kinsey Ferguson, Store Manager, Vineyard Vines New Canaan—Certainly customers can expect a wide variety of men’s, women’s, and kid’s products. They can also expect great value for terrific price points. They can expect excellent customer service with additional registers this year. Vineyard Vines is a wonderful lifestyle store. It’s a family brand that continues to grow countrywide, and every day should feel this good!

So be sure to come downtown on Saturday and take advantage of all the deals, the food, and the fun!