Two months before Fotis Dulos killed his estranged wife at her New Canaan home, a friend of his traveled to a wooded hunting club property upstate where unsuspecting club members just days before the murder would come upon a 3.5-foot-deep, 6-foot-long grave covered over with grill grates and a debris, a blue tarp and two bags of lime inside, according to a state police detective’s affidavit. 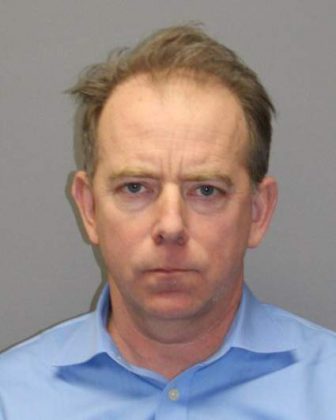 Kent Mawhinney, a 54-year-old Bloomfield attorney, was not only a friend of Fotis Dulos, but also had worked as the first lawyer to represent him in defense of civil suit brought by Jennifer Dulos’s mother, Gloria Farber, claiming Fotis Dulos owed her family $2.5 million in loans. He also had helped found the five-member Windsor Rod & Gun Club in East Granby more than a decade before, securing its 25-acre property, according to an arrest warrant application (see PDF below) from Detective John Kimball of the state police Western District Major Crime Squad.

Though Mawhinney himself was no longer a member of the club, he knew where to find the “hidden key to the logging chain” that secured its entrance, according to Kimball’s affidavit.

Six days before the May 24 murder, two club members came upon the “disturbed ground” of the would-be human grave, though they shrugged it off at the time because they weren’t aware of any missing people, and left after kicking around some debris so that no one would fall into the hole, the affidavit said. 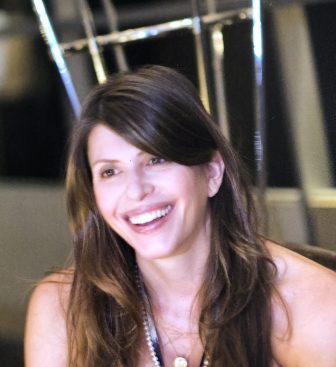 In the end, it would be more than two months before they went to authorities about their finding, though by then the bags of lime and tarp had been removed from the grave, which already had started to fill back in due to rainfall, according to the arrest warrant application. (Records place Mawhinney’s cellphone at the club at 11:04 p.m. on May 31.)

A K-9 search of the area that included New Canaan Police investigators turned up no human remains. The body of Jennifer Dulos, mother of five, hasn’t been found.

By the time of the K-9 search at the hunting grounds, in mid-August, Fotis Dulos and his girlfriend, Michelle Troconis, had already been arrested once for felony tampering and hindering in connection with the disappearance of Jennifer Dulos. Police soon brought a second set of similar charges against the pair, based on attempts to wipe clean evidence of the crime, and on Tuesday cited extensive circumstantial evidence in charging Fotis Dulos with murder, felony murder and kidnapping.

Troconis was charged with conspiracy to commit murder, as was Mawhinney, whose apparent role in planning and attempting to cover up the horrific crime by supplying false alibis emerged this week for the first time.

Arrest warrants made public this week use cellphone geolocation data to place Mawhinney in the home office of Fotis Dulos’s construction company on the night before and morning of the murder.

His cellphone pinged near a tower that serves Fotis Dulos’s home at 5:21 p.m. and 5:23 p.m. on May 23, according to the arrest warrant application, signed by state Superior Court Judge John Blawie.

“These times coincide with the time at which Dulos left his dinner party guests on the night before Jennifer’s disappearance to drive to Stop & Shop in Simsbury because he needed more meat to cook,” Kimball said in the affidavit. “Prior to his device traveling to the area of Stop & Shop, Dulos’s device traveled to the area of 80 Mountain Spring Road. Residential surveillance confirmed Dulos drop onto the property of 80 Mountain Spring Road, remaining here for approximately seven minutes.”

In two interviews with police in June, Mawhinney’s responses to investigators’ questions were “frequently vague or evasive, at times self-contradictory, and otherwise suspicious.” His name appeared in what Kimball dubbed the “Alibi Scripts,” discredited handwritten timelines created by Fotis Dulos and Troconis that were designed to establish their whereabouts and activities at the time of the murder.

Mawhinney himself told police he couldn’t remember whether he saw Fotis Dulos on May 23 and he denied phone contact on May 24. Yet Fotis Dulos’s own phone records showed an outgoing call to Mawhinney at 7:47 p.m. on May 24, and “[d]uring his second interview with police Mawhinney reported he had received a concussion resulting from a fall down a set of stairs on 5/25/19—the day after Jennifer’s disappearance,” Kimball said in the affidavit.

“Mawhinney reported he had to replace his cellphone after that fall damaged the phone’s screen,” the affidavit said.

Fotis Dulos had left his own cellphone behind on a desk in the home office on the morning he killed his wife, the affidavit said. Though Mawhinney told investigators he had “no memory” of seeing Troconis on May 24, when an overseas call came through that morning, he instructed Troconis to pick up the call, according to Kimball. Mawhinney appears to have misspoken while under interrogation by police detectives about the 17-second call, presumably an attempt to establish an alibi for Fotis Dulos.

“When pressed on whether he answered any calls that morning, Mawhinney answered, ‘Why would I direct someone to answer a phone?’ ”  the affidavit said.

One thought on “Arrest Warrant: Friend of Fotis Dulos Connected to Grave Dug in Woods Two Months Before Murder”