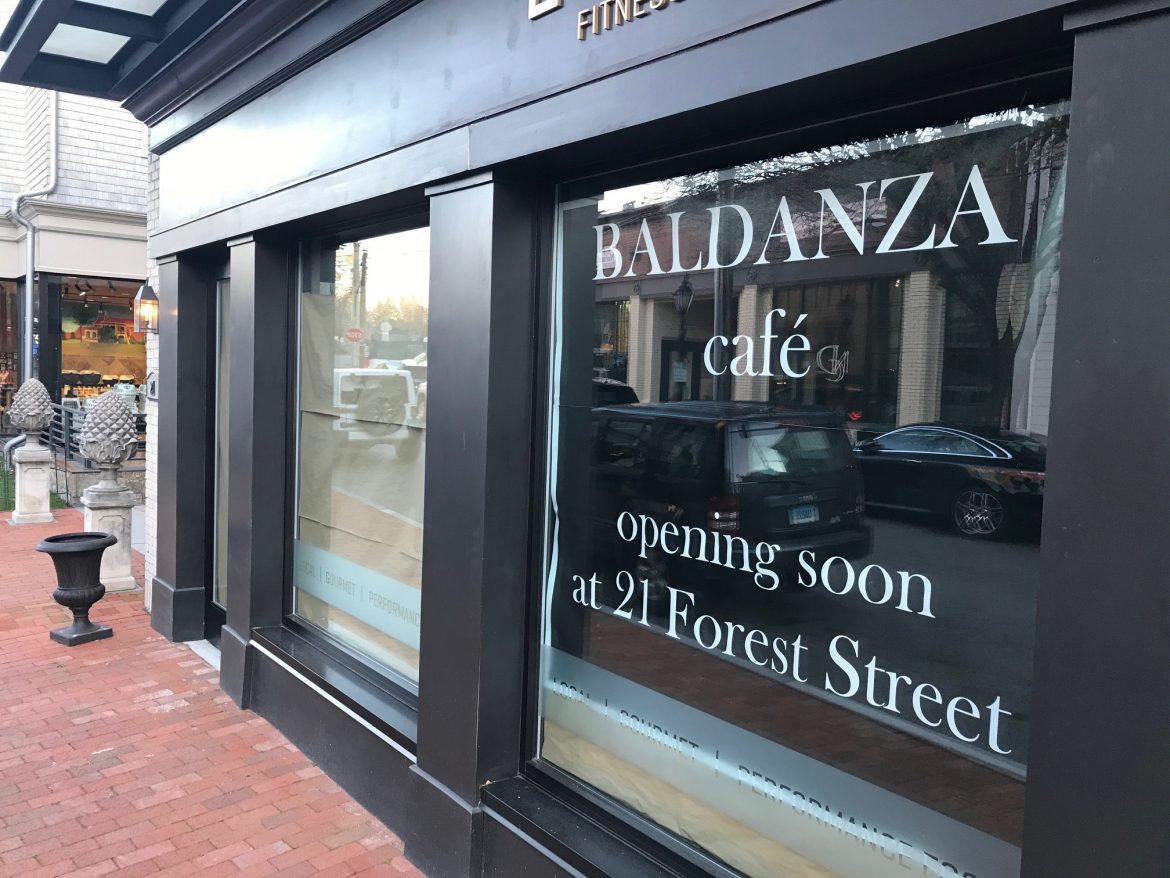 Months after closing their downtown New Canaan location, the owners of a local restaurant known for using fresh organic ingredients are planning to reopen on Forest Street, according to a sign in the building’s window.

Baldanza Café is “opening soon” at 21 Forest St., according to the sign.

The commercial space, part of the Heritage Square condominium development, has been vacant since Embody Fitness Gourmet closed in January.

Originally located at the back of the alley at the bottom of Elm Street, near Main, Baldanaza two years ago moved to 129 Elm St., then closed in April.

Owners Sandy and Angela Baldanza said at the time that they were working on reopening here in a different space, and kept their Darien location open.

It’s unclear just when they hope to reopen. The Baldanzas could not immediately be reached for comment.

Baldanza in 2017 had entered into a partnership to operate the Bedford Post Inn in Bedford, N.Y. and revised the menu there, but left after a short stint.