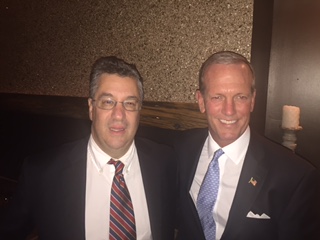 Mallozzi garnered 2,841 votes against petitioning candidate challenger Michael Nowacki’s 276, according to Town Clerk Claudia Weber. A total of 3,674 eligible voters cast ballots, according to Weber (herself the highest vote-getter in the election).

“I am delighted with my margin of victory,” Mallozzi told NewCanaanite.com. “I felt during this whole election and race that I was pretty much running against a candidate that was not a viable alternative. I am delighted to see the turnout and support for me. I’m very, very happy for Nick Williams who has been an unbelievable partner of mine and I congratulate all Republican candidates who won tonight and the Democrats who won, and I look forward to working with them the next couple of years to enhance what we can for the town of New Canaan.”

Here’s a chart of results from contested races, article continues below:

Jones said she was “very excited” with the results. 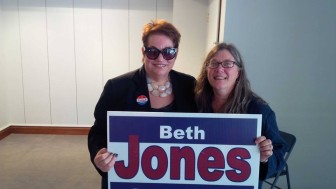 “I am looking forward to this next term and, boy, there is stuff even on our agenda tomorrow that I think is very challenging. So I am ready to go.”

“I love this town. I didn’t grow up in this town, moved here because my wife grew up here and it was on our radar screen and when I first saw this town, I was like ‘Oh my gosh, this is best town in America.’ It’s perfect, picturesque. Just a wonderful, wonderful town with great people. I am honored to continue to be a selectman of this town. I think we’ve made a lot of progress over the past few years in getting things done. This is not a paid job for me, but it’s a job I love and I will continue to do and push forward with what I believe is best for this town.” 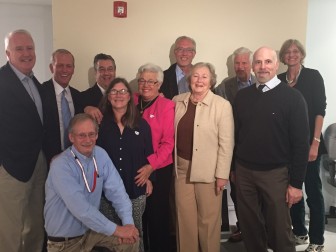 Nowacki told NewCanaanite.com that he would make no official comment on the election results until Wednesday, after he had a chance to review them in full.

Asked how she was feeling, Kenin said: “I am feeling fantastic.”

“I worked really hard and I ran a clean and positive campaign and I think that I achieved one of my major goals which was to get a lot of new members engaged and out to the polls—the numbers are higher than they normally are in a non-presidential election [year]—and I am very enthusiastic about the entire proposition. And I do want to add, too, that I will be working with the ‘Core Four’ and I think it’s a great group of people and we will work very well together.” 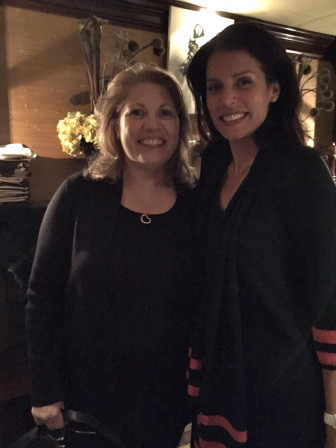 The “Core Four”—Kenin, Karl, Campbell and Ross–referred to the four Republic caucus-backed candidates for Town Council, and a phrase that became part of their campaign materials.

Karl said he was very grateful to the town and his supporters.

“It confirms that I try as hard as I can to represent all the people in New Canaan in the decisions that I make,” Karl said. “It is really about the people that live and work in New Canaan and having grown up here, I try to look at all sides of an issue and try to weigh in and be as fair as possible and I think people recognize that. I do it with my heart and you always have to vote with your heart, and so far it has worked. This was a long day from the beg 6 a.m. to 8 p.m., it was a long day.” 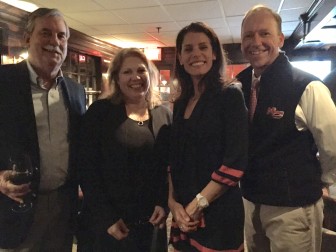 Karl also thanked the RTC, those who helped with the campaign and his fellow “Core Four” members. “The other three who were elected with me worked hard and got out and are very engaged on the issues and they will do very well on the council.”

He added that Roger Williams, who challenged to keep his seat on the Town Council as a Republican though he did not have the backing of the caucus, “works as hard as anybody on that council.”

“And people may not necessarily appreciate his delivery, at times, but he is a very hard-working guy that cares about New Canaan and he should hold his head up high,” Karl said of Roger Williams. “He ran a clean campaign and you have to respect that he believes in this position. He’s a very, very good example of somebody stepping up to the plate to serve his community, so hat’s off to him, as well.”

Others elected Tuesday in uncontested races include:

Board of Assessment Appeals