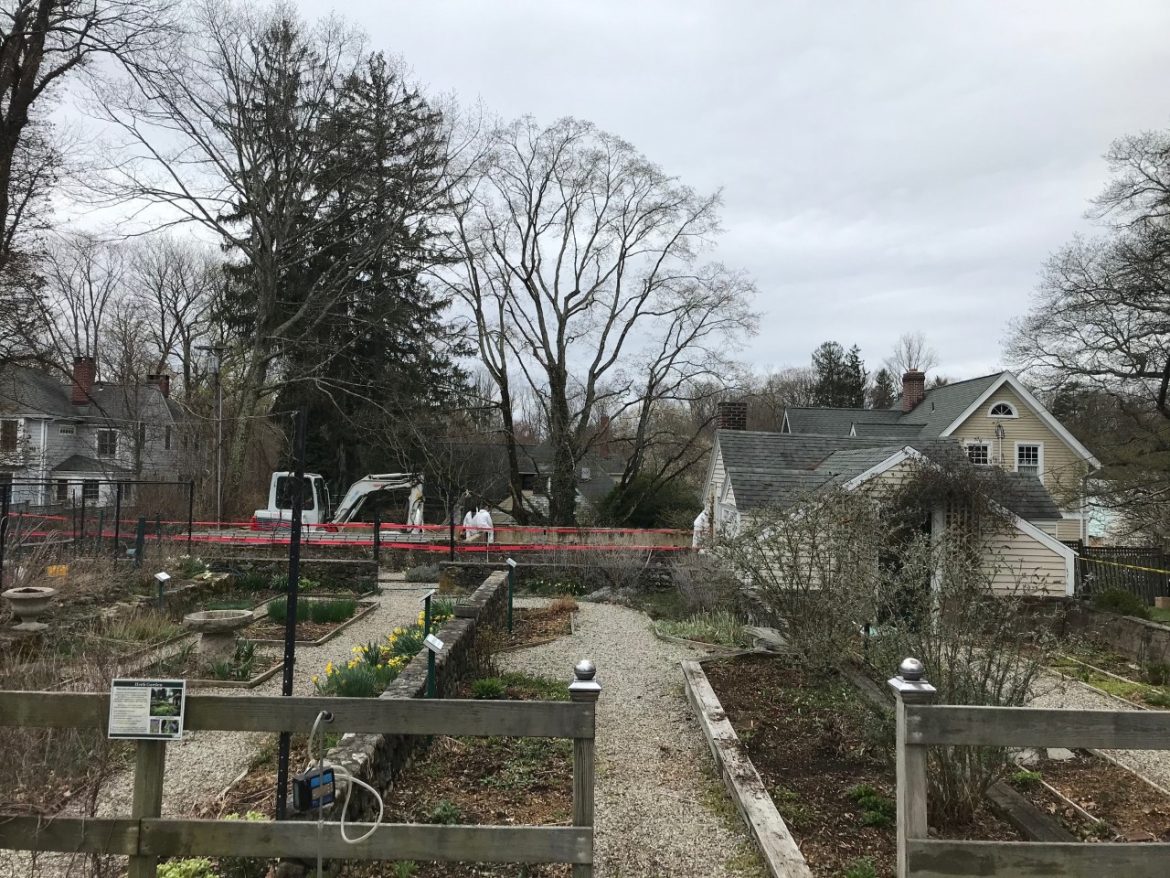 The greenhouse was located on the far side of this community garden. The director's house is off on the right. Credit: Michael Dinan

More than one year after demolition plans entered the public realm, a dilapidated ca.-1900 greenhouse at the New Canaan Nature Center has been razed, town officials said Monday.

The contaminant-laden town-owned structure “is down,” Public Works Director Tiger Mann said during a regular meeting of the Selectmen’s Advisory Committee on Buildings and Infrastructure.

“We had some residents coming and asking for materials even after we told them that they couldn’t,” Mann said during the meeting, held via videoconference. “We had exhausted all possibilities as to re-using any of the materials themselves. But it’s down. The last bit is to put it into a dumpster and take care of some of the soils in the area, and then we’ll backfill it and turn it into a garden.”

His comments came during an update to the committee on Public Works- and utilities-related projects throughout New Canaan.

The work bookends a year that saw some residents and members of a town committee voice opposition to the demolition and way by which the public was notified—to no avail. After the Board of Selectmen last month approved a contract for the demolition work itself, a local resident surprised town officials by posting a Craigslist ad saying the greenhouse was a “valuable antique” in “good shape” that was available free pickup.

The greenhouse was located behind the director’s house and the organization “will be using the foundation of the greenhouse to expand our community and herb gardens,” Executive Director Bill Flynn told NewCanaanite.com in an email when asked about plans for the site.

“After the demolition is completed we will asses the area and determine the exact use for it,” he said. “We are happy that the hazardous materials have been removed, and on a personal note, happy that glass panes are not falling into my back yard anymore with my 4 year-old son running around!”

Mann noted during the meeting that the Nature Center’s lot was paved during last week’s April break and that the organization’s driveway and lot now “look very nice.”

“We kind of transformed the entire Nature Center now, so it looks into the 21st Century, so to speak,” he said.