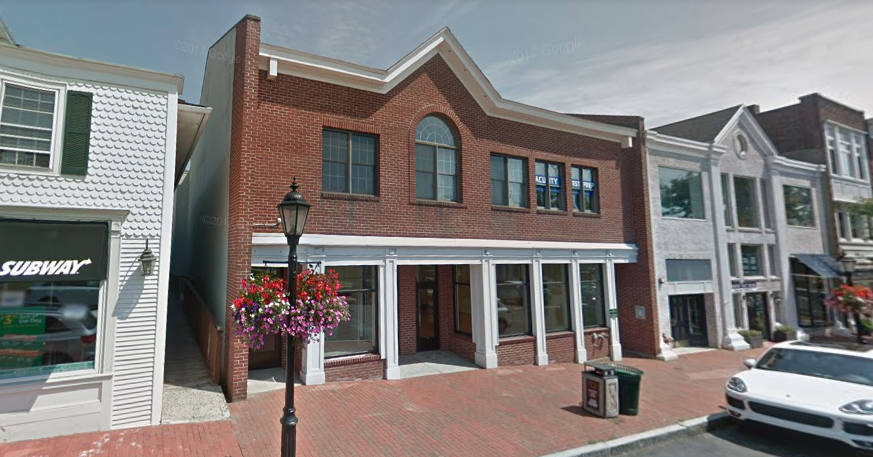 A franchisee of Club Pilates has submitted a site plan application to the town to install a fitness studio in a prominent commercial space on Main Street.

According to an application filed with Planning & Zoning, Club Pilates would occupy about 2,000 square feet at 70 Main St., opposite Town Hall.

It would offer group and individual Pilates classes as well as “barre, reformer, spring board, TRX and the sale of related apparel, equipment and retail products,” the application said.

Under the New Canaan Zoning Regulations, service establishments are permitted in the Retail A zone with site plan approval as long as a retail component faces the street and occupies a certain amount of the commercial space (see page 74 here).

Plans filed with P&Z show a new front window with retail displays and a desk in the front area, with a 12-mat studio in the rear.

The applicant is listed as Scott Ackerman of Darien. He opened a Club Pilates in that town about one year ago, according to Darienite, and has planned to open several more in the area, the Darien Daily Voice said.

The commercial space on the street-level of 70 Main St. has been vacant since men’s clothing retailer JoS. A. Bank closed two years ago.

The property in February was sold to a limited partnership based in California. In August, the town issued a building permit for about $30,000 of interior work, including demolition of the first-floor retail space.

Club Pilates has more than 800 franchise locations in 37 states and Canada, according to its website.