JoS. A. Bank, the national men’s clothing retailer that for years has occupied the street-level commercial space at 70 Main St., has closed. 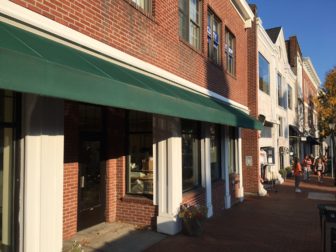 A worker on Tuesday afternoon confirmed that the store is closing, though it isn’t clear why. Boxes of tailored and causal clothing are scattered about much of the sales floor, and the JoS. A. Bank name has been removed from an awning out front.

The company has more than 600 stores nationwide and the ones now are in Cos Cob and Westport, according to the JoS. A. Bank website. Darien also used to have a store, on the Post Road.

Laura Budd of the New Canaan Chamber of Commerce said: “Of course we hate to see a retailer leave such a large spot in town. Jos. A Bank filled a specific niche and were good neighbors. We know Family Britches, Island Outfitters and Vineyard Vines are here to serve the men’s clothing needs and they have always done a terrific job.”

Officials with the Hampstead, Md.-headquartered company could not immediately be reached for comment.

JoS. A. Bank is the second men’s clothing retailer to close in two years. Jack Spade on Elm Street closed in January 2015 after two-plus years there. That commercial space was filled by Sarah Campbell, whose former location a few doors down also was filled, by children’s clothing shop Ella & Henry.

One thought on “JoS. A. Bank on Main Street Closes”