Men’s clothing and accessories retailer Jack Spade will close its Elm Street store at the end of this month, officials say. 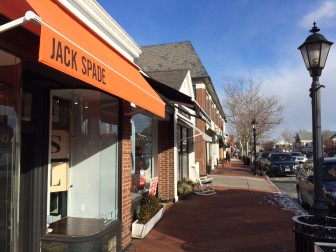 Store manager Andrew Jamieson, a North Stamford resident who conceived of the recent Gentlemen’s Shopping Night, organized by the New Canaan Chamber of Commerce, said he and the staff have enjoyed “initiating a lot of great events and getting involved in the community.”

“We have loved calling New Canaan our home,” he said. “Everybody who is here in our team is from the area. [Jack Spade] is a great product and we always enjoy forging personal relationships and business relationships.” 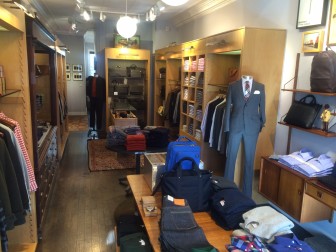 Jack Spade’s eight other locations are in cities, Jamieson said, and though New Canaan has many New York City commuters, opportunities for those commuting professionals to shop the Elm Street store may have been rather limited to non-working, non-traveling weekends.

Laura Budd of the New Canaan Chamber said that in the 2.5 years Jack Spade has been in town, “they have been active participants in all of our community events, from the Taste of the Town Stroll to the Sidewalk Sale and it was Andrew’s idea to start the Gentlemen’s Stroll this year. We hate to see them go and wish them well in the future.”

A vacancy at number 143 would become the fourth on the shopping drag downtown, Elm Street between Main and Park—with the spaces formerly occupied by Littlejohn’s, Whitney Shop Baby and Red Mango—though the last of those is slated to see a fine signed and estate jewelry open in mid-March. Further down Elm, the countdown for the “liquidation sale” at Henry C. Reid & Son jewelry shop has run its course, and the store appears to be operating still, though it isn’t clear for how long.

Another change expected to come to Elm Street is when The South End takes over and operates the restaurant space currently occupied by Picador.

Jamieson said Jack Spade currently is offering a 25 percent discount and may launch a deeper sale as the end of the month approaches.