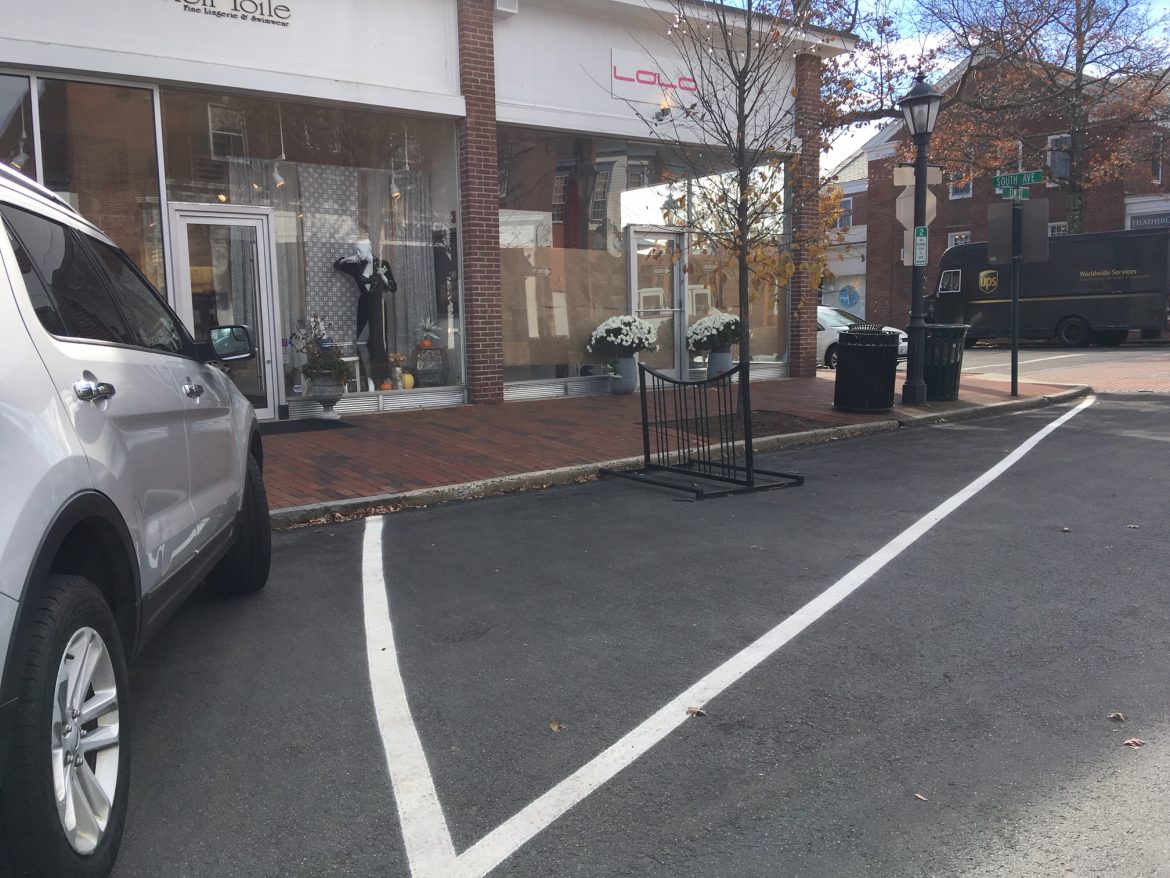 Here's where it happened. She parked to the right of the bike rack seen here. Credit: Michael Dinan

Despite her protests, officials this month upheld a $30 ticket for a woman who had parked on the southeast corner of Elm Street and South Avenue, squeezing in between a bike rack and the pedestrian crosswalk.

Lauren Sandstrom said she didn’t deserve the ticket for a No Parking Zone violation, issued at about 1 p.m. on a Friday in October. Though lines had been drawn on the asphalt there, sketching out a no parking area, they had not yet been repainted, Sandstrom told members of the Parking Commission at their regular meeting. 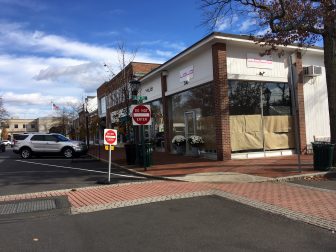 The bike rack is located near the intersection of South and Elm. Credit: Michael Dinan

Also, a sign there says two-hour parking from 9 a.m. to 6 p.m., with arrows pointing in both directions.

“So I parked my car and actually when I came out, the lady in the store said, ‘Oh yeah, the man [parking enforcement officer] on the bike was just here and passed out tickets,’ and he actually had ticketed every car in a line, including a car that parked next to me on the other side [of the bike rack],” Sandstrom said during her appeal hearing, held at Town Hall.

Chairman Keith Richey asked whether Sandstrom had parked in the “spot” for less than two hours.

“Oh yeah, I was only there for like less than a half hour,” she said. “So I was there for parking in a No Parking Zone, that was my ticket, and I have actually gone back since. They have painted the line and it is actually just one line and it is really even with the line being painted. It’s very difficult because the line starts at the corner and goes out to the end so it’s very difficult to see that it is actually not a parking area. There need to be multiple lines to see that it is a no-parking area.”

She added that the way the area is marked “saves paint.”

“It really saves paint, but it doesn’t help the person who is parking,” Sandstrom said.

Richey noted that it’s taken some people time to get used to a newly enforced rule that says they may not park within 25 feet of a crosswalk.

Even so, during deliberations the Commission noted how near to the corner itself Sandstrom had parked her car.

“She parked on the right-hand side of the bike rack,” Commissioner Peter Ogilvie said.

Commissioner Pam Crum added that there was a line drawn in the asphalt on the day that Sandstrom parked, Oct. 12, that served as a “no parking indicator.”