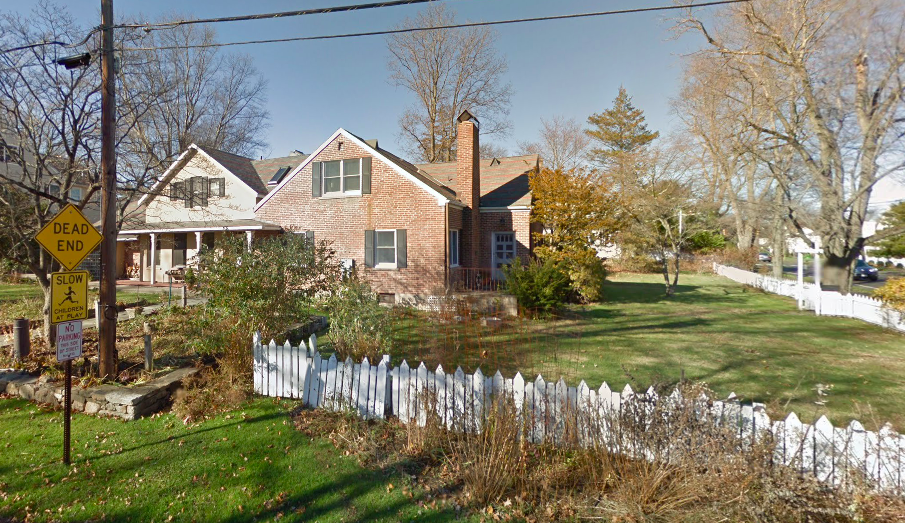 Saying their privacy has eroded as larger, taller homes have gone up around them, the owners of a 1.5-story Cape on South Avenue are seeking permission from a municipal body to create an approximately 12-by-22-square-foot covered patio at the back of their house.

The owners of 411 South Ave. in a letter to the Zoning Board of Appeals said their hardship is that “the inexorable trend toward bigger (surrounding) houses has eliminated our outdoor privacy.”

John and Hutton Cole, owners for 30 years of the 3,315-square-foot brick house at the corner of Crystal Street said they “wish to partially reclaim” that privacy with the porch.

“When we bought our house in 1991 the prevalent architectural style of the neighborhood was either single story ‘ranch’ or 1.5-story Cape and the code would have allowed the coverage we now seek,” the Coles said in their April 7 letter.

“Today, our abutting neighbors as well as most of the homes in the area have converted to 3 stories and the increased verticality and bulk has reduced the privacy of our yard. We are surrounded by windows, we are living in a diorama. Fencing and landscaping are not viable solutions. Though we could plaint large dense trees that would not be neighborly, we would obtain privacy but we would also totally block not only our sunlight but our neighbor’s as well. Finally, we wish to mention that our proposed single story structure would not intrude on any neighbor’s sightline or sunlight.”

The ZBA is scheduled to hear the application at its regular meeting at 7 p.m. Monday.

The homeowners are seeking a variance from a section of the New Canaan Zoning Regulations that sets caps on building coverage based on lot size. Under the New Canaan Zoning Regulations, the Cole’s .49-acre property would be allowed building coverage of about 2,605 square feet (see page 58 here). The property currently is legally nonconforming and slightly over coverage, and the planned 266-square-foot patio would bring total coverage to 3,056 square feet, according to the town planner.

In a memo to the ZBA, Town Planner Lynn Brooks Avni said, in part, “In order to grant this variance, the Board must make a determination that a literal enforcement of the Regulations would result in an exceptional difficulty or an unusual hardship. Additionally, the hardship needs to be solely with the parcel of land that is the subject of this application and it is owing to conditions that especially affect this parcel and not generally the district.”