The video above was produced by New Canaan High School seniors Sean Manzella and PJ Sensbach as part of their work in the Senior Internship Program. The pair have an internship with the program’s coordinator, Heather Bianco, and are spotlighting participants. More videos can be seen here.

NCHS has been ranked No. 7 in Fairfield County and No. 15 in the state by the U.S. News & World Report’s new list:

First Selectman Kevin Moynihan said during a press briefing Thursday that the Elm Street retailer interested in leasing the former Outback Teen Center building likely will not pursue it. The town now is “trying to decide whether to proceed with a broker” on a future tenant, he said.

Next Wednesday’s “New Canaan Speaker Series” installment—“Identity Theft, Scams & Fraud in Fairfield County,” to be held 7 to 9 p.m. at Town Hall—was the 2,000th event uploaded to the NewCanaanite.com calendar. Local organizations may upload their events through this page and we will share the information with the community in our daily newsletter. 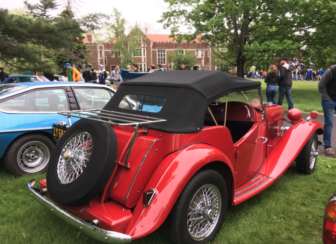 From the May 22, 2016 Caffeine & Carburetors at Waveny. Credit: Michael Dinan

As of Wednesday, 519 “show cars” had registered for Sunday’s Caffeine & Carburetors gathering, to be held at Waveny Park, according to Parks & Recreation Commissioner Matt Konspore. A C&C volunteer, Konspore noted the number during a discussion about parking at the Commission’s regular meeting.

Motorists on Route 106 between Weed Street and Lapham Road will be detoured up Talmadge Hill Road and on Lapham from 8:30 a.m. to 4 p.m. on the following days, due to the natural gas expansion from Eversource, company officials say: June 25 to 29, July 9 to 13  and July 16 to 20.

Police cited a 23-year-old Stamford woman for possession of less than .5 ounces of marijuana and possession of drug paraphernalia at about 9:30 p.m. Monday after stopping her car on New Norwalk Road for having a defective marker plate. 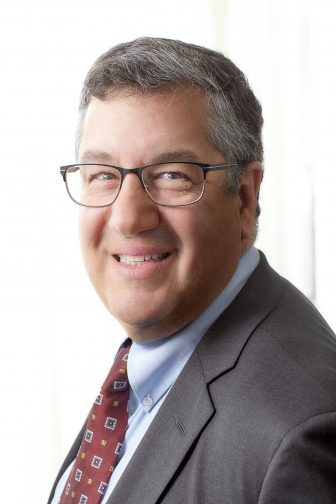 Bankwell SVP, Director of Business Development Rob Mallozzi has joined the board of the New Canaan Historical Society. The longtime owner of Bob’s Sports and former first selectman of New Canaan has been with the bank since December. Historical Society Executive Director Nancy Geary said in a statement: “The Historical Society is honored to have Rob join its board. His knowledge of this community, his commitment to preserving the heart and soul of the Town of New Canaan, and his respect for its cultural institutions, plus his energy, enthusiasm and good cheer, make him an invaluable member. I am thrilled to have the opportunity to work with him, and I know the other members of the Board look forward to collaborating with him.”

The Committee’s Awards for Rehabilitation

The Trustees’ Awards for Restoration 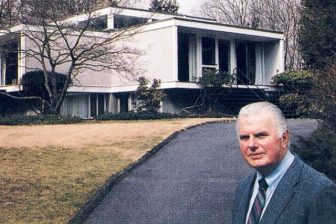 The President’s Award for Preservation

Registration for New Canaan Youth Field Hockey is open to all incoming 5th through 8th graders (Fall of 2018). Register online here. Space is limited. Questions should be emailed to newcanaanfh@gmail.com. 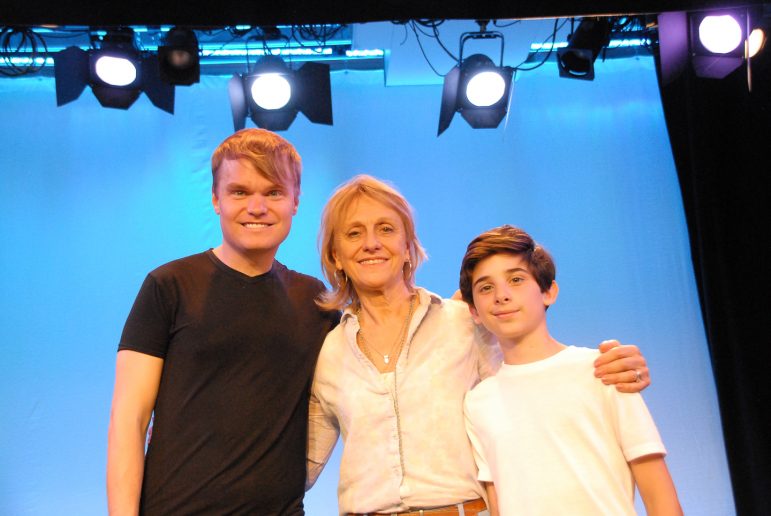 The students at the Performing Arts Conservatory recently were able to talk to and perform for John Mara, Jr. who is a theatrical talent manager from New York City. John spoke to the students (and their parents) about what a manager and agent does and what the process is to get one. The students were also interested in how to find out about auditions in NYC and how to prepare for them. Photo L-R: John Mara Theatrical Manager, Melody Meitrott Libonati Director of Conservatory, professional actor Christian Camporin at Performing Arts Conservatory’s Theatrical Management Workshop for students and parents. 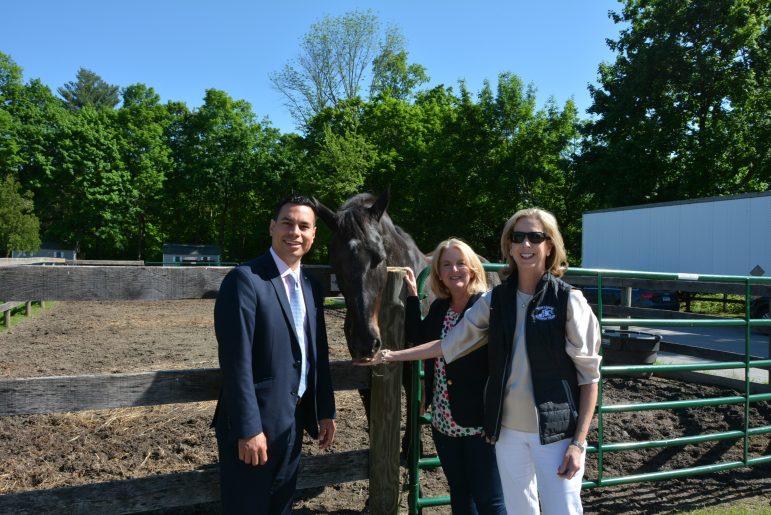 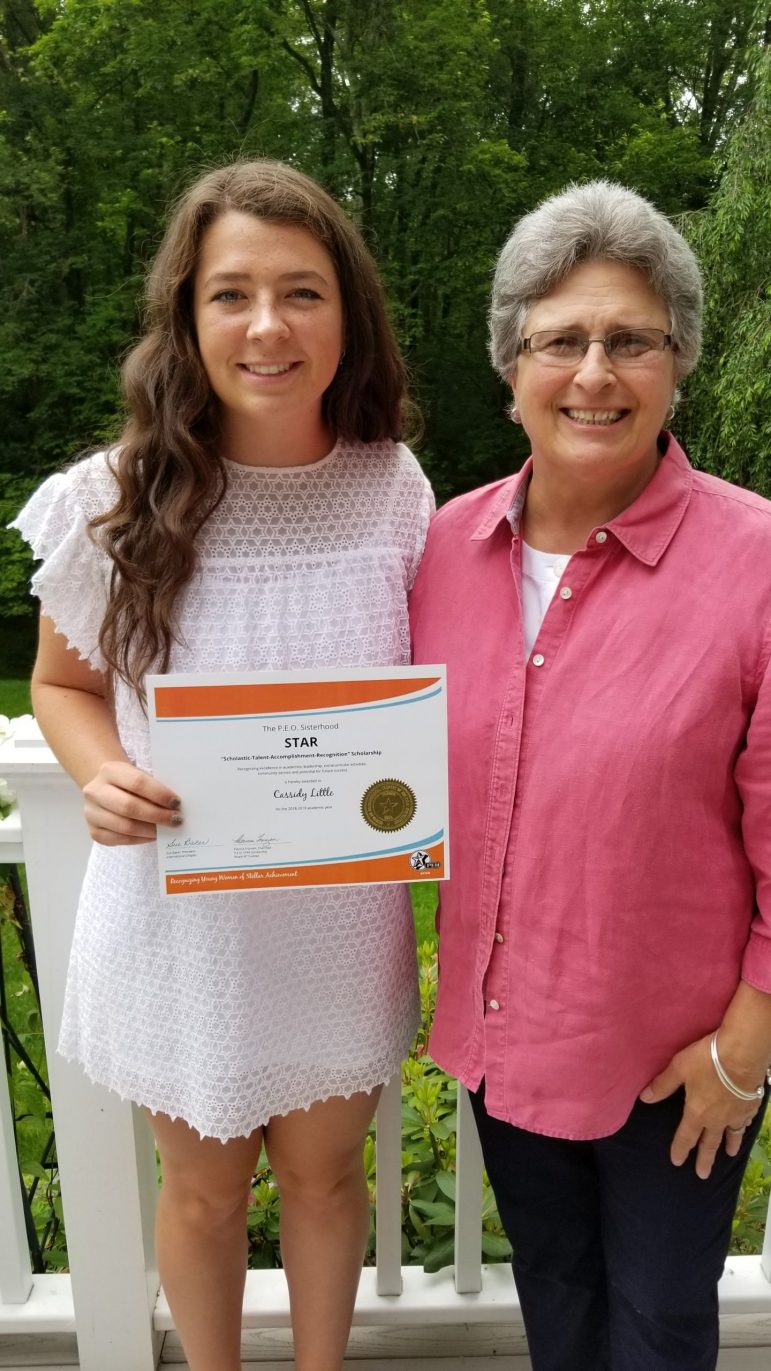 New Canaan PEO Chapter N is pleased to announce that the P.E.O. STAR Scholarship for the 2017-2018 academic year, was presented to Cassidy Little, a senior at New Canaan High School. Cassidy is the daughter of Janet and Rod Little and was recommended for this scholarship by P.E.O. Chapter N of New Canaan. Little has been accepted and will attend Georgetown University where she has plans to study pre-medicine beginning this fall. The P.E.O. STAR Scholarship is a $2,500 Scholarship based on excellence in leadership, extracurricular activities, community service, academics, and potential for future success. The program is open to young women who are citizens or legal permanent residents of the United States or Canada and who are graduating high school seniors at the time of application. A student must be recommended by a P.E.O. chapter.