Congratulations to 1997 New Canaan High School graduate Elon Green, whose nonfiction book “Last Call: A True Story of Love, Lust, and Murder in Queer New York” has been selected by Goodreads and Literary Hub as one of the Most Anticipated Books of 2021. 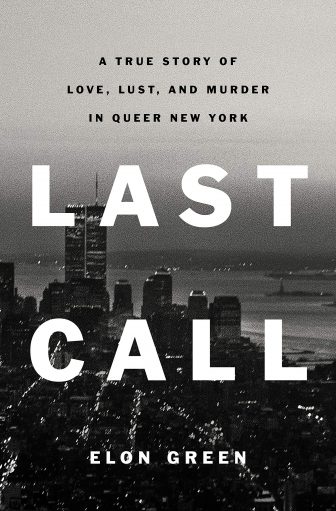 It’s due out March 9. One reviewer, David Grann, author of “Killers of the Flower Moon,” wrote: “In this astonishing and powerful work of nonfiction, Green meticulously reports on a series of baffling and brutal crimes targeting gay men. It is an investigation filled with twists and turns, but this is much more than a compelling true crime story. Green has shed light on those whose lives for too long have been forgotten, and rescued an important part of American history.”

The Boards of Directors of Visiting Nurse & Hospice of Fairfield County and Waveny LifeCare Network this week announced the completion of the first phase of their planned integration. Effective Jan. 1, the alliance expands Waveny’s continuum of services to include school nursing programs, public health nursing and The Thrift Shop on Locust Avenue.

Officials said during a regular meeting Thursday of the Health & Human Services Commission that, following a formal bidding process, the public housing complex at Millport Avenue is on track to be managed by the same company that manages the Section 8 development Canaan Parish.

Dr. Harrison Pierce, chair of the Health & Human Services Commission, opened Thursday’s regular meeting by referring to the events that had unfolded the prior day at the Capitol, saying, “With the chaos of yesterday and last night aside, we will look at our agenda.” The United Methodist Church bells on Thursday morning played “America, the Beautiful.” (The church is live-streaming its services at 10 a.m. Sundays.) Congress was meeting Wednesday to certify election results. The Connecticut Secretary of the State’s updated tally for the Nov. 3, 2020 election shows that 59% of New Canaanites voted for President-elect Joe Biden and Vice President-elect Kamala Harris (7,928) compared to 39% for President Donald Trump and Vice President Mike Pence (4,855).

New Canaan Human Services Director Bethany Zaro said during the Commission meeting that incidence of the regular flu is “very low” so far this season. “Because of these measures we are taking for COVID, we are seeing a decrease in transmission for the flu at this point,” she said. “But it’s early. We’re going to start now January, February. There probably will be an uptick.”

The Board of Selectmen on Tuesday voted 3-0 to approve a reduction in the mileage reimbursement rate for town workers from 57.5 to 56 cents.

The owner of a Briscoe Road home occupied by a husband and wife arrested by warrant in September on felony risk of injury charges, on Monday as part of an eviction effort filed a Motion for Judgment for Possession saying the pair have failed to plead within the required time period.

Here are some upcoming community events, submitted to the Community Calendar through this tool: