New Canaan Police Chief Leon Krolikowski said Tuesday in reviewing the department’s work while presenting a proposed fiscal year 2022 budget to the Board of Selectmen, “We continue to work the Jennifer Dulos missing person murder investigation. You will see that in the news just recently, and that continues to be an effort, and thanks to the state police for their great work and all the other agencies that helped us with this tragedy, and hopefully we’ll get some closure for the Dulos family and we will find Jennifer at some point.” 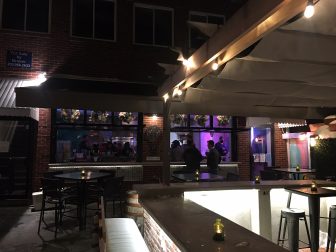 The Back End is located at 17 Elm St. in New Canaan, up the alley behind SE Uncorked. Photo published with permission from its owner

The commercial building at 17 Elm St., home to newly opened Mexican restaurant The Back End, sold for $1,275,000, according to a property transfer recorded Jan. 20 in the Town Clerk’s office. The new owner is 17 Elm Street LLC. According to Connecticut Secretary of the State records, the managing principal of that company is Nick Martschenko, chef/owner of the new restaurant there as well as the nearby SE Uncorked and South End on Pine Street. 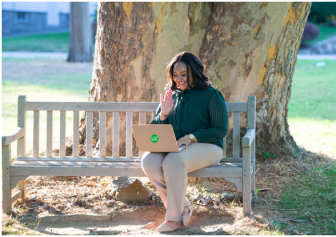 New Canaan-based nonprofit organization LiveGirl announced this week its launch of She Cares, a free one-on-one mental health mentoring program, in partnership with Silver Hill Hospital. The program I designed to provide girls “the opportunity to speak freely and openly with a professional about the pandemic, missed connections, friend stress, school pressure, and any other confidence issues,” LiveGirl Founder and CEO Sheri West said in a press release.

The owner of a Mariomi Road home is evicting his tenants, saying they’ve missed six $12,000 monthly rental payments since August, Connecticut Judicial Branch records show. According to state business records, the managing principal of the limited liability company that owns the home is a Stamford resident.

The New Canaan Building Department on Jan. 22 issued an after-the-fact permit for about $10,000 in work done to a condominium in the Prides Crossing complex at 312 Elm St. According to the permit, Unit 49 had a “lower level bathroom installed” and “the work was apparently never properly permitted.” Tax records show that the unit was purchased in May 2018 for $1,075,000 by 217 Country Club Road LLC, a company whose managing principal is listed in state records as Thomas Aylward IV.

NewCanaanite.com turns seven on Sunday. Here’s where we first appeared on social media: 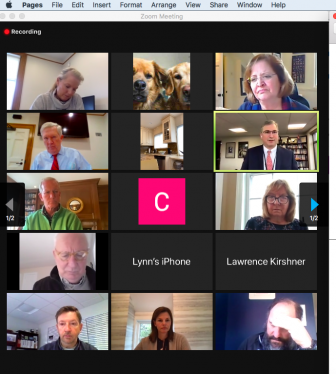 Zoom screenshot from the Jan. 26, 2021 Board of Selectmen meeting.

First Selectman Kevin Moynihan opened Tuesday’s selectmen meeting by saying, “Before I start, I’d like to make a comment that we will not allow people to have inappropriate photos or other things on the, on their—if you’re not going to be on by video, you should have your name and your affiliation only, and an appropriate face picture, if you choose, but, so I will give people a chance to change that requirement. Otherwise you’ll be removed from the meeting.” It didn’t appear that any of the attendees changed their Zoom profile pictures or that anyone was ejected from the public meeting.

A reminder that kindergarten pre-registration for New Canaan Public Schools is underway.

Finally, Carriage Barn Arts Center is looking for New Canaan High School alumni artists to feature in an upcoming exhibit. It’s open to graduates of any year who are studying or pursuing their art as a profession or interest/hobby. More information can be found here.