The new cell tower at the end of Soundview Lane in northeastern New Canaan is on track to be operational by May, First Selectman Kevin Moynihan said during Wednesday’s regular meeting of the Town Council.

Some upcoming events to pencil in:

The Board of Selectmen on Tuesday afternoon held a special meeting with a single agenda item: “Executive Session to discuss potential litigation to protect the Town’s legal standing.” It came hours after the selectmen approved another $2,000 in legal fees related to the proposed “God’s Acre Platform.” Among other things, the charges reflect a Jan. 19 Zoom meeting with Moynihan, Nicholas Bamonte, an attorney for the town, and Tucker Murphy, a staffer in the first selectman’s office. Murphy also served as a member of a committee that proposed the year-round flagstone terrace at the top of God’s Acre. The plan hit a roadblock when the Congregational Church of New Canaan asserted that it has legal rights to the property. Moynihan has called for the question of who owns God’s Acre to be resolved. At $28,032, the God’s Acre issue is the single most expensive legal matter handled by the town attorney this fiscal year. 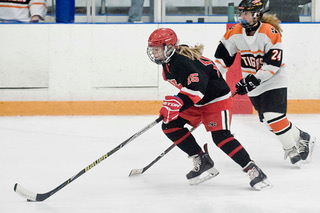 Congratulations to Caitlin Tully and Leo Magnus for being named New Canaan High School “Rams of the Week” for the week ending Feb. 12. “After missing all of last season on the Girls Varsity Ice Hockey team due to injury, Caitlin has worked hard to get back into the starting line-up,” the citation said. “Her work has paid off! After four games she has five goals and three assists.” Magnus helped lead the Boys Varsity Basketball team to a 2-0 start by contributing on both ends and giving us a boost with his exciting dunks.

Eyeglasses found at Irwin Park around 2:43 p.m. on Feb. 21 were turned in to police.

The tenant being evicted from a ca. 1735-built house on Ferris Hill Road is pushing back on her landlords. According to an answer filed Feb. 19 in state Superior Court, Fiona Fitzpatrick “did not receive property 30-day notice” ending her month-to-month tenancy and “therefore, Notice To Quit [was] served prematurely.” She added in her answer to the property owner’s complaint that the the “landlord’s cause of action is founded on false pretenses.” Referring to one plaintiff in the case who is identified as a contract purchaser for the property, she said, “They do not have a genie interest in taking the property as their primary residence but are interested in taking the property in order to sell the house.”

There’s interest from future operators in running The Playhouse on Elm Street as “a first-run movie theater or alternatives,” Moynihan told the Town Council Wednesday. “But we probably won’t have any news about that until April.

With generous support from Bankwell, Pet Pantry Warehouse, Walter Stewart’s Market and Stewarts Spirits, the New Canaan Chamber of Commerce is partnering with Yiftee to offer its gift cards online. E-gift cards now can be purchased from the Chamber’s website and then emailed or texted directly to the gift recipient, who can redeem them via their phone at the participating merchants. More information can be found here.

“Channel 79 has been unstable recently,” Moynihan said during Tuesday’s selectmen meeting. He referred to a public access TV channel that’s seeking even more taxpayer funding for fiscal year 2022. According to the budget now before the Board of Finance, the channel wants a 31.7% increase for operations and nearly $20,000 in taxpayer money for “studio broadcast system” equipment. 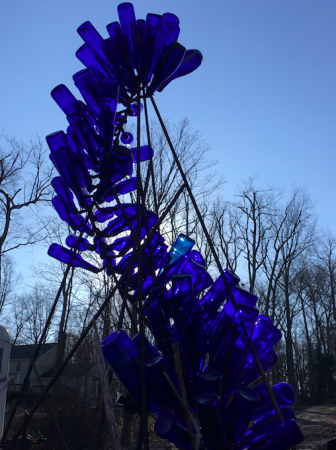 New Canaan’s Barbara Wills has been busy at Silvermine Arts Center, working under instructor Mark Andreas on a series of sculptures “upcycling” bottles that “bring color to my landscape,” she said.

A pretrial conference is scheduled for April 21 in the New Canaan Field Club’s 2-year-old appeal of the town’s tax assessment from October 2018, Connecticut Judicial Branch records show. The legal bill approved this week by the selectmen included $611 (that’s 2.6 hours at $235 per hour) in fees associated with the case.

Finally, the selectmen voted 3-0 Tuesday to appoint Toledo, Ohio native Susan Engel to the Board of Assessment Appeals.