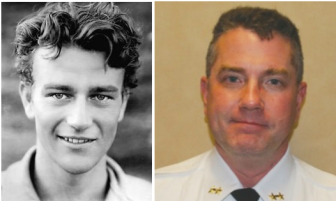 After voting during a Police Commission meeting Wednesday to approve the overnight closure of Main Street next month so that a Netflix crew can film part of a Christmas movie there, Commission Secretary Jim McLaughlin told the location manager, “Our chief, Leon [Krolikowski], has had extensive experience being on camera in various TV shows and crime shows. You’re gonna really want to do a screen test with him, find a part for him.”

Commission Chair Paul Foley chimed in with a straight face, saying, “You don’t have to guarantee him a job. Just try him out.”

McLaughlin added, “Just give him a shot. He’s often thought of as kind of a young John Wayne.”

“Movie Under the Stars” nights will be held at Waveny at 8 p.m. on Friday, June 4 and Saturday, June 5. Attendees can watch “Crazy Stupid Love” the first night and “Ocean’s Eleven” the next. Hosted by the New Canaan Community Foundation and the New Canaan Moms Community Collective, the two-night event raises funds for local charities. Walter Stewart’s Market is bronze sponsor, NewCanaanite.com is a media sponsor. More info here.

The volunteer, town-appointed committee that organizes the annual Family Fourth picnic and fireworks at Waveny voted unanimously during a meeting Thursday to set Saturday, July 3 as the date for the event (July 10 would be a rain date). Details on required parking passes, food vendors, entertainment and possible pandemic-related restrictions are still to come. (New Canaan’s fireworks operator is not available on the town’s accustomed date of July 4.)

The New Canaan Building Department on Tuesday received an application to demolish the 1954-built Cape at 96 West Cross Road.

The Board of Selectmen during its regular meeting Tuesday voted 3-0 to approve the hiring of Shara Carlos as an equipment operator for the New Canaan Highway Department. He’s worked 18 years for Ring’s End Lumber in Darien, according to the town’s human resources director, Cheryl Pickering-Jones.

The town, in its ongoing land ownership dispute with the Congregational Church of New Canaan, spent another $5,576 in April in legal fees on the matter of the proposed platform for God’s Acre, according to a legal bill approved by the selectmen. The charges listed include Zoom, telephone and email communications with First Selectman Kevin Moynihan and “town officials.” Tucker Murphy, a Moynihan staffer, had been listed by name in the past as one participant in related correspondence. The town has spent $46,934.50 so far this fiscal year on the matter—more than any other legal matter listed in the bill.

Halm recently issued 30-plus formal written warnings to New Canaan residents who have failed to license their dogs for the current licensing year. The next one starts after June 30.

A reminder that New Canaan’s VFW Post 653 has organized its annual placement of U.S. flags at the gravestones of veterans buried in local cemeteries for 8 to 10 a.m. on Saturday, May 22. All are invited to help. Those interested are to meet at 8 a.m. in Lakeview Cemetery. Send questions to Frances Wilson at fcavalierewilson@gmail.com.

Police at 7:41 p.m. Sunday received a vandalism complaint from a Valley Road resident that their vehicle’s windshield and windshield wiper had been damaged. It’s unclear where or when the damage occurred, police said.

Two more cars—unlocked, keys inside—were reported stolen from New Canaan residences early Monday. They were an Audi A3 stolen from Colonial Court, with items inside such as a car seat, jacket, drum equipment and golf club, and a 2017 Ram pick-up on Windrow Lane.

The New Canaan CARES Hybrid Home Tour is to be held 10 a.m. to 2 p.m. on Thursday, May 27. More information can be found here.

The town on Wednesday received an after-the-fact application for a partially finished basement at 2 Old Studio Road. The work had been done by a previous owner, the application said. The home last was sold in January 2018, tax records show.

Grace Farms Foundation is presenting a free webinar, “Hope Over Hate | Inspiring Allyship for Asian American Communities,” from 12 to 1 p.m. on May 26. Registration is required.

Superintendent of Schools Dr. Bryan Luizzi reported Thursday in this Tweet that New Canaan Public Schools for the first time this academic year had zero cases of COVID-19 and zero quarantines:

New Canaan Police arrested a 27-year-old Stamford man following a pre-dawn crash Wednesday on Talmadge Hill Road. Officers were dispatched to the scene at about 2:49 a.m. on May 19, according to a police report. There, they found a vehicle that had rolled over in the woods and was resting on its side, the report said. Following an investigation, police at 4:30 a.m. arrested the man on two counts of possession of a controlled substance or more than .5 ounces of marijuana, and also cited him for possession of drug paraphernalia and possession of marijuana. 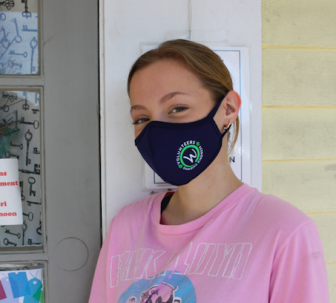 Waveny LifeCare Network’s New Canaan High School senior intern started this week. Rebecca Panella is a captain of the NCHS swim team and she will be spending time at the New Canaan Thrift Shop, The Inn and Waveny “to learn about the various aspects of our Waveny continuum,” the organization said. “Becky will be attending Northeastern and a fun fact about her is that she is a triplet.”

Stand Together Against Racism will host a candlelight vigil at 8 p.m. Sunday, May 23 on the lawn of St. Mark’s Episcopal Church to commemorate the one-year anniversary of the murder of George Floyd in Minneapolis. Details here. 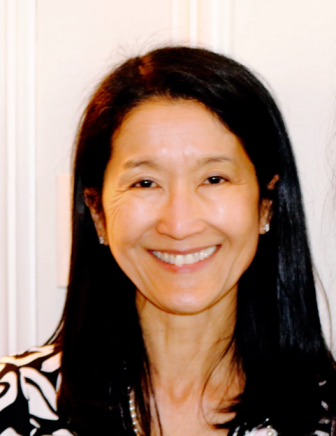