A peacock that had escaped from an Adams Lane property and wandered into Springdale was captured last Saturday in Stamford, officials say. 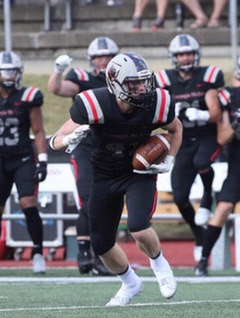 Congratulations to New Canaan’s Sean Knight, a rising senior at Carnegie Mellon University who was recently named as a first team selection (as a defensive back) to the CoSIDA Academic All-America Division III Football Team.

Two tires found on the side of the road near 16 Butler Lane around 7 p.m. Sunday were placed into property management at the New Canaan Police Department.

An area event worth booking:

A wallet found at about 2:24 p.m. on Aug. 19 in the area of 29 East Ave. was placed into property management at NCPD after its owner could not be reached.

Here are some more local events to put in the calendar:

Finally, the Exchange Club of New Canaan will host its 20th annual golf tournament on Sept. 28 at the Country Club of New Canaan. Proceeds from the tournament support the Exchange Club’s foundation, which this year donated over $200,000 to various charities in and around New Canaan. For more informatoin, please contact Mike Abbott at michael@abbott.cx or Bill Acker at backer4@optimum.net.