The Town Clerk’s office on Thursday received a qualifying Notice of Intent to Petition regarding the Town Council’s Aug. 25 10-0-2 vote to bond $10 million for New Canaan Library’s rebuilding project. The petitioners have 30 days from publication of the Notice of Passage in which to file their Petition for a Referendum, Town Clerk Claudia Weber said in an email. The filing comes about one month after preservationists sued the New Canaan Planning & Zoning Commission over the appointed body’s July approval of the library’s widely anticipated project. Asked about the referendum effort, Library Executive Director Lisa Oldham said in an email, “It is very unfortunate and sad that these people seek to deprive the children and families of New Canaan of their much needed and long-awaited new library. While hundreds of families, along with the town government have generously committed [about]$27 million to ensure New Canaan residents will soon have the library they deserve, this group now seeks to deny the entire community this wonderful community asset that will enhance the quality of life for all. ”

A bat on Aug. 23 flew into the lunch room of a maintenance building at the Transfer Station while employees were eating there. The bat was captured and tested negative for rabies.

Police are investigating the theft of about $2,300 in lawnmowers and lawn equipment reported stolen at 1:32 p.m. on Sept. 2 from New Canaan Nature Center property. 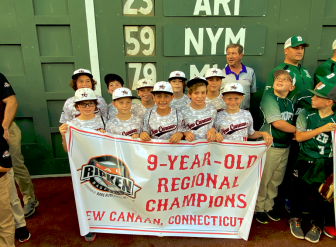 New Canaan Cal Ripken 9U team in front of the scoreboard at Fenway Park on Sept. 7, 2021. Contributed

A bicycle left outside the New Canaan YMCA was reported stolen at about 5:25 p.m. on Sept. 4. Police are investigating.

A mutilated cat was found Tuesday in the Orchard Hills condos off of Richmond Hill Road and police are searching for the animal’s owner. The cat most likely was killed by a coyote, officials said.

Caffeine & Carburetors is all set to run starting at 8 a.m. Sunday on Pine Street as well as the one-way stretch of Elm Street. It wraps up by 11:30 a.m. 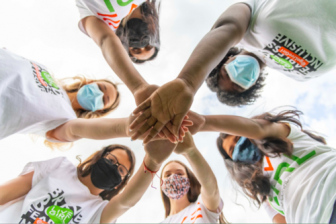 New Canaan-based nonprofit organization LiveGirl has expanded in-person and virtual offerings for girls in grades 5 through 12. Middle school girls may join an eight-week Confidence Club held at New Canaan Library, the YMCA or Saxe Middle School. They can also join a Sept. 17 “S’more Support” leadership summit at the New Canaan Nature Center. High school students may join the eight-week League and be mentored to launch a community impact project. All students starting in grade 5 can take advantage of “She Cares” free 1-on-1 mentoring that addresses areas ranging from mental health to college/career readiness. Learn more and register here.

Police at 7:31 a.m. Saturday arrested a 57-year-old Garibaldi Lane man and charged him with failure to pay or plead. An officer on patrol stopped him for driving a motor vehicle with an unregistered license plate. His driver’s license had been suspended and police had warrant out for his arrest on separate motor vehicle-related charges. He was released on $475 bond and scheduled to a appear Sept. 20 in state Superior Court.

The New Canaan High School class of 1981 is reminding classmates to register for its 40th reunion via Facebook. To be held Sept. 17 to 19, reunion gatherings will include Friday night’s Rams football game and Gates bar welcome, Saturday’s big soiree at the Roger Sherman Inn, Sunday’s picnic at Waveny and more. For more information, email balboablue@hotmail.com.

An iPhone found around 8:08 p.m. on Sept. 4 on Rosebrook Road near Bittersweet Lane has been placed into property management at the New Canaan Police Department.

Finally, the 24th annual Rich-Mich Softball Game will be played at 4 p.m. on Sunday, Sept. 19, at Waveny. It’s open to all (fully vaccinated) New Canaan men aged 40 to 80. Most don’t play softball during the year. Teams are picked at random. The free seven-inning softball game is usually over by 6 p.m. Those interested should contact Keith Richey at 1keithrichey@gmail.com.